Ruth  Platt’s new psychological based haunted house film, Martyr’s Lane, is set to begin production this summer. The film will be under the banner of the newly formed production company Escape Plan Productions. No cast has been announced at this time.

Oliver Kassman, the former head of production at Qwerty Films, left his position to begin Escape Plan Productions. The company will produce films and TV series in all genres. Martyr’s Lane will be Escape Plan’s first feature film. 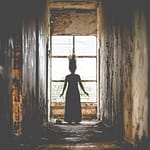 ← Prev: Horror Fuel's X-Files Recap to Start January 9th Next: Everyone Has A Secret In The Chiller Channel's Upcoming Original Series Slasher →

Tobin Bell, star of the Saw franchise, stars alongside Scott Hamm Duenas (Evil at the Door, "General Hospital") in the...