It’s been in vogue the past couple of years to address Santa’s counterpart, Krampus.  Cartoon appearances, a few movies (one of which was a major motion picture), t-shirts and sweaters, various other media are all filling up with this Christmas Demon.  But, where did he come from?  Why did he disappear? And why is he back?  So, sit back, get cozy on a chair in your new Christmas pajamas, and let’s explore the legend of this anamorphic demon.

The origin time period of Krampus is unknown.  Like St. Nicholas, he pre-dates Christianity and has been found in Alpine regions, Austria, Germany, Hungary, Slovenia, and the Czech Republic, he has stretched all through Europe and around the world.  It seems, however, that his origins are in Norse folklore.  The daughter of Loki (yup, Thor’s brother) is named Hel and oversees the land of the dead.  Legend is it that she bore a son to an unknown father who she named Krampus – or variations of the name such as Krampen – but essentially, his name means claw….Santa Claws?

I have found it interesting as I have researched this how many different looks Krampus is given.  But there are a few

common themes.  He has horns like the devil, a long whip-like tongue, and a flicking tail.  His torso is human, his legs are hooved like an evil fawn and his head is demonic and angry.

How he became associated with St. Nick is also unknown, but he became the darkness to Nick’s light.  Where the Saint poured out presents and good will on December 6 (Christmas at the time), the demon would come the night of the 5th called

Krampusnacht (Krampus Night) and flog children with a bundle of sticks or a whip made of horse hair.  In the darkest incarnations, Krampus actually kidnaps naughty children and drags them to hell to be damned there until the next Christmas.

Great legend, right?  I love it!  So, why did the Christmas demon get lost?  Well, the Catholic Church was in absolute power for centuries and did not like the idea of a saint being associated with a demon…Krampus was outlawed.

In recent years, a more bleak and jaded view of the Christmas season has become the

fad; therefore, people have searched for alternate ways for view the Holiday and escape from a Coke-drinking Santa and claymation Rudolph.  Like Freddy Krueger, the more people thought about a demon, the stronger he became.  Now Krampus is becoming relevant in pop culture.  Whole parades are devoted to him! Hopefully, in time,  he will regain his former glory.  After all, being stuffed into a wicker backpack and dragged down to the depths of hell is far greater penance for naughtiness than a measly lump of coal. 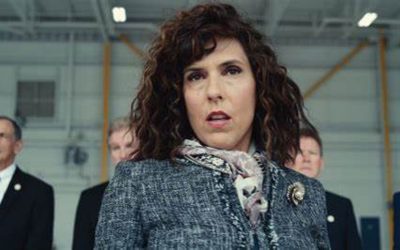 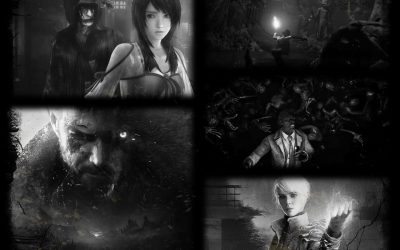 The gaming industry surely made up for lost time this year and horror games were among them. I've reviewed a lot of...