We’ve been following the development of FOX’s vampire series The Passage for a while now. Back in May we revealed plot details. Now, we can report that Saved by the Bell alum Mark-Paul Gosselaar will star in the lead role as an FBI Agent, Variety reports.

Gosselaar will be joining the cast alongside Brianne Howey (The Exorcist), Saniyya Sidney (Hidden Figures), Genesis Rodriquez (Tusk), Jennifer Ferrin (Hell on Wheels), and B.J. Britt (Agents of Shield), who will all be series regulars.
The hour-long series from executive producers Ridley Scott and Matt Reeves is expected to enter production this summer and is still aiming for the 2017-2018 season. The pilot is being filmed this month in Atlanta.
Based on Justin Cronin’s best-selling trilogy by the same name, The Passage is told over a century and centers on Amy (Sidney), a 10-year-old girl, who must save the human race. Gosselaar’s character refuses orders to kidnap Amy so that she can used for government experiments. The two go on the run with the feds hot on their heels.

Written by Liz Heldens, the series’ pilot will be directed by Marcos Siego who also serves as executive producer along with Scott, Reeves.

“The Passage” begins as a character-driven government conspiracy thriller that morphs into a post-apocalyptic saga with vampires. The series spans more than a century and focuses on a young girl named Amy who must save the human race.” Heldens has said.

We will keep you posted. 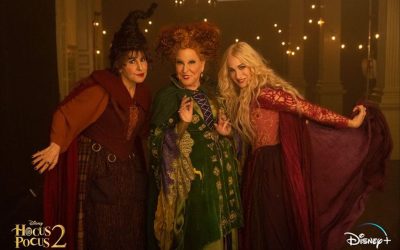 Disney has released the official trailer for Hocus Pocus 2, heading to Disney+ this September. Much of the trailer...