‘Demon House’ Documentary Issues A Warning In Its New Trailer 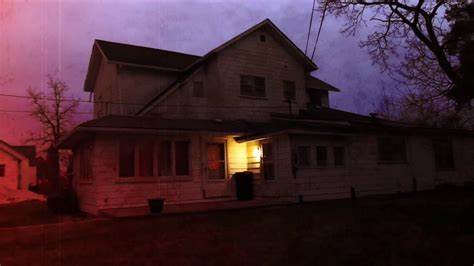 This March watch as Zak Bagans and his team enter “The Demon House” to document the supernatural events that made the house grab headlines over the past few years. The documentary’s trailer has now been released, but it gives you a strong warning to “watch at your own risk”, that “it’s cursed.

“Written, directed, and produced by the “Ghost Adventures” leader. the documentary features Bagans along with Father Michael Maginot and Dr. Barry Taff. Demon House was produced also by Joseph Taglieri and Mike Dorsey, and Jay Wasley.

The small house on Carolina Street, in Gary, Indiana looks normal from the outside, but there have been over 800 pages of reports of intense paranormal activity and even possession. Even the Captain of the Gary Police Department swears that the house is haunted. Various Mediums and Psychics have stated that the house is infested with hundreds of demons and ghosts. Mrs. Ammons’ who owned the home said her children were reportedly possessed while living in the house. The paranormal events include her and her three children being attacked repeatedly by an unseen entity, seeing ghostly figures, her children levitating and walking up walls, and the kids speaking in tongues and demonic voices. The local doctor, police chief, nurses, and others witnessed some of the events.

The house was demolished on orders from Zak Bagans after filming. Viewers can witness Demon House in theaters or on VOD on March 16, 2018.