Found-footage horror movie fans need to mark March 26th on their calendars because that is the date that San Francisco’s Unnamed Footage Festival will hold a live, one-time-only, day-long marathon of features and shorts, as well as Q&As with filmmakers and industry professionals. All the details follow in the fest’s official press release.

Since 2018, the Unnamed Footage Festival has brought a unique and often obscure selection of found footage horror, first-person POV cinema, and faux documentary to San Francisco, with previous festivals being hosted at the historic Balboa Theatre, the Roxie Theater, and ATA. Strange times call for strange measures, and like so many other events, the fourth edition of the annual film festival is moving to a virtual landscape in the form of a 24-hour long webathon.

UFF24hr will be a live, one-time-only, day-long marathon of weird and exclusive in-world camera features and shorts, alongside Q&As with filmmakers and industry professionals. Beginning on March 26th at 7 PM CST, the event will be hosted by the forgotten legendary broadcast icon Vernon Herman Salinger, in his first return to the public eye in three decades, and other surprise guests.

All proceeds from UFF24hr will be donated to non-profit and independent cinemas across the country who are in need of support, and virtual badges, which include access to the full 24-hour event for viewers in North America, will go on sale the first week of March for the cost of $10 USD. Additional donations will be collected throughout the night and into the next day — as long as the team can stay awake to receive them.

UFF is thrilled to announce a new partnership with the lifestyle drug Waketrix as our presenting festival sponsor. A revolutionary sleep suppressant soon hitting the market, Waketrix is now holding a special promotion and raffle for a free UFF24hr badge and virtual merch pack. To enter the raffle, and to learn more about Waketrix, visit their website: https://www.waketrix.info.

In this first wave of feature titles, UFF is proud to announce Gillian Horvat’s I Blame Society as the opening film — the latest found footage release making waves with fans and critics alike. Writer/director Horvat plays a fictionalized version of herself working on a documentary exploring her friends’ belief that she has the ability to commit murder.

Additional feature films from the lineup include the following.

Director Eugene Kotlyarenko’s (Spree) sophomore feature 0s & 1s is exploding with nostalgic internet ephemera as a pioneering screenlife comedy set entirely on a computer screen from the 00s. James Pongo (Morgan Krantz) has a cushy job, a busy social life and an alluring love interest all through the click of a mouse. But when he wakes up after a night of reckless partying to discover that his computer is missing, James’ hyper-connected reality takes a nosedive.

A collaboration between Megadeth bassist David Ellison and Bang Tango guitarist Drew Fortier, Dwellers is a found footage horror set in the deep, damp sewers of L.A. While shooting a documentary, a filmmaker and his crew go missing while uncovering a terrifying and vicious secret below the city’s surface. It’s C.H.U.D meets The Blair Witch Project featuring surprising cameos from several rock legends.

Aiden Doherty, once a skate legend, returns home from rehab to star in a documentary about his recovery in the lo-fi, Ohio punk skateboarding thriller Poser.  But it doesn’t take long for the project to derail when a drug stash is uncovered in an old hangout spot. Directed by up-and-comer Jake Striebel, and with a killer garage punk soundtrack featuring tracks from Together Pangea and The Raging Nathans.

An exclusive screening in collaboration with the anonymous filmmaker themselves. A man’s curiosity over his neighbor’s murder becomes a conspiratorial descent into madness. Since the premiere of Murder Death Koreatown at UFF3, the film has garnered a cult following for its bizarrely unnerving blending of reality with fiction. This replay of the film will be a different cut than the version available on streaming platforms, with more surprises to come.

More titles will be announced shortly, along with the full schedule and ticket sales, on the Unnamed Footage Festival website:

UFF24h will be accessible for audiences in  North America, with any additional countries to be added and announced closer to the event.

← Prev: Dive Into The True Story Inspired Aquatic Horror 'Buoyancy' Next: Everything Coming To Shudder This March → 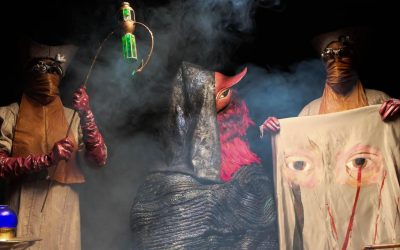 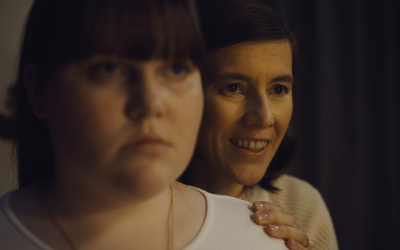 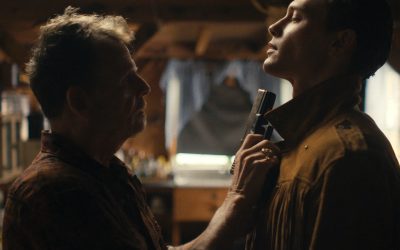 LGBTQ horror is having a strong year, from the film festival success of Hypochondriac to the upcoming Kevin Bacon...