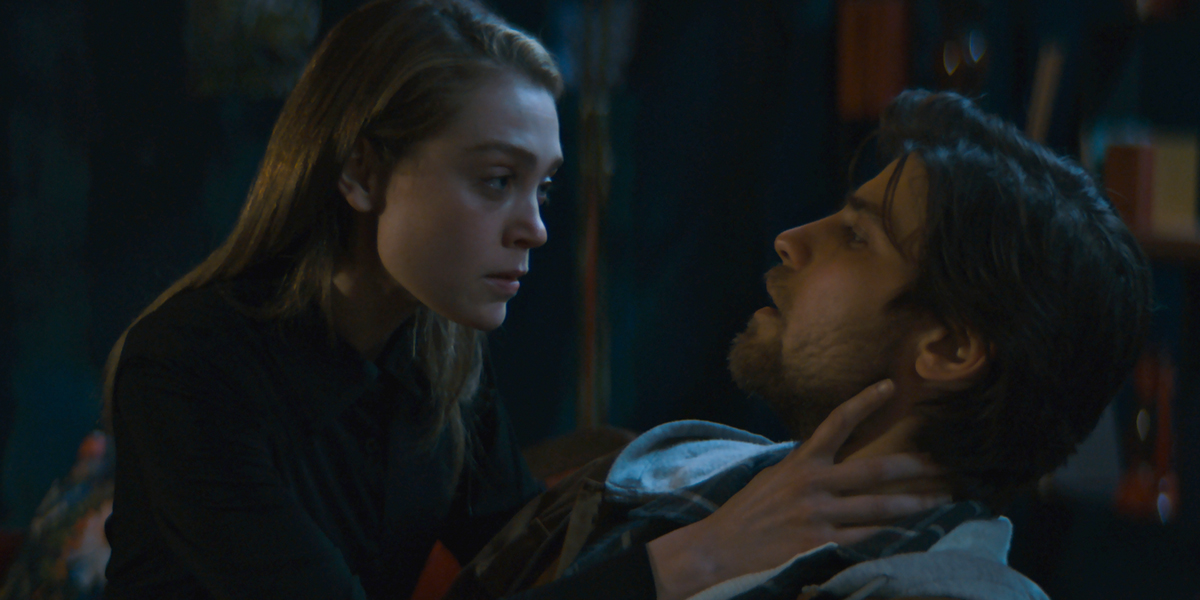 Director Blaine Thurier’s Kicking Blood is a stylish vampire film that, like The Addiction (1995) and other entries in the genre, deals with these undead creatures’  thirst for blood as a chemical dependency. Anna (Alana Bale) is one such bloodsucker, and when she invites alcoholic and suddenly homeless Robbie (Luke Bilyk) to her place and tells him “I’m going to suck your blood and get high . . .”, he invites her to do that but after one last request. He then pours a bottle of booze down the sink and proclaims that he will never drink again as long as he lives. Intrigued by his oath, Anna refrains from biting him, and as she goes on to admire his determination to stick to his promise when giving in to his cravings would be so easy, she begins to rethink her lifestyle. Her vampire partners with whom she hunts, Nina (Ella Jonas Farlinger) and Boris (Benjamin Sutherland), are none too pleased with these new developments, and an old flame of Robbie’s named Vanessa (Vinessa Antoine) comes back into his life and tries to get him to fall into his old ways. Bale is outstanding in her portrayal of a conflicted vampire who loves the kicks but who happens to strike up friendships with humans who don’t know about her undead side. She and Bilyk play off each other well, and the supporting cast members all give top-notch performances. Thurier infuses the proceedings with a wry, dark humor, crafting a stylish vampire tale with kills that hold meaning and a solid focus on the well-developed drama. 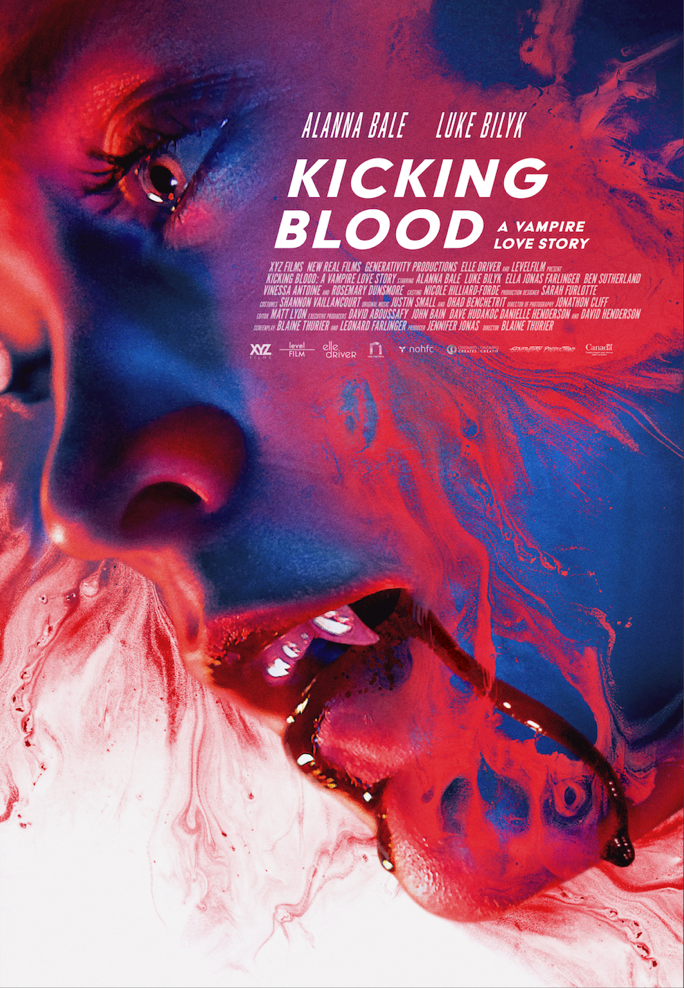 Mlungu Wam (AKA Good Madam; 2021) is a South African film that comments on the long shadow of apartheid while delivering a solid horror tale. Tsidi (Chumisa Cosa) had taken care of her recently-deceased grandmother and expected to live in the house where she did so, but family politics take precedence and she is forced to take her young daughter Winnie (Kamvalethu Jonas Raziya) to live with their estranged mother, Mavis (Nosipho Mtebe), who has been the live-in housekeeper for wealthy white woman Diane (Jennifer Boraine) for the past 30 years. Tsidi, who grew up in the suburban Cape Town house, holds this against Mavis, and she is also displeased that her half-brother Stuart (Sanda Shandu) was raised there by  Diane as brothers with Diane’s own sons. Besides the bad memories that linger in the house for Tsidi — along with her comparisons of Mavis living an apartheid-like existence regarding her relationship with the ailing Diane — other haunting, sometimes esoteric mysteries come to light, leading to a third act delivering eerie horror. Cosa gives a fine performance of a strong-willed woman confronting class and patriarchal systems. Mtebe invests her character with an unruffled, stoic demeanor, and the two actors have fine chemistry together. Director Jenna Cato Bass balances both horror and drama dealing with familial, generational, societal, and psychological aspects impressively. 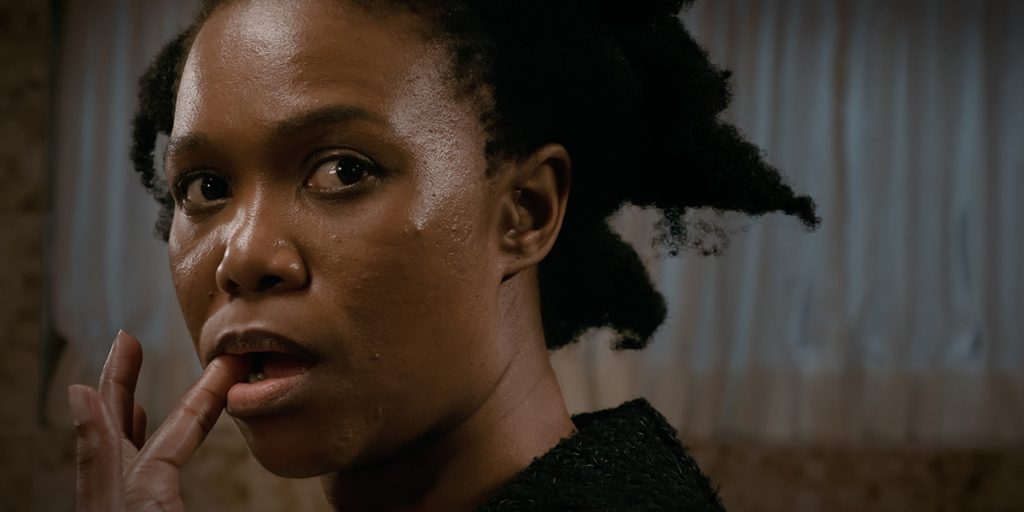 ← Prev: Contriversal Film 'Megan Is Missing' Is Coming To Blu-Ray For The First Time Next: Netflix Unveils The Trailer For Slasher 'There's Someone Inside Your House' →