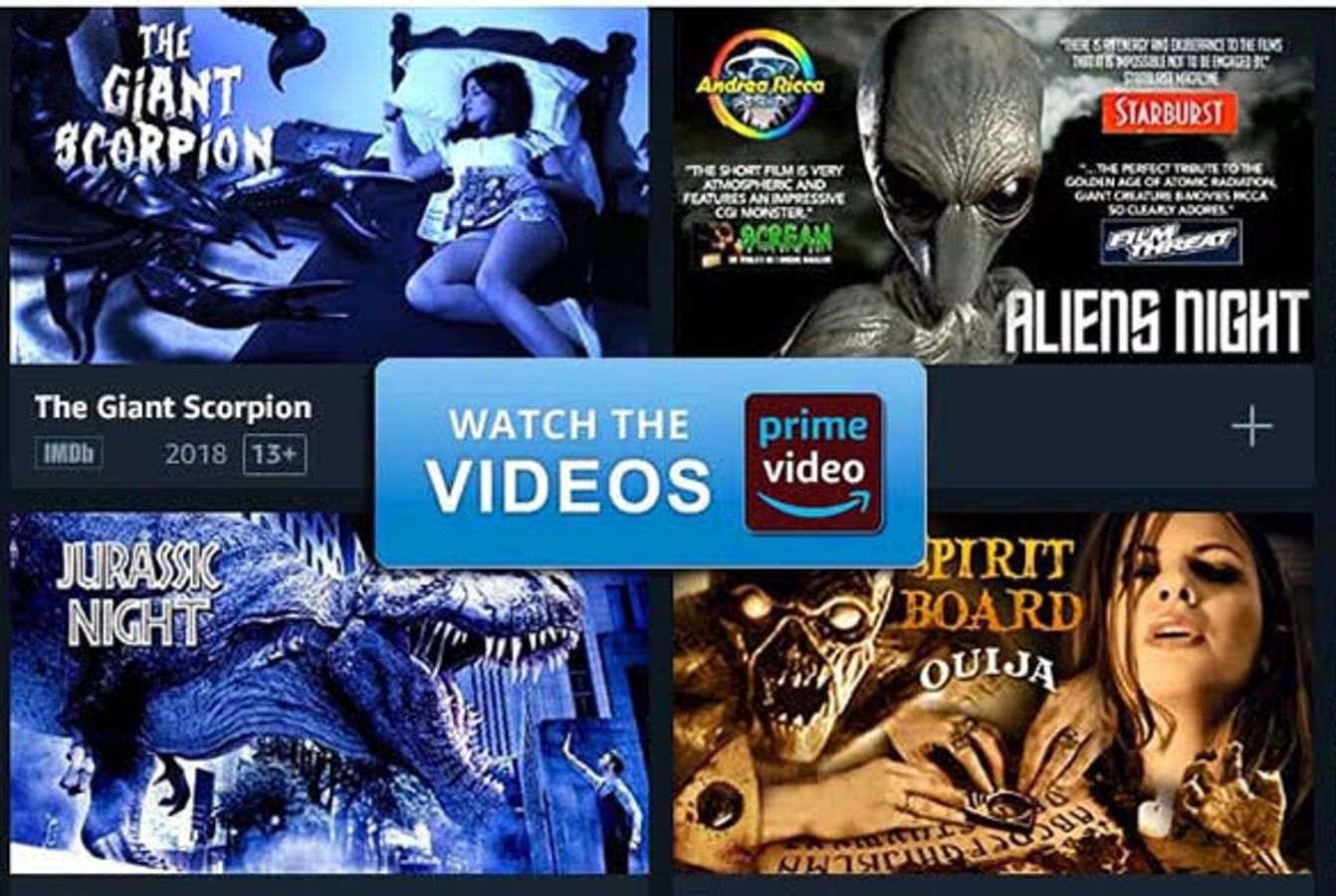 The streaming site  Andrea Ricca announces their new collection of over twenty science fiction, adventure, horror, and fantasy films, with 3D special effects, by director Andrea Ricca, which has surpassed over 40 million views, is available now online for free.

Fans of science fiction, horror, fantasy, and adventure films can enjoy these mini-films with a maximum duration ranging from 5 to 10 minutes, on any device, from tablet to mobile, suitable for quick use on the web. You can view the entire collection in just over an hour, or simply watch a mini film when you have a few minutes to spare.

Filled with emotion and action, these short films tell of alien abductions, paranormal events, and monstrous creatures attacking the tranquility of ordinary people forced to fight for their lives. Made with real-life actors interacting and acting with computer-generated creatures, the films are inspired by both classic and modern science fiction and horror, and by directors such as Spielberg, Zemeckis, Roger Corman, George Lucas, etc.
An example of the new ways of communication and expression allowed by new technologies such as the internet and by the increasingly accessible prices of shooting equipment.

Fortunately, despite having been produced with a zero budget and published non-profit, with the sole intent of entertaining and perhaps thrilling the web audience, often with strong women as protagonists, the short films have been very successful with both audiences and critics, exceeding 40 million views overall online and getting positive reviews from the international press. Among the most successful films, we remember Spider Danger, which tells of a spider that became giant after the fall of a meteorite, with over 8 million viewers, and Aliens Night on the theme of alien abductions, with 9 million views.

Watch the new collection now for free on the site or on Amazon Prime.