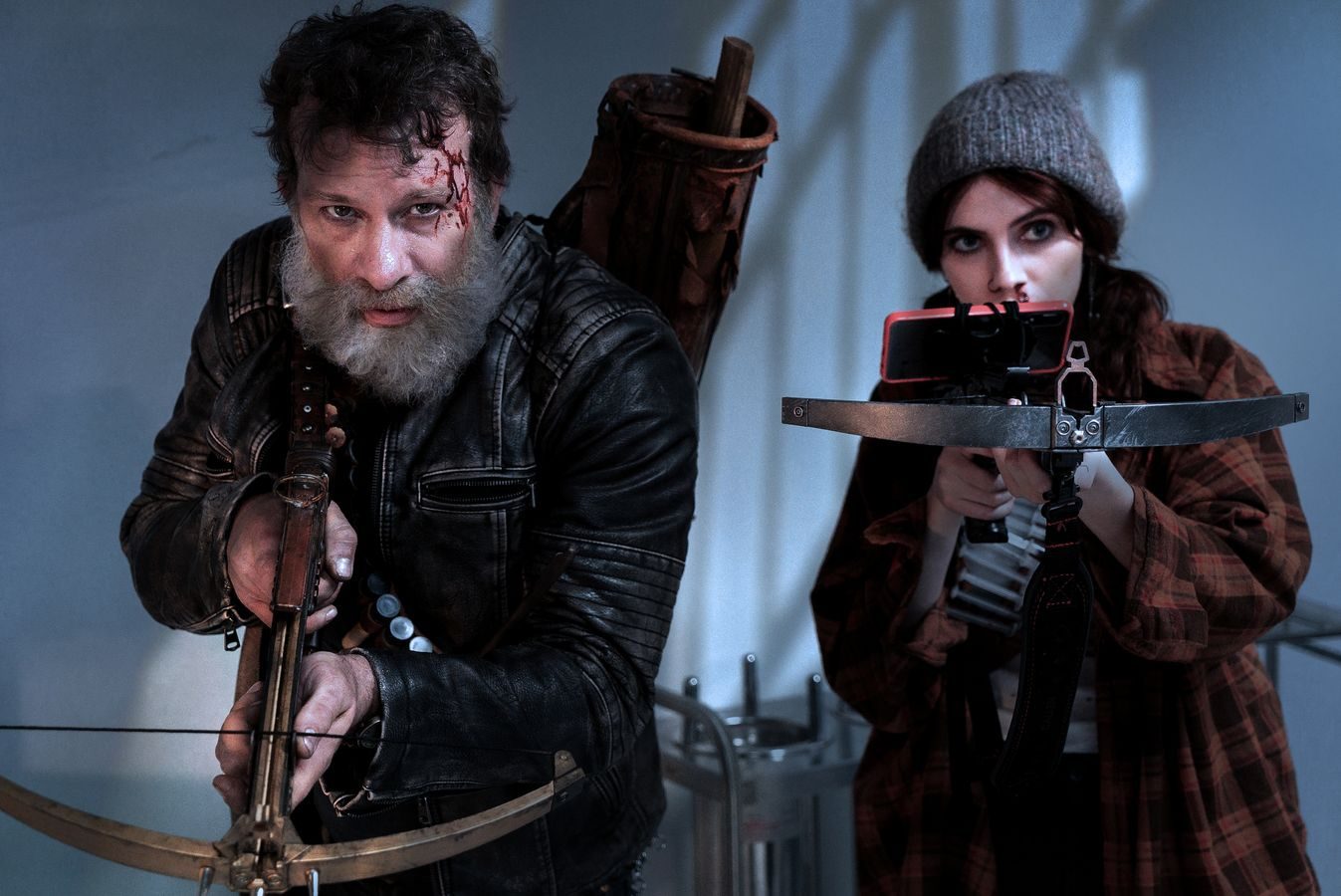 Slayers, directed by K. Asher Levin and written by Levin and Zack Imbrogno, centers on “Elliot Jones (Thomas Jane) who has made it his life’s mission to search for the vampire who murdered his teenage daughter. Jones gets his shot at revenge when The Stream Team, a group of trendsetting social media superstars including party-girl Jules (Abigail Breslin) and Gen-Z pro-gamer Flynn (Kara Hayward), is offered a once-in-a-lifetime opportunity to meet with reclusive billionaire Beverly Rektor (Malin Akerman) at her multimillion-dollar vacation compound. However, the group quickly learns it’s not an evening of fun and games, but instead a night of survival when they discover their host is a descendant of a long line of vicious blood-suckers and they are trapped in her house of horrors! Can Jones help them survive or will they become just another short-lived trending story?”

I think Slayers is going to be a vampire movie with a big bite and I’m proud to be a part of it,” noted Thomas Jane.

We are excited to introduce a film with an original twist on a classic monster tale with such a talented cast to international buyers. The vampire genre is always compelling and it’s thrilling to see them hold their own in the age of social media, having them go fang to fang with superstar influencers,” said JJ Caruth, President of Domestic Marketing and Distribution for The Avenue. “Slayers is made in the tradition of beloved horror-comedies such as From Dusk Till Dawn and Shaun of the Dead. The Mist’s Thomas Jane and Zombieland’s Abigail Breslin are the perfect pair to bring this film to the screen,” added Highland Film Group COO Delphine Perrier.

Hopefully, the premiere date will be announced soon. We’ll keep you posted.