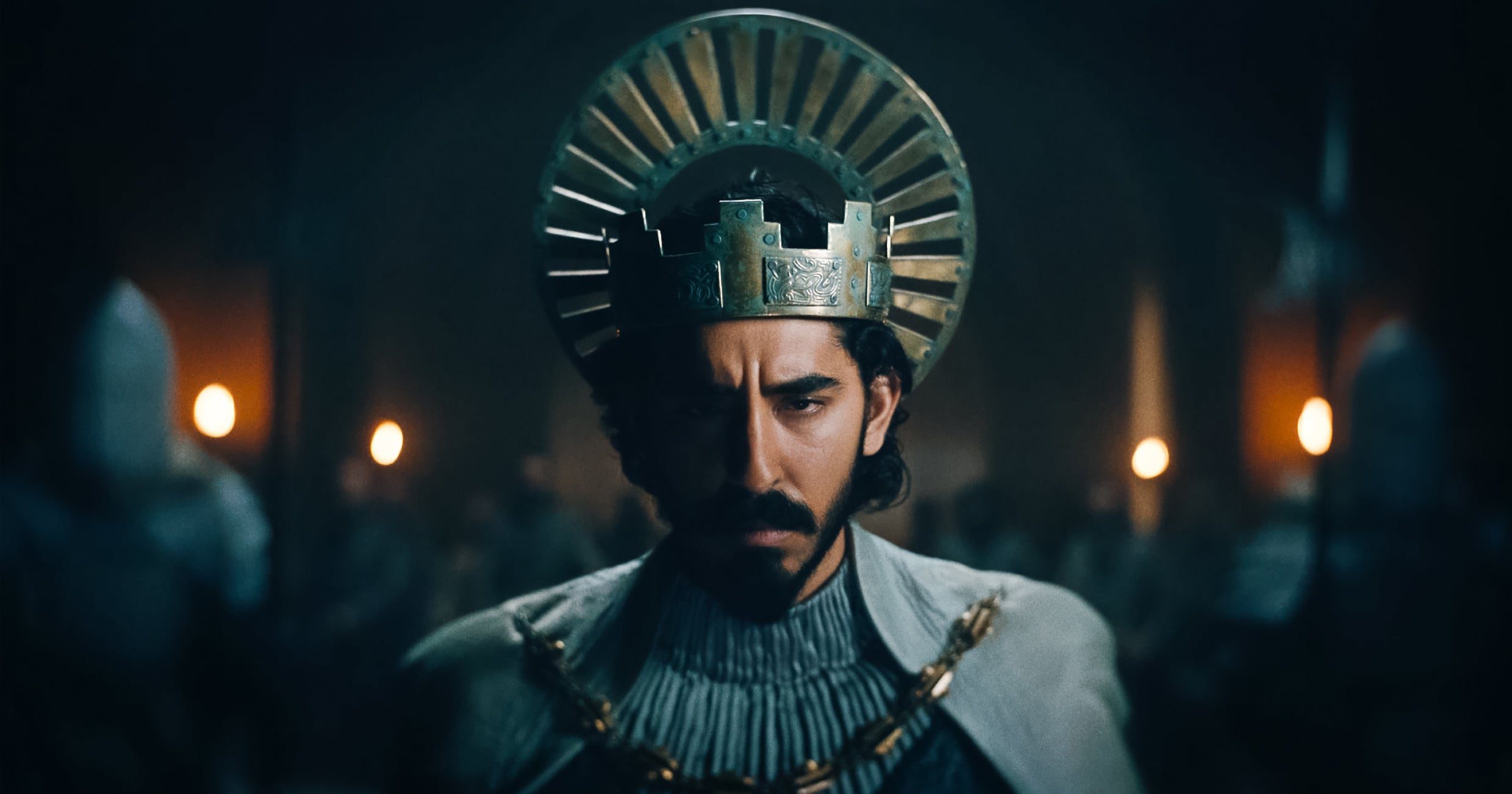 This October, writer-director David Lowery sends viewers back into the 14th century, a time when Christianity was just taking hold and the old gods still carried favor, to witness the life of Sir Gawain and his quest for honor in a world where magic is real, in The Geen Knight, based on the classic Arthurian poem Sir Gawain and the Green Knight written in the fourteenth century.

In the film, Gawain is invited to sit next to his uncle, King Authur at a Christmas celebration. When a challenge is given for someone of the court to face the Green Knight, Gawain accepts. As part of the “game”, Gawain must face the Green Knight again exactly one year later. When the time comes Gawain sets out on a journey that will change him forever.

Gawain is played by Dev Patel and he does a fantastic job of emoting his character’s fear and suffering as he faces hardship after hardship on his path into the dark but amazing world.

I  wondered why writer-director David Lowery deviated from the legend a bit until I watched the bonus features and he explained he wanted to make it a little more fitting to today. While the film makes Gawain come across as more down-to-earth, more human, it also makes him comes across weaker than he’s ever been in the lore. The ending is also different.

I find it impressive that the names of King Arthur and Morgan le Fay are never actually spoken in the film, but the period and characters are instantly recognizable as is the round trouble. It’s a twist on a legend that is so deeply ingrained in our minds that we can identify the stories without names.

As for the Green Knight, he is large, with an imposing human shape but he has a face and body made of wood and vines. When he swings his huge ax it sounds like the rustling of branches. He is part of nature itself. According to the poem, he was born as a man named Bertilak de Hautdesert and was transformed into the Green Knight by Morgan le Fay, a half-human and half fairy, a witch and the half-sister of King Arthur, and mother to Gawain. The Green Knight’s creation is not included in the film which would have been nice to see.

Speaking of nature, it plays a huge part in the film from the forest to the fox that follows Gawain. In my opinion, water plays a huge part in the film and appears to mark times of change for characters throughout it. The first time we see the water it is in a leaking roof at the beginning of the film. Gawain is in what I assume to be a whorehouse, happy and basking in the arms of the woman he cares for, dare I say, loves. Then we see it again and again, from the stream where he is getting water for his horse or the body of water near the chapel of the Green Knight, when Gawain has become more of a man, ready to seemingly face whatever comes.

The Green Knight is stunning. Between its scenes filled with antique opulence to the bold colors used to light everything from the forest to the stages of Gawain’s journey,  it is beautiful. The film’s cinematography is reason enough to watch it all on its own. But don’t worry, there’s an action-packed and emotional story there too. It’s all about honor, being a better person and about redemption, as well as regret.

Lowery has created an amazing tale that tackles strong subjects like family, honor and searching for our place in the world. It’s a beautiful film that pulls you in and keeps you invested in the story and its characters. It’s a must-see.

Boldest of Blood and Wildest of Heart: Making The Green Knight takes us behind the scenes of the film and gives us a glimpse into the mind of both the director and the star as they discuss Gawain.

Practitioners of Magic: Visual Effects: This shows us how the movie came to life and how scenes were created, which is fascinating to watch.

Illuminating Technique: Title Design discusses how the title and captions were designed to be fresh and bold but at the same time echo the time when the poem was written.

The theatrical trailer is also included.