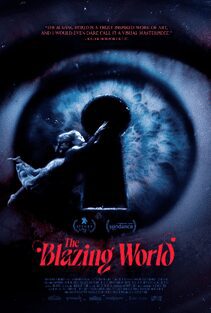 Director, writer, and star, Carlson Young takes us into another dimension this October with the fantasy thriller The Blazing World, which Young co-wrote with Pierce Brown. Ahead of its release, we have the trailer and a new clip titled “What are You” to share with our readers.

In the film, decades after the accidental drowning of her twin sister, a self-destructive young woman (Carlson Young) returns to her family home, finding herself drawn to an alternate dimension where her sister may still be alive. Through an epic journey down the darkest corridors of her imagination, she tries to exorcise the demons pushing her closer and closer to the edge.