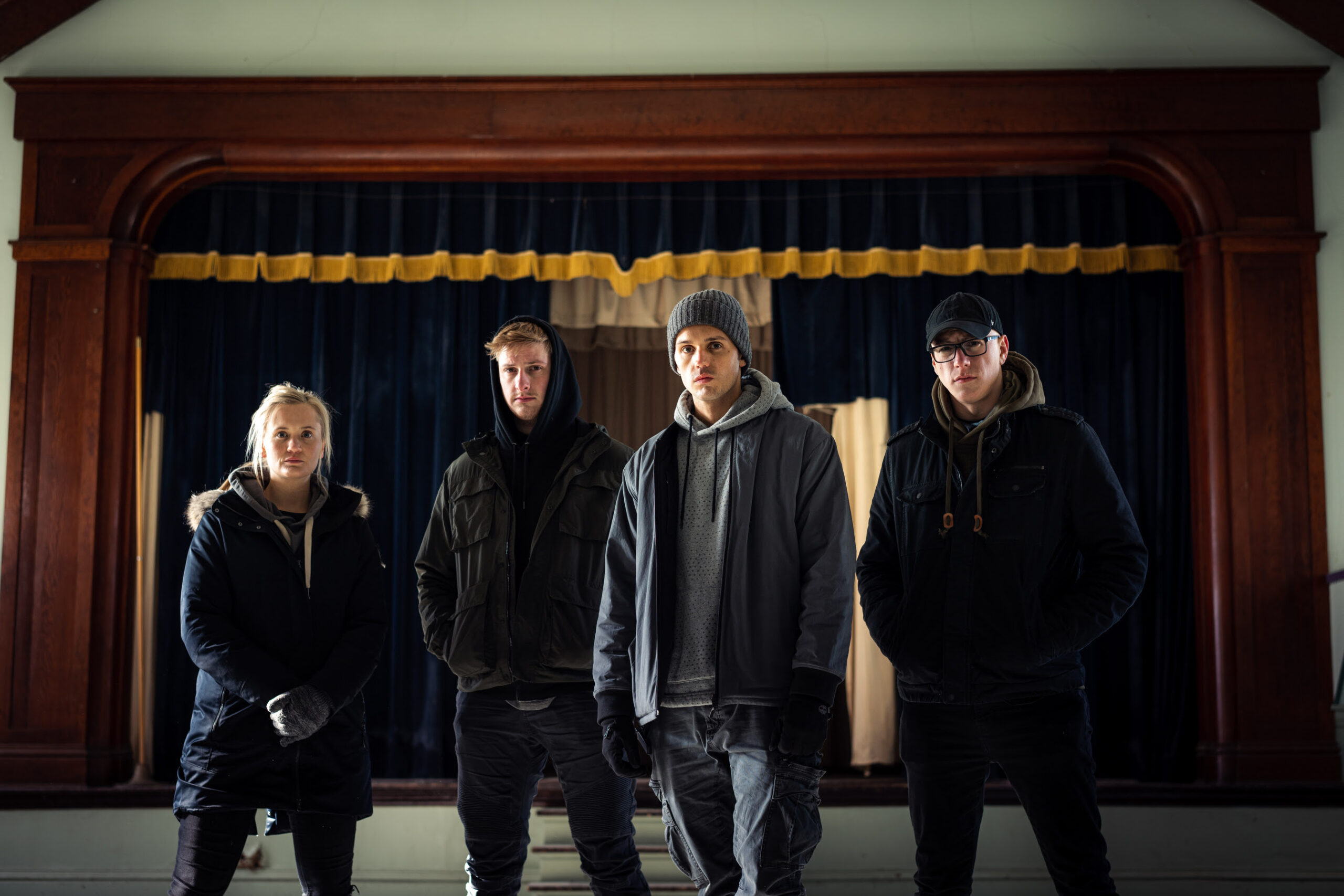 Traveling the haunted highways, byways, and back roads of America, the fear-chasing foursome test their endurance for fear as they explore and spend the night alone inside the nation’s most haunted and scariest places. And in an epic season finale, the team packs up their passports for their first-ever international destination together: Ireland. New episodes will debut Saturdays at 9 p.m. ET/PT on Travel Channel and begin streaming the same day on discovery+.

In this latest quest for answers about fear and the paranormal, the group tackles new frontiers – literally, exploring in locales they have not gone before and buildings that have never been investigated, such as the Indiana State Sanatorium. Using sensory deprivation tactics to augment their fear experiment and investigating under the harshest conditions they’ve ever faced, the team is put to the test mentally, physically, and emotionally. And in an epic excursion, Dakota, Chelsea, Tanner, and Alex will head overseas to Ireland’s stormy coast – where they face ancient evils they’ve never seen before. It’s a whole new level of fear inside Loftus Hall, a 14th-century mansion that has been cursed since the beginning, and Spike Island – one of Ireland’s most haunted and notorious prisons.

In the premiere episode, the foursome head to Twin Bridges Orphanage in Twin Bridges, Montana, an abandoned orphanage with a tragic and horrific history. The utter sadness and devastation of the orphanage’s children permeate every corner of the building with deep, dark energy. Many claim this energy is not the children’s, but rather something much more ominous. While childish apparitions and sounds are frequently heard, many believe an evil entity is masquerading as the innocent. To connect with the dark energy here, Dakota has planned an experiment and novel approach for the team that will burst their preconceived notions about the paranormal. All four confront personal terrifying encounters, and Dakota finds himself communicating with someone – or something – that may not be what it seems.

The team finds themselves blinded by terror in an abandoned Montana orphanage. When Dakota attempts to tap into the dark energy that permeates the facility, he heaps fear upon the team and communicates with something that may not be what it seems.

The team rolls into Mineral Wells, Texas, to investigate one of the most haunted hospitals in America – the Old Nazareth Hospital. Chelsea is unhappy to discover a haunted doll room on the premises, and the team is not prepared when a wave of pent-up paranormal energy is unleashed upon them.

The team digs deep as they mine their darkest fears at the Phelps Dodge Hospital, an abandoned hospital in Ajo, Arizona. Faced with a vicious entity that hates men, they get more evidence than they dared hope for. But hope turns to horror when one of them gets a ghostly death threat.

Still reeling from a ghostly warning, Dakota and the team head to one of America’s deadliest prisons – Nevada State Prison, a place packed with tortured entities. True fear strikes their hearts when a spirit reaches out to the team for an unimaginable request.

It’s Tanner’s turn to pick the next stop, and his plans for revenge take a truly dark turn at a deserted Pennsylvania hospital. Dark entities, doppelgangers, and poltergeists lurk around every corner, but what the team hear is the most terrifying of all.

Alex pushes new fear boundaries with his pick for the next stop. Not only has the Indiana State Sanatorium never been explored, nobody in the world knows what lurks within its walls. This investigation will challenge the team unlike any other!

The team jumps out of their comfort zone and across the pond to the rugged and stormy coast of Ireland – and their first-ever international investigation together! They’re prepared to come face-to-face with poltergeists, ghostly nuns, and maybe the devil himself inside Loftus Hall, a cursed 14th-century mansion. It’s a location that will test Dakota’s theory that the older and more ancient the entity, the more active and frightening it becomes.

The second part of the team’s epic trip to Ireland takes them to Spike Island, one of Ireland’s most haunted and notorious prisons – also known as “Hell on Earth” and “Ireland’s Alcatraz.”  The dark forces on the island are overwhelming, and terror hits Tanner like a ton of bricks. But something else lights up Dakota with a fear he’s never experienced before.