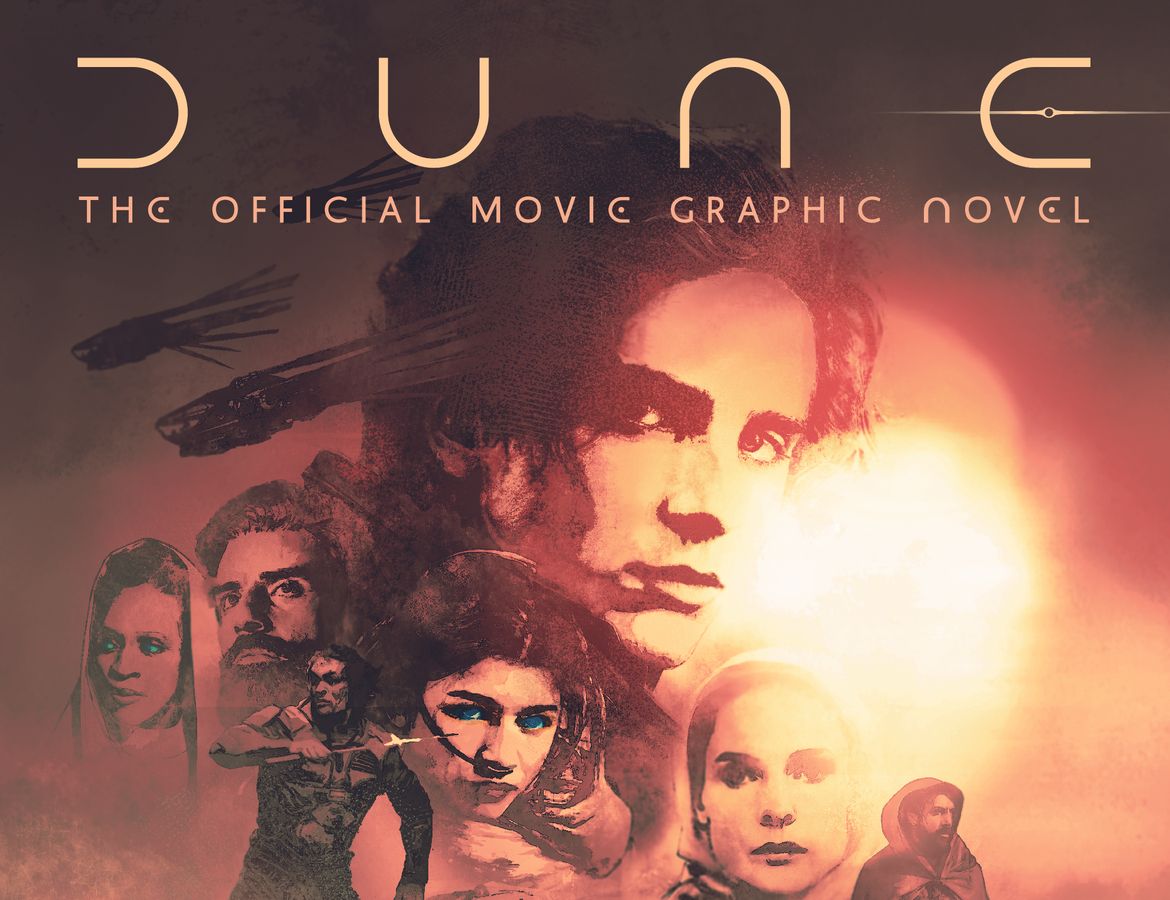 Legendary Comics, in cooperation with Herbert Properties, LLC, announced today the official movie graphic novel based on Warner Bros. Pictures and Legendary Pictures’ Dune, which has just made its premiere in theaters and on HBO Max, based on the critically acclaimed film adaptation of Frank Herbert’s seminal bestselling book from Academy Award-nominated filmmaker Denis Villeneuve.

Both the graphic novel and the film tell the epic hero’s journey of Paul Atreides (played by Oscar nominee Timothée Chalamet). Dune: The Official Movie Graphic Novel, is adapted by writer Lilah Sturges (Legendary Comics’ The Science of Ghost, Lumberjanes) with art by Drew Johnson (Legendary Comics’ Godzilla: Aftershock and Godzilla Dominion) and colors by digital painter Zid (Legendary Comics’ Kingdom Kong) and colorist Niezam, features beautiful artwork that brings the cinematic vision of Dune to the world of sequential art. Limited editions of the graphic novel are now available for pre-order today exclusively on Kickstarter, with the book trade edition to follow. Both editions are set to be released in February of 2022, but fans can now pre-order the comic now.

Partnering with Rocketship Entertainment, the limited-edition Kickstarter releases of Dune: The Official Movie Graphic Novel feature four distinct covers. Comic legend Bill Sienkiewicz, who created the original Dune comic for Marvel in 1984, returns to the Dune universe to contribute the cover for the graphic novel. Three additional variant covers from Drew Johnson and Zid, U.K. illustrator and comic artist John Ridgway (2000 AD, Hellblazer, Doctor Who), and comic legend Tim Sale (Batman: The Long Halloween, Superman: For all Seasons) will also be available. Exclusive merchandise and collectibles will also be offered through Kickstarter.

As a fan of both the book and our film, I wanted to bring Denis Villeneuve’s amazing vision and this all-star cast to the world of comics, and with the cooperation of Brian Herbert and Herbert Properties, LLC, we have done just that with an amazing group of creators,” said Robert Napton, Senior Vice President of Legendary Comics.

A mythic and emotionally charged hero’s journey, Dune, tells the story of Paul Atreides, a brilliant and gifted young man born into a great destiny beyond his understanding, who must travel to the most dangerous planet in the universe to ensure the future of his family and his people. As malevolent forces explode into conflict over the planet’s exclusive supply of the most precious resource in existence—a commodity capable of unlocking humanity’s greatest potential—only those who can conquer their fear will survive.

Watch Dune now in theaters or on HBO Max and pre-order the comic now.

← Prev: ‘A Quiet Place’ Video Game Is In Development Next: A Masked Killer Is On The Hunt In ‘Terror At Black Tree Forest’ (Trailer) →