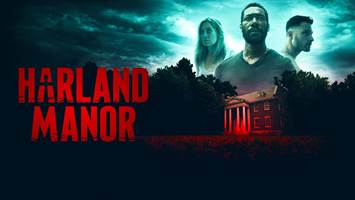 As part of its “Terror on Tubi” programming, Tubi’s original horror film Harland Manor is out now on the free streaming service.

The film follows a team of paranormal investigators documenting the hauntings of the once beautiful 20th-century brick building, the Harland Manor. As the spirit chasers delve more into the mysterious activities, they also find themselves haunted by the vicious spirits that never left the home.

Watch Harland Manor now on Tubi and check out their “Terror on Tubi” program featuring 5,000 horror and Halloween movies, specials, and more.

Tubi has more than 35,000 movies and television series from over 250 content partners, including every major studio, in addition to the largest offering of free live local and national news channels in streaming. The platform gives fans of entertainment, news, and sports an easy way to discover new content that is available completely free.

← Prev: Apocalyptic Horror-Thriller ‘Broken Darkness’ Is Out Today! Next: →