Movie Reviews: “Father of Flies” and “The Exorcism of God” (Screamfest) 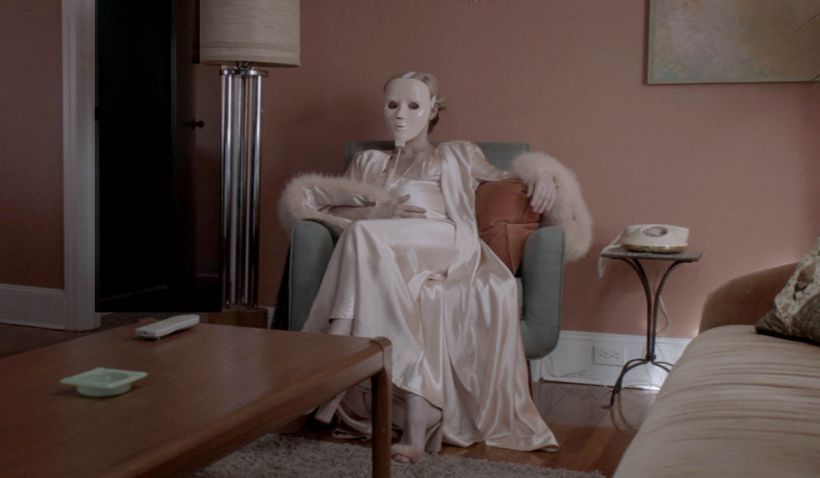 Director Ben Charles Edwards delivers gripping horror inspired by his childhood with U.S./U.K. coproduction Father of Flies (2021). This one is all about tension, unease, and an increasingly eerie atmosphere, all of which Edwards, who cowrote the screenplay with Nadia Doherty, delivers in spades. Richard (the late Nicholas Tucci in a stirring performance) — father to young, hearing-impaired son Michael (Keaton Tetlow) and rebellious teenage daughter Donna (Page Ruth) — has separated from the children’s mother Linda (Sandra Andreis) and forbidden her from coming to the house to see the children. Not only that, he has had his new girlfriend Coral (Camilla Rutherford) move in, much to the chagrin of the children — and something evil seems to have moved in with her. Neighbor Mrs. Start (Colleen Heidemann), who has some unusual mannerisms and interests, seems to be aware of this last point. The family’s rural home is as haunted by the problems and actions of all those who live — or until recently lived — there as it is by the sinister presence that pervades throughout the dwelling and its surrounding property. Edwards crafts a macabre setting for all involved, but it may be Michael who bears the worst of the terror, from monsters in his bedroom to the static-filled television screen showing an increasingly menacing clown and beyond. Father of Flies offers plenty on which to chew and runs several of its characters through emotional wringers, with a bit of ambiguity to further flavor its eldritch tone.

The Exorcism of God 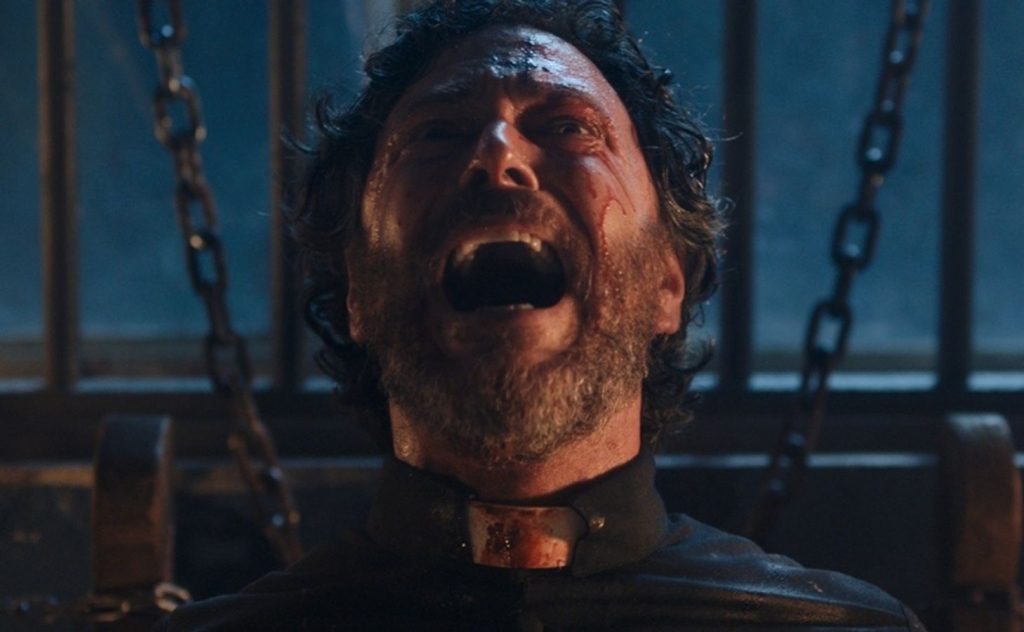 When it comes to tried-and-true possession movie shocks and blasphemous elements, director Alejandro Hidalgo’s Mexico/U.S. coproduction The Exorcism of God (2021) takes no prisoners in its story of Father Peter Williams (Will Beinbrink in a striking lead performance), who himself became possessed during an unsanctioned exorcism and later became considered a saint because of his care for sick children in rural Mexico. The demon who had possessed Father Peter is back, nastier and more deadly than before, it seems, and is exploiting a terrible secret that the priest has done his best to keep under wraps for many years. Hidalgo and screenplay cowriter Santiago Fernández Calvete aim for higher targets than mere surface-level jolts and jump scares, though, with skewering attacks on organized religion. The Exorcism of God is meatier and more unsettling than most exorcism films in recent memory, certain to serve up “Should I be watching this?” thoughts in many a viewer. Hidalgo knows how to deliver terror and tension, and he is aided by a solid cast — including Joseph Marcell in a fine supporting performance as renowned exorcist Father Michael Lewis, Irán Castillo as former nun Magali, and María Gabriela de Faría as the possessed Esperanza — and impressive CGI effects.

Father of Flies and The Exorcism of God screen as part of Screamfest, which runs October 12–21, 2021 in Los Angeles, California. For more information, visit https://screamfestla.com/.

← Prev: ‘A Plague Tale: Innocence’ Out Now On PS5 & XBSX Next: ‘The Accursed’ Trailer Digs Up Buried Secrets And A Family Curse →