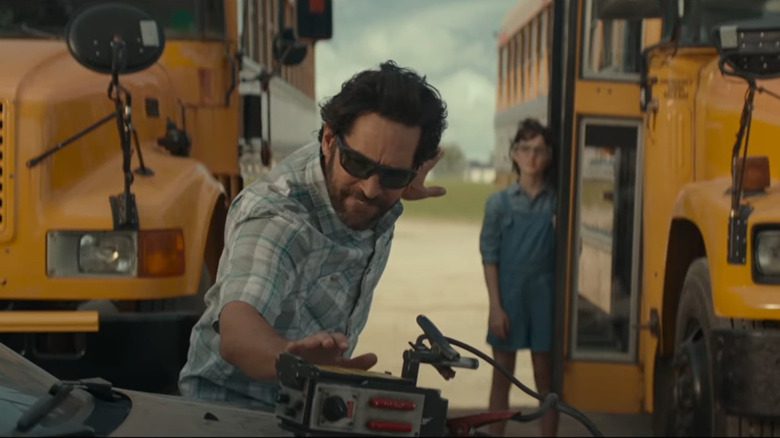 We have got a new clip from the eagerly awaited movie Ghostbusters: Afterlife. In the clip, shared by Fandango, Paul Rudd accidentally unleashes what looks like some sort of demon dog.

The new installment of the franchise follows a single mom (Carrie Coon) and her two kids (Finn Wolfhard and McKenna Grace) as they move to their grandfather’s farm and discover their family’s ties to the Ghostbusters. Events force the kids to pick up where their grandfather left off in an attempt to save the town.

Paul Rudd (Antman) stars alongside Mckenna Grace (Captain Marvel), Finn Wolfhard (Stranger Things), and Carrie Coon (Gone Girl). Most of the cast of the original are returning including Sigourney Weaver, Bill Murray, Ernie Hudson, Dan Aykroyd, and Annie Potts. Afterlife is directed by Jason Reitman, who co-wrote the script along with Gil Kenan.

← Prev: Dive Into The New Clip From The Aquatic Horror ‘The Deep House’ Next: Kids Get Twisted In The Brutal New ‘Ankle Biters’ Trailer →