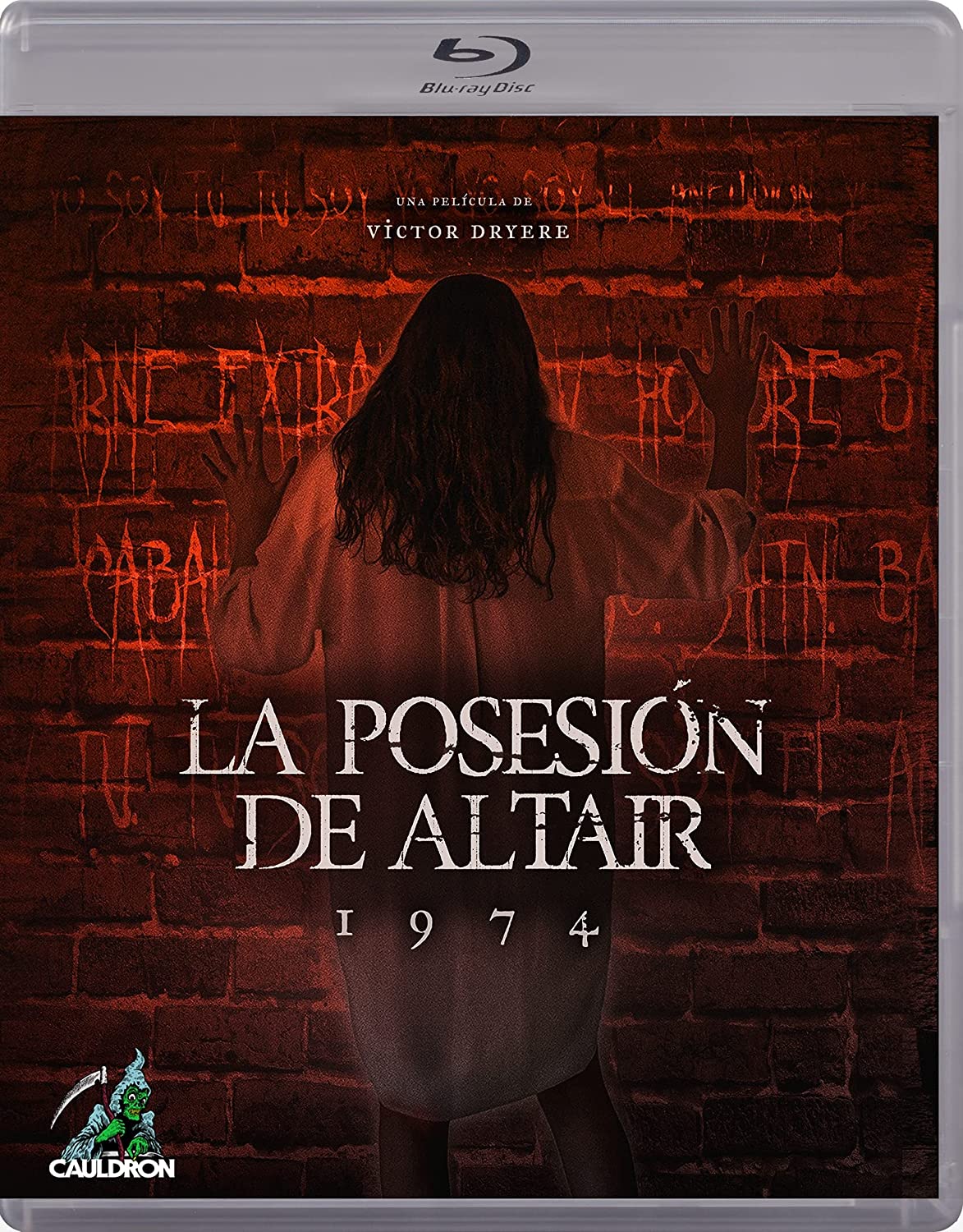 Newlyweds Manuel (Rolando Breme), a camera buff, and school teacher Altair (Diana Bovio) are just two crazy kids who are high on life, a life that couldn’t be a more typical blend of birthday parties, puppies, and boudoir role-play. Of course that shit begins to go south rather quickly as odd occurrences begin happening such as birds turning into ape-shit cannibals (much more than they normally already are), phone calls that only contain strange noises, and bad dreams with onset nosebleeds and sleepwalking (never a good sign in our beloved horror biz).

Oh, about those “dreams”… well, they begin to tell Altair to do things… admittedly seemingly random tasks like painting bricks that arrived mysteriously one day out of the blue… and soon our heroine is acting 100% fuckin’ Grade-A bizarre… or is she? A little detective work from Manuel, along with his pal Callahan (Guillermo Callahan) reveal a troubled past, but are those events at all responsible for the paranormal goings-on at hand?

Notice how i mentioned ol’ Manuel was a camera buff up yonder? Well, that’s because his 8MM “home movies” comprise the images we see throughout the film. Yup, this is a found footage flick, and a damn good one too (minus one sticking point… but we’ll get there)!

Writer/director Victor Dryere does one hell of a job building the world of 1974: La posesión de Altair, from it’s early ’70’s faux-authenticity, to it’s supernatural menaces, to it’s providing reasonable explanations as to why things are being filmed… all of which swirl and combine to create a very believable series of unbelievable events… it makes the film a ton of fun to experience, and a lot of the scares truly sweaty-palm material!

Also up to snuff are the actors on display, with lead actress Bovio going from spritely, sexy young woman, to absolute death-warmed-over basket case with complete genuineness, and the things she has to endure escalate to absolute cringe-worthy levels of intensity.

Another HUGE plus is the rather kick-ass turns this film takes before giving you a real surprise of an ending that I really loved. It’s satisfying and adds a wrinkle you may not see coming… and of course I absolutely will not talk about it in this review.

As for extras on this Blu-ray release from Cauldron, we get a short featurette on the film’s excellent sound design and a trailer… oh and one final thing, the film’s soundtrack on a separate CD.

Yeah that’s that “sticking point” I mentioned above. Why a found footage film has and utilizes a score is beyond me, and while it’s a cool collection of music courtesy of composer Enrico Chapela, it’s an element that does take you out of the story from time to time…

That being said, 1974: La posesión de Altair is easily one of the best found footage fright flicks out there, and I strongly suggest you lascivious lot check it out as well, post-fuckin’ haste!