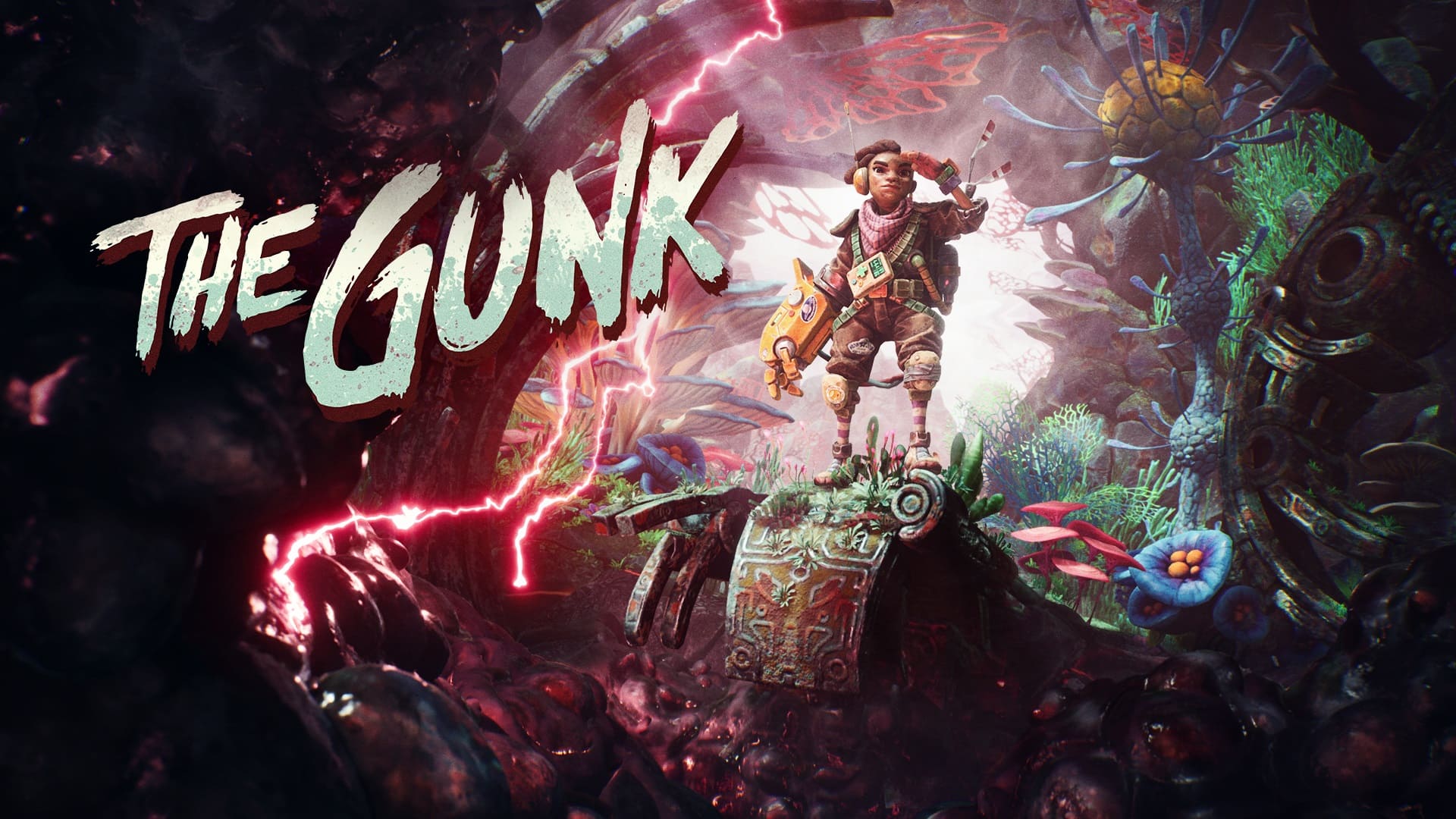 Things suck on this planet, could it be worse anywhere else? Well, Thunderful has shown that the grass is not always greener on other worlds in their sci-fi exploration game The Gunk.

The Gunk takes players to an unknown world where they play as Rani, voiced by Fiona Nova (Rooster Teeth), who along with Becks, voiced by Abigail Turner (Remothered: Broken Porcelain) landed on a strange planet where they hope to find resources that could make them rich but instead discover a planet full of Gunk, a festering growth that’s slowly killing the planet and hides secrets to an ancient civilization.

Onto the game itself, the controls for The Gunk are pretty straightforward and thankfully minimal and respond well especially during combat. When it comes to interacting with the Gunk itself it’s very satisfying using your power glove to suck it up, seriously it’s unusually satisfying! 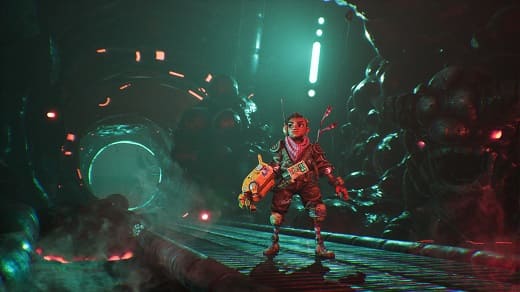 The sound design is pretty good, the soundtrack is OK but some of the songs can be a bit much as they’re not that long and on a loop. With the voice acting, it was good but there are a couple of things that need to be said, someone clearly was not paying attention to how Nova and Turner said some of their lines near the start of the game where the actresses said some words wrong the two words being “Solder” and “Gruel”. Solder is pronounced “Sod-Er” but it was read as “Saul-der”, and Gruel which is pronounced “Grool” was read as “Grull” (the “Ull” sounding like it would in the word “dull”), rant over on that part.

The biggest thing I loved about the game was the graphics and art. With the system I’m playing on with a 4k HDMI cable, it really made the colors pop and bring the world of this mysterious planet to life. I also like the detail of the faces of Rani and Becks when they talk during gameplay where you can see when their mouths move their lips are animated to move with the voice-over perfectly, not bad for an indie studio as you normally see this in some AAA games.

Overall The Gunk is a pleasant surprise that has its good and bad takes. The worse thing about the game I felt was the length, it could have been longer as I beat it in two days making it feel like there could have been more potential for the story. When it came to the dynamic between Rani and Becks I felt a bit lost about who they were to each other which a longer story may have shed a bit more light on that. Another bad thing about The Gunk is that it’s a “One and done” kind of game, where once you finish it, you most likely will never play it again which is a shame as it’s a really visually beautiful game.

On my scale of 1-10, the game’s art, graphics, and controls pulled it from the fire of my irritation towards the script reading, looping of dull tunes, and shortness of story, I’m giving it a 7/10. The Gunk is out now on Xbox One, Xbox Series X/S, and PC. 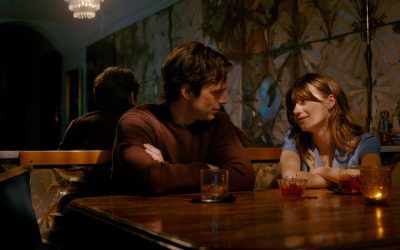