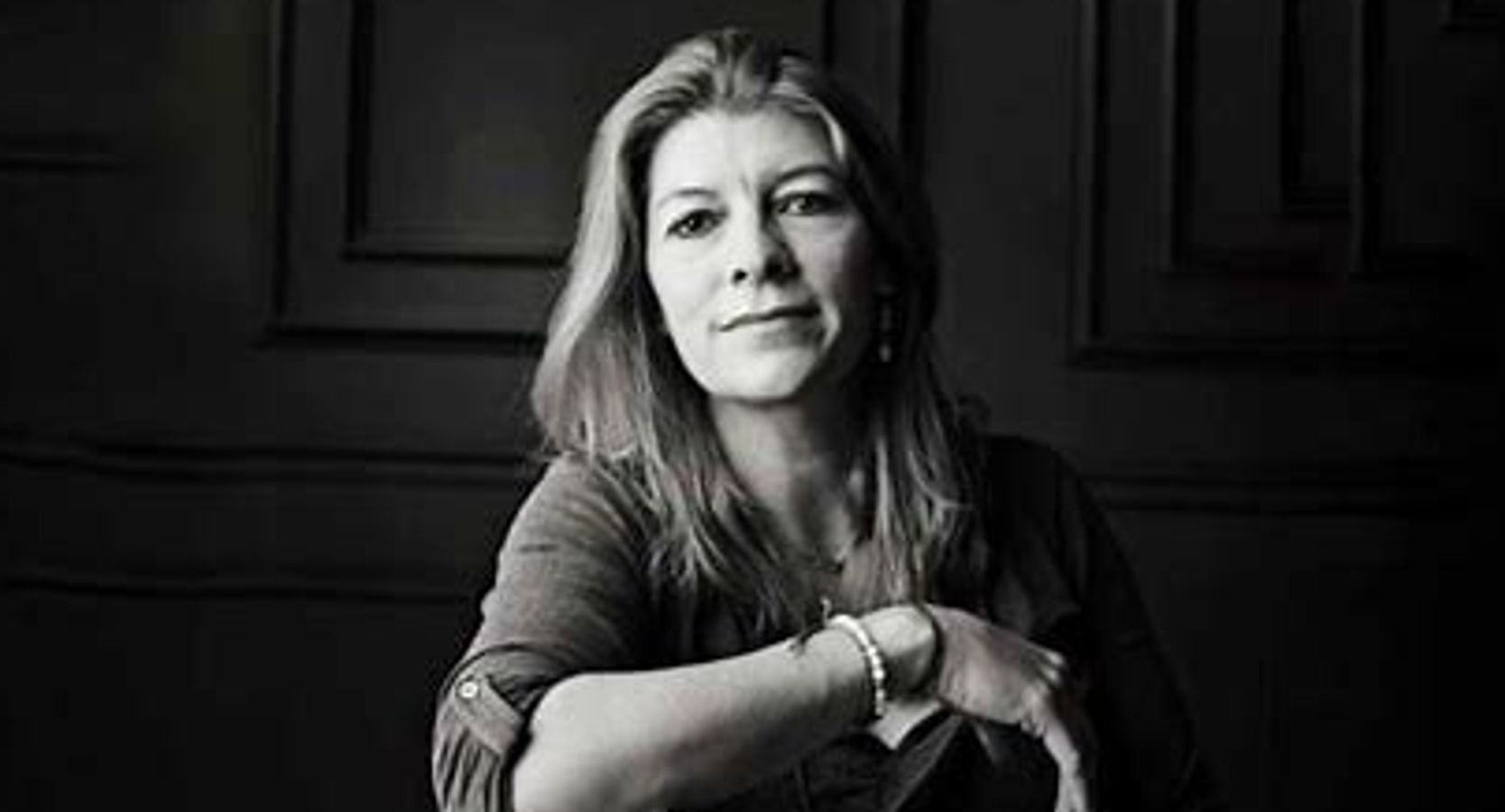 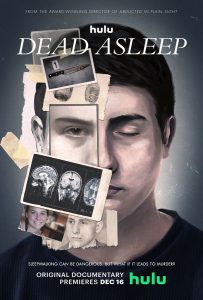 We’ve got something special for true crime fans. We sat down with documentary filmmaker Skye Borgman who has made many documentaries including her 2017 truly disturbing film Abducted in Plain Sight. Her new documentary, Dead Asleep is making its Hulu debut on December 16th and it’s an interesting case.

Dead Asleep explores the murder of Brooke Preston by her roommate Randy Herman Jr. who claimed that he killed her while he was sleepwalking. Luckily, the jury didn’t buy it and he was convicted.

In Dead Asleep, Borgman dives deep into the case. The documentary not only features information about the case but also interviews with those involved including lRandy Herman Jr. himself. The documentary presents the case and leaves it up to the viewer to decide if Herman was really sleepwalking or if he was actually awake. I will give you a warning, there is a lot of graphic photos included from the crime scene.

Kelli McNeely: “What got you into documentaries?”

Skye Borgman: “Really, for me, I had an undergraduate degree in theater. I’ve always had a love for public storytelling. While getting my undergraduate degree, I discovered that I loved the process of putting a story together so much and I ended up spending a lot of time traveling – I went on this kind of postgraduate vacation for three months long European vacation I loved it so much that I kept traveling for almost five years. It was during that time that I picked up a camera and I got to the end of that time and I asked myself, What can I do that involves public storytelling, travel, photography, and really telling the stories of underrepresented people. That’s what got me into documentary storytelling.”

Skye Borgman: “I like crime a lot. I think I’ve been watching true crime videos for a long time, even going back. There’s a lot of great true crime documentaries out there, but to me, what’s most interesting is the human element. You can really look at them and kind of start to figure the human psychology when you look at all of the elements of the crime. That’s really what drives me to tell human stories. So many times those human stories end up having common elements in them.”

Kelli McNeely: “Right. I am a huge fan of true crime. Dead Asleep is crazy! I had never heard of the case or someone using the sleepwalking defense before watching your documentary, but it’s insane!”

Skye Borgman: “I hadn’t heard of it either before that. When I first heard about this story, the first thing I looked into was this real? Could this happen? I really think one of the things that were the most provocative to me was diving in and figuring out the science behind it and the psychology behind it and even the judicial process behind it. Constantly I was asking myself could this be possible, could you kill someone in your sleep, and if Hermon could have really have been sleepwalking. To this day, I still don’t know. By the end of the film, everyone is asking themselves that question.”

Kelli McNeely: “Dead Asleep really got under my skin. You see, I’m a sleepwalker and I know that fear of “What did I do in my sleep last night?” And not knowing. It’s scary.

Did you get to talk with Mr. Hermon?”

Skye Borgman: “Yeah, I did. The conversations we had leading up to our interview we mostly did through text messages, through online sort of communications. There were some phone calls that led up to our in-person interview. But then we were able to go in and spend an hour with him talking to him and that’s the interview you see in the film.”

Kelli McNeely: “Wow. How did you go about getting all of the interviews with people involved in the case?”

Skye Borgman: “It’s a lot of relationship building and it’s been really interesting, especially during Covid. It’s different. It’s a lot of emails, a lot of phone conversations, and a lot of trust through technology. Before Covid, there were a lot more opportunities to go out and meet someone that didn’t happen with this show. We weren’t able to do that. You have to build a relationship of trust before you land and start rolling cameras.”

Kelli McNeely: “The amount of interviews in Dead Asleep is very impressive. You got so many people that were there and involved. One other thing I like about it is that it has so many crime scene photos, you rarely get to see the unflinching brutality of it all. And I think that’s important for viewers to see so that we can try to figure out why he did it and how it happened.”

Sky Borgman: “If you can even figure out why he did it. That’s ultimately the question, right? I mean, was he really and truly sleepwalking? To me, there are three possibilities, he was sleepwalking and doesn’t remember anything, that he had intent and he blocked it out because of the trauma or he’s just a very good liar and had intent and lied about the whole thing. There’s one person who is alive that really knows what happened and he’s not saying much except that he was sleepwalking.”

Kelli McNeely: “If he did it in his sleep or did it and lied, either way, it’s good that he was convicted.”

Skye Borgman: “That’s the thing, either way, he is in the Florida prison system for the rest of his life and has no possibility of parole.”

Kelli McNeely: “Besides the death of this young woman, what do you feel is the most disturbing part of the case?”

Skye Borgman: “It was the severity of the crime. It was a brutal, brutal, brutal crime with no motive, they were friends. That’s truly what is the most disturbing. You hear about the crime stories where people have a vendetta and you can kind of understand, but that is not the case here. There just seemed to be nothing. If this violent parasomnia in Randy Hermorn led to a completely unmotivated murder, that’s terrifying. I personally don’t think that could happen to anyone of us. I don’t think it could happen to you since you are a sleepwalker, but I did want to look at what is happening to someone sleepwalking. What are some external elements that could get someone into this place where something like this might happen? I think it was really interesting talking to sleep experts and they talked a lot about what technology does, what lack of sleep does, what drug use does, what alcohol does, and that every one of us is different.  One doctor goes into detail that everyone’s brain is different, even identical twins who are connected at birth, and have experienced the exact same things their entire lives are different because they see things from a different perspective. To know that every brain is so different. It’s really a crazy, compelling, sort of thing to think about if someone can murder in their sleep.”

Kelli McNeely: “It really is crazy.

How do you go about choosing the story of your documentaries?

I’m always open to interesting stories and the stories that I’m the most compelled by are certainly those I don’t understand. I want to be able to go into and learn something. I want to challenge myself with my own preconceived notions of the way that the world is and of the way that we perceive it to be. So I’m always looking for those stories that really make me question myself, those around me, how I thought things could happen. That’s what is most interesting to me. This whole sleepwalking element and could it be possible?”

Skye Borgman: “I also think it’s important to have different perspectives which is something we were really, really committed to doing, getting both the protection and the defense’s perspectives, getting journalist’s perspectives on who had talked to family members, and to have experts who know certainly more than I do. We really wanted to get all angles of the story and I hope we were successful.”

Kelli McNeely: “Oh, you definitely were. All of the details are very important to remind people that a life was taken. That Brooke was a human being not just a name and face in newspapers or on TV.”

Skye Borgman: “We were very committed to Brooke and to make sure she was a big part of the story.”

Kelli McNeely: “Good. As someone who is a sleepwalker, and don’t get me wrong I’ve done some strange stuff, but I just can’t believe he wasn’t aware of what he was doing. She fought back hard.”

Skye Borgman: “It’s an interesting question. We know he was found guilty. The big question is, was he sleepwalking? I think people will bring their own kind of lens to how they see this story. That’s what’s fascinating. He was a sleepwalker. It’s interesting that you’ve had similar experiences with sleepwalking but you feel like you would never do that in your sleep. I think that’s one of the other interesting things about this story, the optics that we as viewers bring to it.”

Kelli McNeely: “He has to be guilty. But I love that there’s enough information given to us to form our own opinions with Dead Asleep.”

Skye Borgman: “Ultimately, that’s the goal, to present the facts, to give enough so that people can walk away from it having learned something new or experience something different, a little more insight into something traumatic and brutal, and terrifying, and to walk away with a little more knowledge.”

Kelli McNeely: “I can see that. And your previous documentary Abducted in Plain Sight was very interesting, disturbing, but interesting. I’m glad to see that you have continued with the more unique cases. I’m curious, are you already working on another one?”

Skye Borgman: “Yeah, I’ve got a couple of projects that I’m currently working on. Hopefully, they will be out, I would say, probably next summer or fall.”

Kelli McNeely: “I look forward to seeing your upcoming projects. If they dive half as deep as Dead Asleep does I know they’ll be great. There was so much information and details in Dead Asleep. It’s the kind of true crime doc I like to see. For me, it’s about the desire to understand how and why people do the things they do.”

Skye Borgman: “I don’t know if this one delivers on that. I don’t know if you’ll ever know why, but you’ll know how and the circumstances and some of the psychology of it. I like asking myself why, but still getting to the end of it and still be questioning it.”

Dead Asleep is out today on Hulu. I highly recommend that you also check out Abducted in Plain Sight which is available on Netflix. It tells the true story of the Brobergs, a naive, church-going Idaho family that fell under the spell of a sociopathic neighbor with designs on their twelve-year-old daughter.

Visit Skye Borgman’s official website to learn more about her films and to stay up to date on her projects. 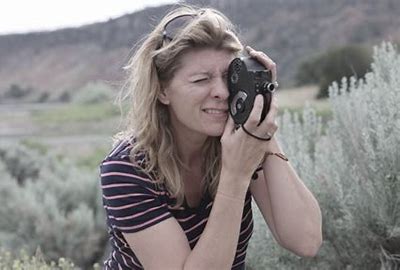