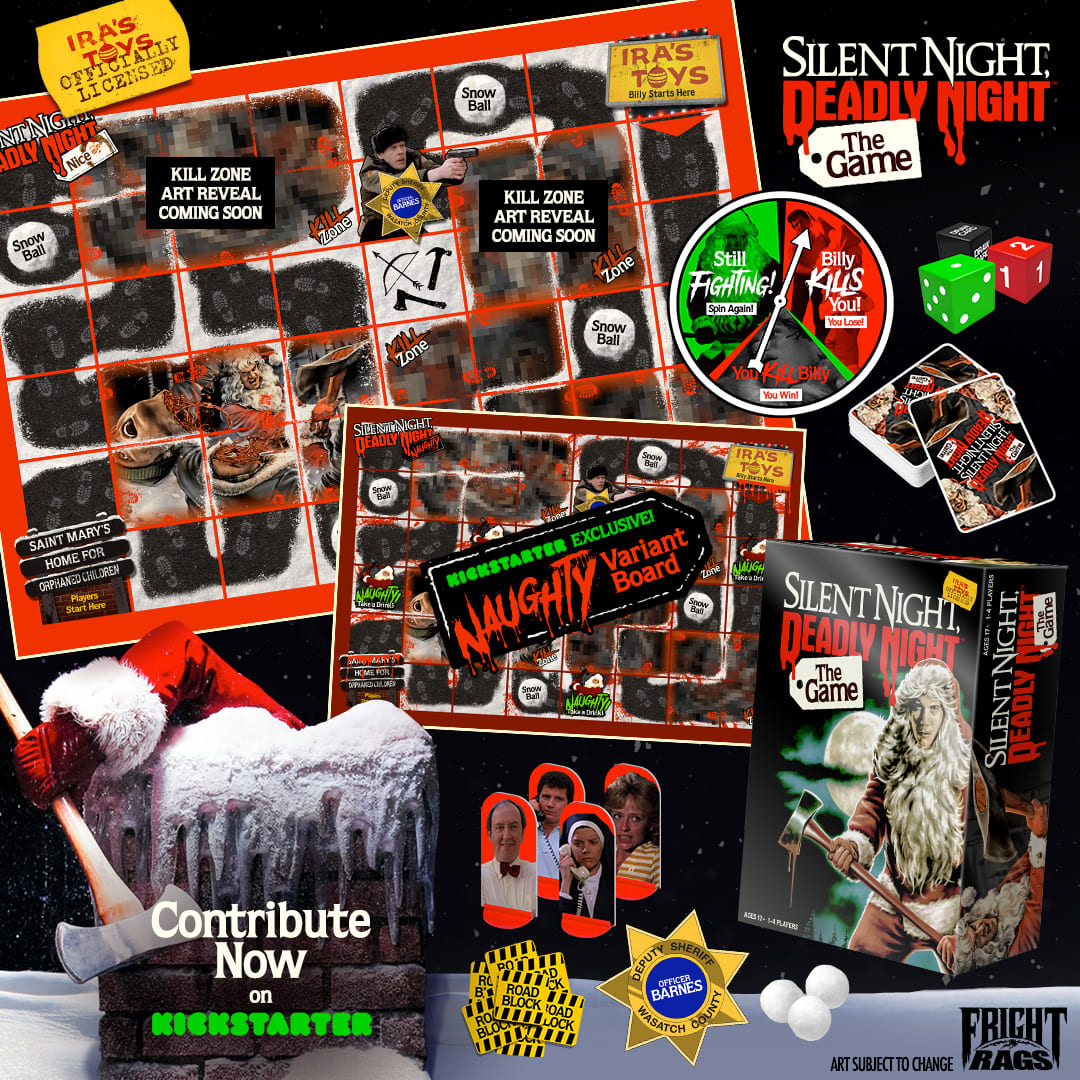 The so bad it’s good holiday slasher from 1984 Silent Night Deadly Night could soon become a board game to add to your yuletide game nights! The film’s producers teamed up with Fright-Rags Inc. to make a Kickstarter to help bring this fun vision to life! 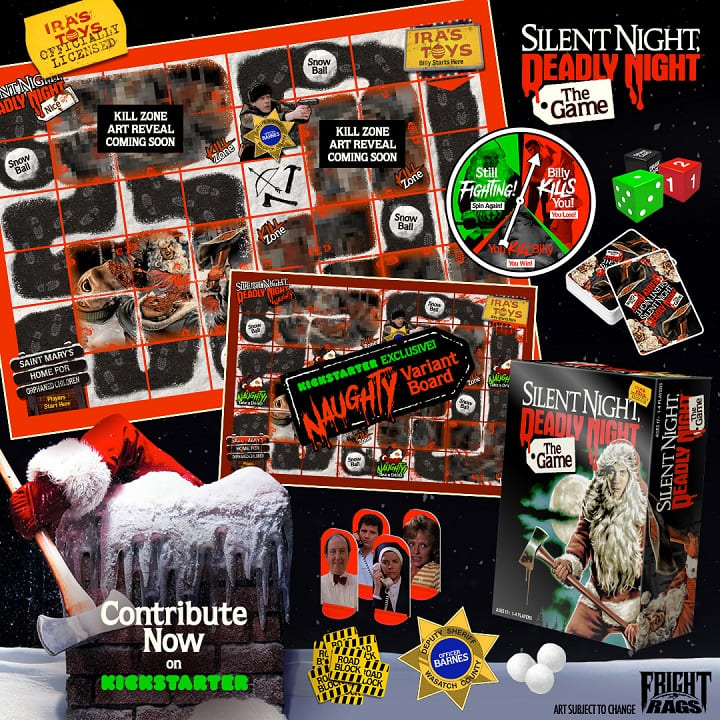 1-4 players can team up and try to stop Billy, the Santa-dressed killer, from killing Mother Superior at the Orphanage! Play as Andy, Denise, Mr. Simms, or Sister Margret to try and foil Billy’s plan all the while risking yourself in the process. Players will have to try to set up roadblocks to slow Billy down while drawing action cards featuring moments from the film. The board will be double-sided with a Naughty and Nice side, the nice side being the standard game while the Naughty side is set up as a drinking game!

← Prev: Chloë Grace Moretz Is Desperate To Escape The War Between Humans & AI In 'Mother/Android' - Out Today On Hulu Next: Terror Films Announces First Films Premiering On Their New YouTube AVOD Channel →