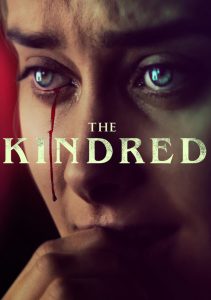 Dark family secrets surface in the new psychological horror-thriller The Kindred, whose trailer teases a film filled with heartbreak, horrors, and the haunted.

The Kindred follows a young mother investigating her father’s suicide. But when she is haunted by spirits and unearths an unsolved mystery from 30 years ago, she discovers a dark family history that could prove deadly for her child.

Witness The Kindred, out on January 7, 2022, from Vertical Entertainment.

← Prev: Romance Turns Into Terror This February In 'Alone With You' Next: Movie Review: 'See For Me' Is A "Must See" Home Invasion Thriller →