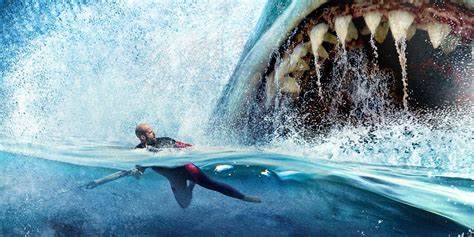 Get ready to dive into the sequel to the 2018 prehistoric shark action-thriller Meg. Not only has the sequel got its official title, Meg 2: The Trench, it’s also begun production, with Ben Wheatley (High-Rise) directing.

Variety reports that Meg 2: The Trench has started filming in the U.K., with Jason Statham and Bingbing Li expected to reprise their roles.

Dean Georgaris, Erich Hoeber, and Jon Hoeber penned the script for the movie is based on the 1999 novel of the same name by Meg author Steve Alten (interview) who is still writing the Meg series with the most recent, The Meg: Purgatory, set to be released on June 14, 2022.

Here’s a look back at the trailer for The Meg (review).

← Prev: Patrick Wilson To Direct The Fifth 'Insidious' Movie Next: Irish Horror 'The Cellar' Coming To Shudder This Spring →