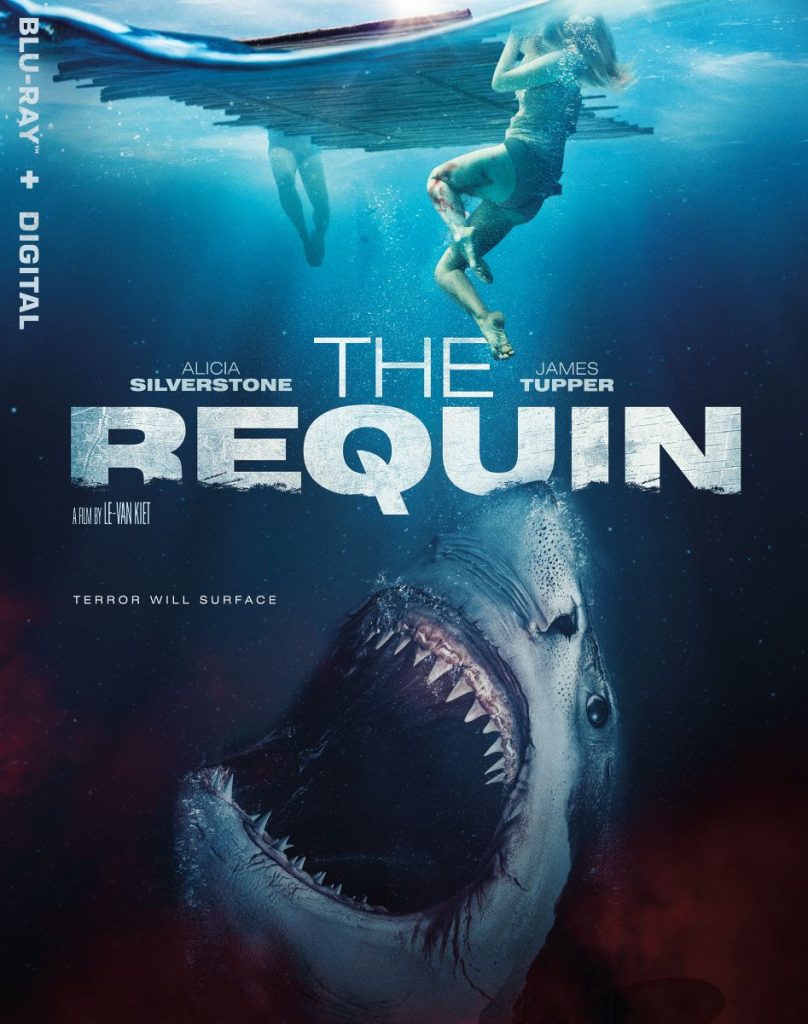 A romantic getaway turns into a fight for survival this March when the horror-thriller The Requin comes home.

Written and directed by Le-Van Kiet (Furie) and starring Alicia Silverstone (Clueless) and James Tupper (“Big Little Lies”), the movie centers on Jaelyn (Silverstone) and Kyle (Tupper) who arrive at a remote seaside villa in Vietnam for a romantic getaway. “A torrential storm descends, reducing the villa to little more than a raft and sweeping the young couple out to sea. Suddenly, another danger appears, a school of great white sharks. With her injured husband watching helplessly, Jaelyn must battle the deadly predators alone in this tense thriller that rides an unrelenting wave of fear.”

The Requin, a pulse-pounding film you’re going to want to sink your teeth into, comes to Blu-ray and DVD on March 29, 2022, from Lionsgate.