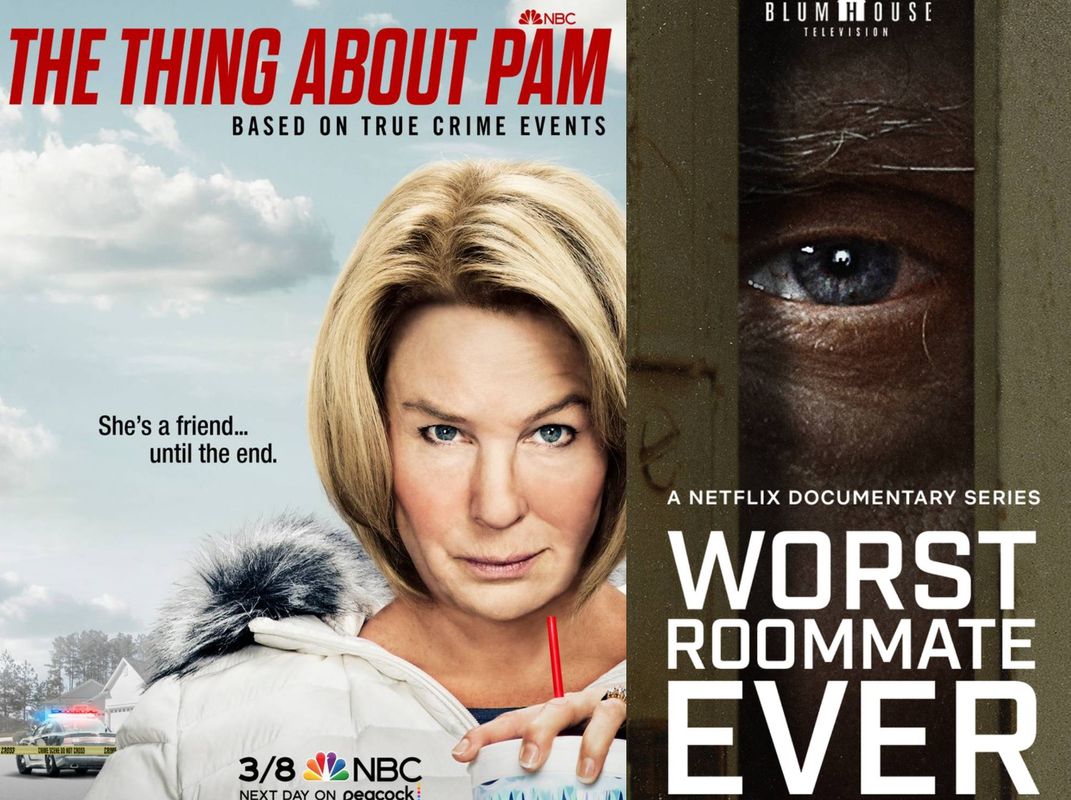 Blumhouse has two new series that you should definitely check out if you are a true crime fan, “The Thing About Pam,” and “Worst Roommate Ever,” which is currently number one on Netflix.

The Thing About Pam, which premieres tonight on NBC, is produced by Blumhouse Television, NBC News Studios, and Big Picture Co. is based on the 2011 murder of Betsy Faria that resulted in her husband Russ’s conviction, although he insisted he didn’t kill her. He was later exonerated. This brutal crime set off a chain of events that would expose a diabolical scheme deeply involving Pam Hupp. A thorough examination of the scheme was featured on several episodes of “Dateline NBC,” becoming one of the most popular topics to ever air on the hit NBC franchise. It also became the subject of a popular 2019 podcast, “The Thing About Pam,” which has been downloaded over 20 million times.

From Blumhouse Television, the new five-part documentary series Worst Roommate Ever highlights four harrowing tales of seemingly harmless roommates turning into real-life nightmares for their unsuspecting victims when their malevolent and sometimes violent intentions are revealed. These unsettling true stories chronicle the masked menace that can be lurking right down the hall.