Fans of “Game of Thrones”  have been eagerly awaiting HBO’s prequel series “House of the Dragon.” They won’t have to wait much longer, HBO has now revealed the series’ poster which happens to feature the’ premiere date, August 21, 2022.

“House of the Dragon,” tells the story of House Targaryen and is set  200 years before the events that unfolded in “Game of Thrones.” which still holds the title of the most Emmy Award-winning series of all time. The series will explore the legendary Targaryen family, the ancestors of Daenerys Targaryen, played in the “Game of Thrones” by Emilia Clarke, known for their ability to master dragons.

Based on the novels of George R. R. Martin, the series’ teaser trailer for “House of the Dragon” gives us a taste of what to come and has the same feel as the best seasons of “Game of Thrones” (2 through 6). August can’t get here soon enough. 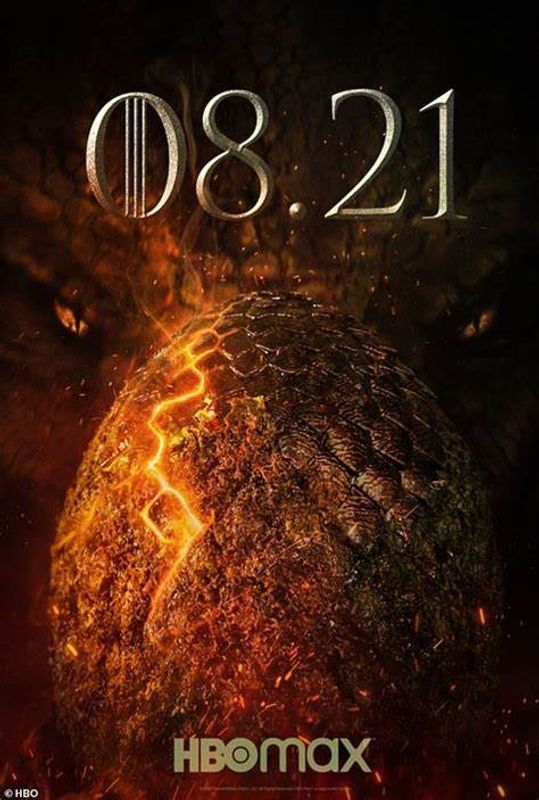