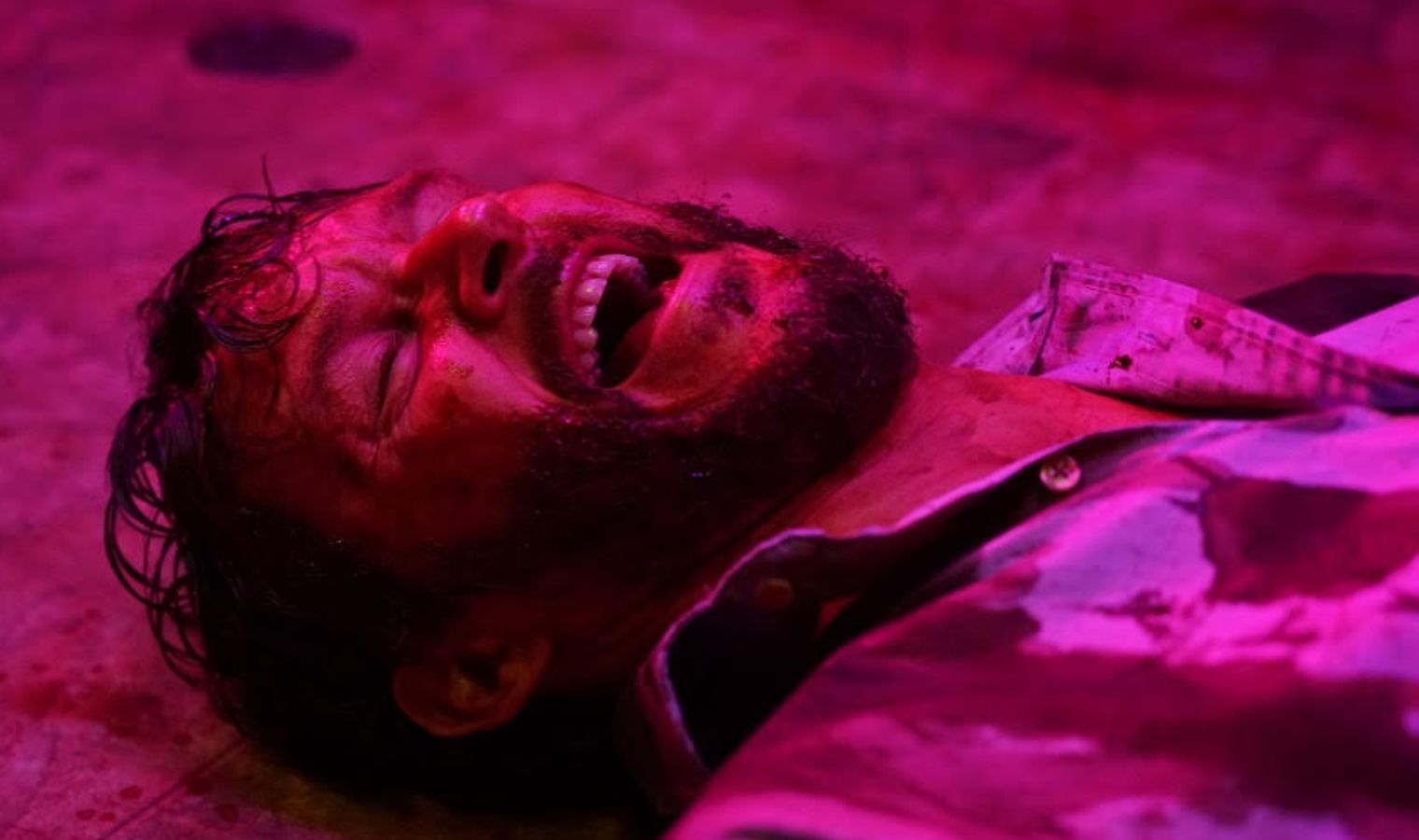 Shudder, AMC Network’s premium streaming service for horror, thriller, and the supernatural has announced today that it has acquired rights to and set the release date for Rebekah McKendry’s Glorious starring Ryan Kwanten (True Blood, Kindred) and Oscar-winner J.K. Simmons (Whiplash, Being the Ricardos).

In Glorious, “Kwanten plays a young man who is spiraling out of control after a bad breakup. His situation worsens after he finds himself locked inside a rest-stop bathroom with a mysterious figure (Simmons) speaking to him from an adjacent stall. As he tries to escape, he realizes he is an unwilling player in a situation bigger and more terrible than he could have imagined.”

“For years, I had been searching for a project that would let me show my preferred artistic style – that would let me be absurdist, sardonic, transgressive, and weird. And Glorious gets really f’n weird.” added director Rebekah McKendry. “As a diehard horror fan, I’m thrilled Glorious has found a home at Shudder, and I know Shudder fans will find something unique, wild, and thought-provoking lurking inside our rural rest stop bathroom.”

“With Glorious, Rebekah brings Lovecraftian horror to a place it’s never been seen before: a rest stop men’s room. She and her all-star cast have created an inventive and original cosmic horror that manages to be both darkly hilarious and profoundly personal.” Said Craig Engler, general manager of Shudder,

Glorious is an AMP/Fallback Plan production, in association with Mississippi-based Eyevox Entertainment, with Rick Moore from Eyevox serving as executive producer, alongside James Norrie and Nina Kolokouri at AMP. Kwanten, Barbara Crampton, Mark Cartier, Gaba Gavi, and Kevin Kale also serve as executive producers, with Jessica Taylor as an associate producer. The deal was negotiated by AMP International’s James Norrie and Nina Kolokouri on behalf of the filmmakers, and Emily Gotto, VP, Global Acquisitions & Co-Productions on behalf of Shudder.

The film, an official selection of the Fantasia International Film Festival, will be available exclusively on Shudder in the US, Canada, the United Kingdom, Ireland, Australia, and New Zealand on Thursday, August 18, 2022.

← Prev: Movie Review: 'Escape The Field' Gets Lost Amongst The Rows Next: Paranoia Fills The Unsettling Trailer For 'Cordelia' →