Jack Osbourne & The Ghost Brothers Are Back For Round 2 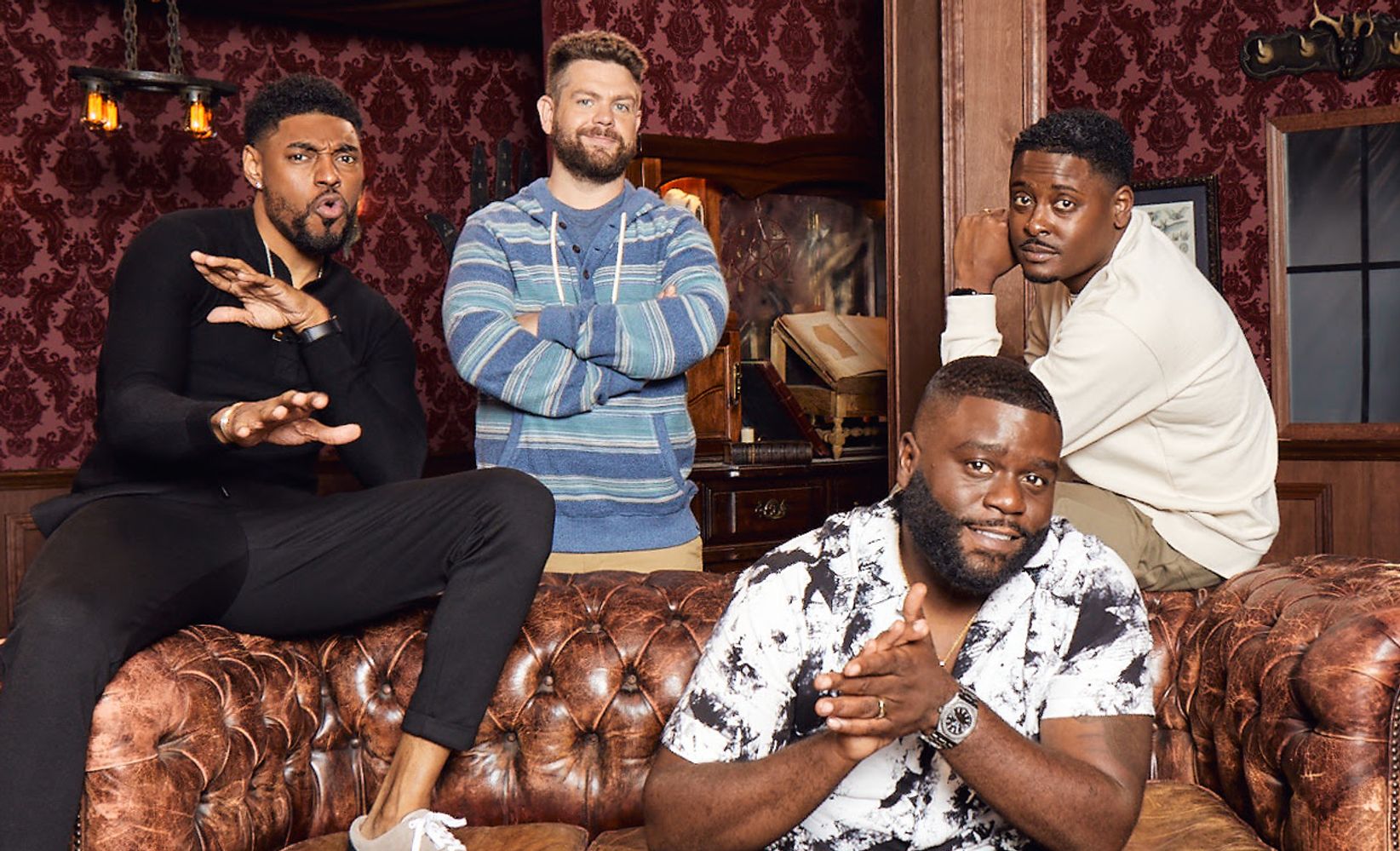 This June, “Fright Club” is back with an all-new season filled with things that go bump in the night. Paranormal investigators Jack Osbourne and the Ghost Brothers – Dalen Spratt, Juwan Mass and Marcus Harvey – are back in club headquarters resuming their hilarious competition to creep each other out with the craziest paranormal videos they can find. The new season returns with 10 all-new episodes beginning Thursday, June 30 at 10 p.m. ET/PT on Travel Channel. New episodes launch the same day on discovery+.

Game on! The rules are the same, but the competition is bigger, and a few special guests are now getting in on the action. In each episode, Osbourne and the Ghost Brothers share jaw-dropping videos of UFOs, ghostly apparitions, poltergeists, cryptids and all the unexplained that’s in between, imparting their characteristic witty flavor into their expert analysis of each one. They’ll talk with the witnesses who captured the footage and get intel from psychics, historians, cryptozoologists and more before ultimately voting on each episode’s “nightmare” clip – the winner of the wildest video takes home the coveted Golden Boo statue. This season, a few familiar faces join the party to share videos, insight and their own paranormal stories – including Howie Mandel, Tommy Davidson, McKayla Maroney, Jay Mewes, Montel Williams, Jamie Kennedy and Richard Lawson.

“This is the most fun you will ever have watching scary videos,” said Osbourne. “It’s like a paranormal party with your friends – if your friends are the funniest guys on the planet.”

“At this point, Jack is like our brother from another mother…and after the clips he brought this season, it MIGHT be time to make him the 4th Ghost Brother!” said Spratt. Added Mass, “This season the guests are legendary, the jokes are next level and the paranormal clips are mind-boggling. The competition gets intense as we give it our ALL for the Nightmare clip!” Harvey stated, “This season, the jokes and wild videos are coming in hot. The fellas are playing for keeps this year.”

In the season opener, Jack Osbourne and the Ghost Brothers bring out the most insane paranormal evidence they can find. Spratt shares footage of the Loch Ness Monster and invites special guest Howie Mandel to weigh in on a ghostly encounter ripped straight from a horror film. Mass brings in some cursed objects but probably should have thought it through first. Osbourne shares a video of a cave-dwelling demon that met its match in the form of a supernatural street fighter. Finally, Harvey shows the guys a genuine werewolf along the trail to grandma’s house. Who will take home the most coveted trophy in all of horror – the Golden Boo?

Jack Osbourne and the Ghost Brothers get ahold of some cursed artifacts. Special guest Howie Mandel weighs in on a ghostly encounter ripped straight from a horror movie. And a cave-dwelling demon meets its match in the form of a supernatural street fighter.

Jack Osbourne and the Ghost Brothers crack the shell on an avian conspiracy theory. Comedy legend Tommy Davidson sheds light on a goblin strutting down a dark driveway. And a ghost thinks it’s a ninja.

Episode 3 – “Bigfoot Got Back”

Jack Osbourne and the Ghost Brothers get to the bottom of Bigfoot’s legendary derriere. A ghostly warehouse worker pulls in some unapproved overtime. And the guys say “WTF?” at what may be the first documented case of interstellar graffiti.

Jack Osbourne and the Ghost Brothers dig up scientific proof of an interdimensional traveler. A gravity-defying baby scores a perfect 10 on the scary scale with input from gold medalist McKayla Maroney. And Bigfoot takes aim at the paranormal paparazzi.

Jack Osbourne, the Ghost Brothers and actor Richard Lawson get a little too close for comfort to a cursed prop from a classic horror film. A paranormal investigator has a serious case of resting witch face. And an alien gets its freak on in Brazil.

Jack Osbourne and the Ghost Brothers get the inside scoop on a real-life hell house. A UFO hangs ten in South Africa. And actor Jay Mewes shares rare footage of the elusive Beast of Gum Hill.

Episode 8 – “Ghosting With the Stars”

Jack Osbourne and the Ghost Brothers raise the dead with some spirited moves. A strangely silent UFO hovers over a Florida neighborhood. And a terrified security guard gets some ghost hunting tips from the guys.

Jack Osbourne and the Ghost Brothers get the full breakdown on a security guard’s encounter with a ghost. A skinwalker howls in the dark. And a poltergeist pesters employees at a haunted pizzeria.

← Prev: 6 Characteristics Of A Good Horror-Themed Casino Game Next: Ellen Burstyn Gives An Update About Her Role In New 'The Exorcist' Movie →