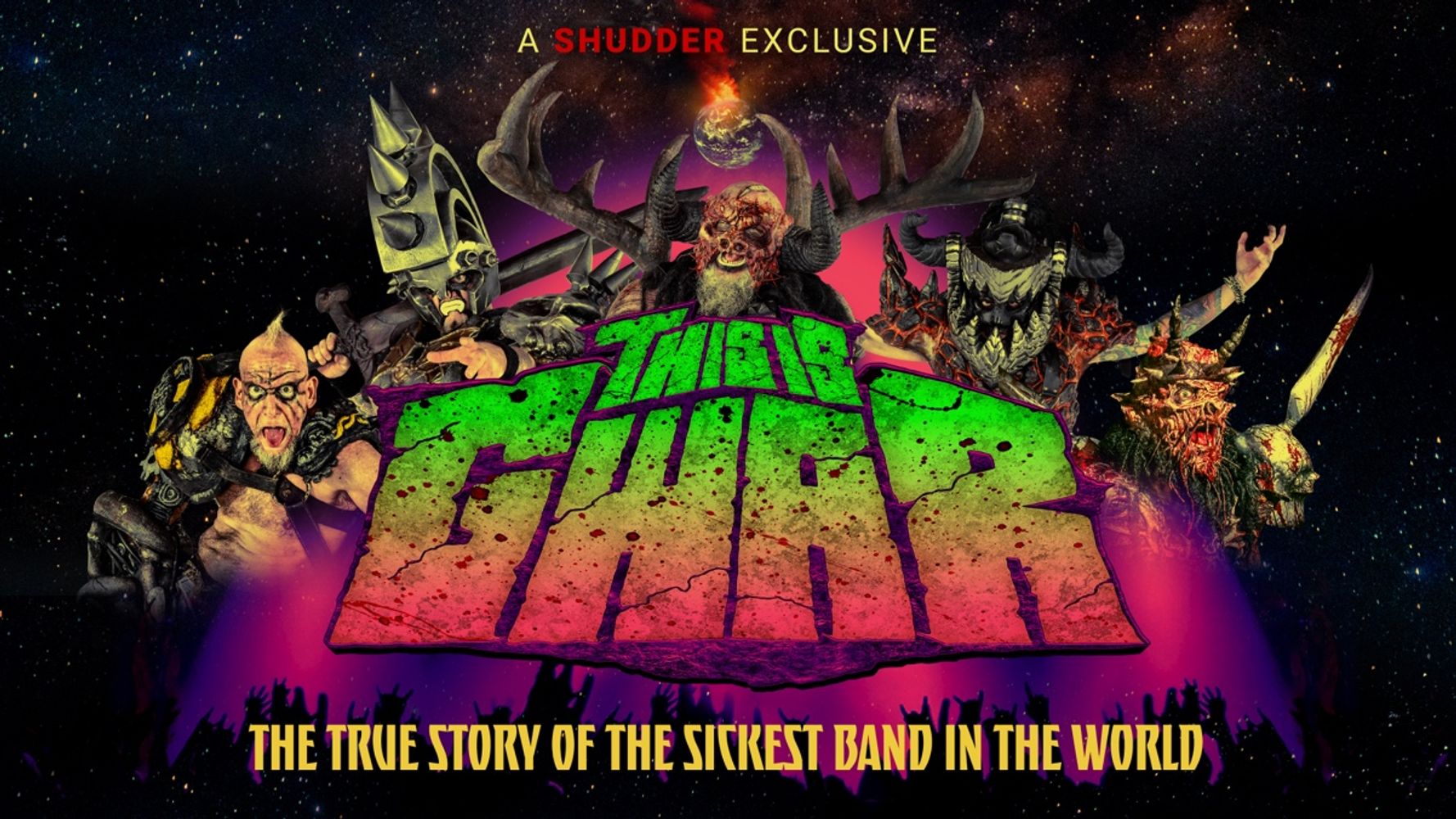 Shudder, AMC Network’s premium streaming service for horror, thriller, and the supernatural will soon release the ultimate GWAR documentary, This is GWAR, which gives rare insight into the 30-plus year career of one of the world’s most outrageous heavy metal bands to ever exist, GWAR, known for their grotesque costumed characters and notoriously wild, fluid-soaked stage shows.

This is GWAR is the powerful story of the iconic heavy metal art collective, as told by the humans who have fought to keep it alive for over thirty years. The feature documentary includes interviews with the band members, both past and present, and other artists, including Weird Al Yankovic, Thomas Lennon, Alex Winter, Bam Margera, and Ethan Embry, including never seen footage of legendary GWAR frontman Dave Brockie (Oderus Urungus).

“For more than three decades, GWAR has set the standard for heavy metal horror with larger-than-life personas and gore-filled stage shows that were unlike anything anyone had ever seen,” said Shudder General Manager Craig Engler. “But even their most ardent fans have never seen them like this, as the band and director Scott Barber reveal in moving detail the literal blood, sweat and tears that have made GWAR the true legends they are today.”

“GWAR is founded on horror, humor, and heavy metal. Of course, we love Shudder! It’s our favorite. Every movie is like a home movie for us. Are you kidding me?? Monsters, demons, the undead, dinosaurs? Those are our people! GWAR and Shudder. Two terrifying tastes that taste terrifying together.” GWAR said in a statement.

“The story of GWAR is carved across the history of this hopeless planet, but GWAR themselves are not of this world…Their story begins far past Uranus, in the deepest reaches of space, where the beings known as GWAR were warriors in the Scumdogs of the Universe, an elite fighting force in the army of the Master of All Reality. But GWAR proved too reckless and powerful, and after a series of tragic but hilarious blunders, they were banished to the furthest reaches of the galaxy, with orders to conquer an insignificant backwater prehistoric mudball known as the planet Earth. Once here, GWAR, the original Ancient Aliens, shaped the face of the globe, wiping out the dinosaurs, and mating with apes to create the human race. Having accidentally given rise to all human history, the Master of All Reality froze them in Antarctic ice where they could do no more harm. It was there they were discovered by a shady entrepreneur known as Sleazy P Martini, who sat the band down in front of professional wrestling, late-night horror movies, heavy metal music, and a steady diet of crack cocaine until GWAR became the cultural force they are today!”

The deal was negotiated by Josh Goldbloom on behalf of the filmmakers, and Emily Gotto, VP, Global Acquisitions & Co-Productions on behalf of Shudder.

The film, which made its world premiere at Fantastic Fest in Austin, TX, and won the 2021 Audience Award at NIGHTSTREAM, and will be available exclusively on Shudder on Thursday, July 21, 2022.

← Prev: Check Out The NSFW Trailer For 'The Texas Chainsaw Massacre' Game Next: Movie Reviews: “A Wounded Fawn” and “Rounding” (Tribeca Festival)  →