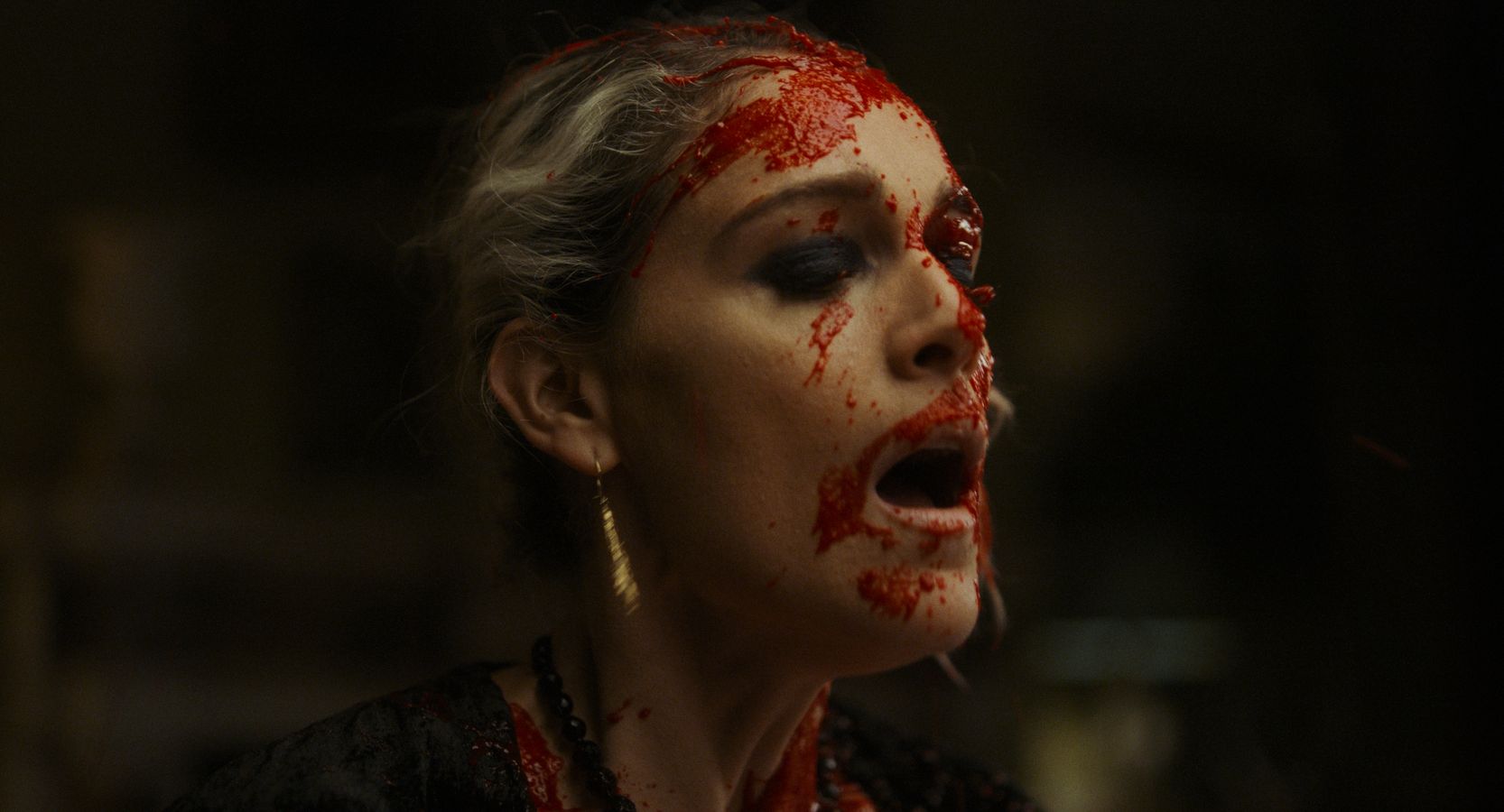 Art and exotic appetites come together in acclaimed writer-director Peter Strickland‘s (In Fabric, Duke of Burgandy) Flux Gourmet, out today in select theaters and On Demand from IFC Midnight.

Asa Butterfield (“Sex Education”), Gwendoline Christie (“Game of Thrones”), and Richard Bremmer (Harry Potter and the Sorcerer’s Stone) star in the film that centers on “A sonic collective who can’t decide on a name takes up a residency at an institute devoted to culinary and alimentary performance. The members Elle di Elle, Billy Rubin, and Lamina Propria are caught up in their own power struggles; only their dysfunctional dynamic is furthermore exacerbated when they have to answer to the institute’s head, Jan Stevens. With the various rivalries unfolding, Stones, the Institute’s ‘dossier,’ has to privately endure increasingly fraught stomach problems while documenting the collective’s activities.

Upon hearing of Stones’ visits to the gastroenterologist, Dr. Glock, Elle coerces him into her performances in a desperate bid for authenticity. The reluctant Stones puts up with the collective’s plans to use his condition for their art while Jan Stevens goes to war with Elle over creative differences.”

← Prev: What Are The Most Interesting Monsters To Have Featured in Games? Next: An Ancient Creature Is Awakened In The Trailer For Horror Western 'Blackwood' →