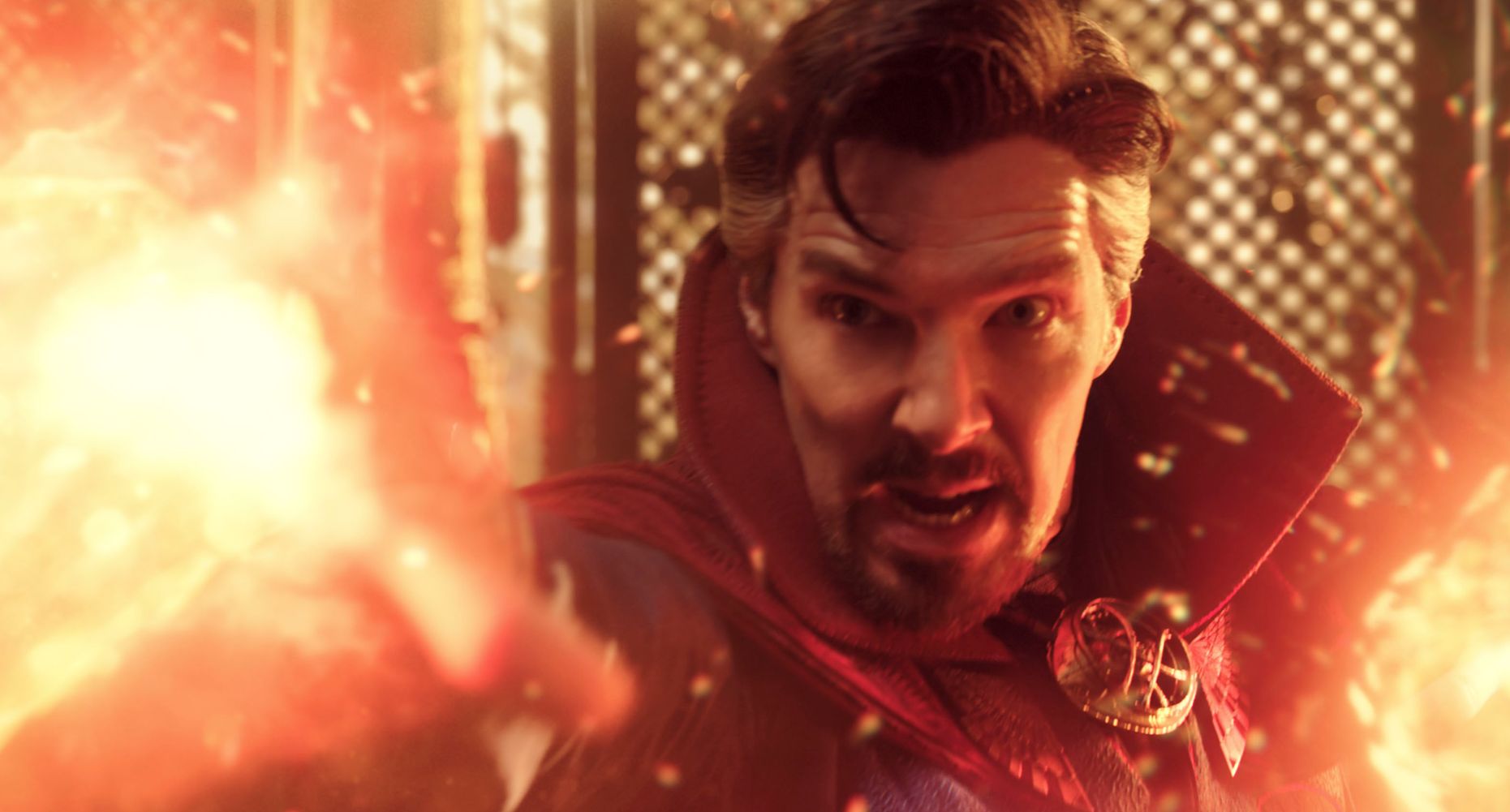 Doctor Strange in the Multiverse of Madness is now streaming on Disney+. As a Marvel fan, I’ve been waiting eagerly to see it, but I do have some thoughts.

This time around, Doctor Strange, while trying to redeem himself by taking a kid under his wing, sets out to save the multiverse from the Scarlet Witch, aka Wanda, who has been turned evil by the book, The Dark Hold. While she is nasty as hell, killing hundreds of people, she’s out to find a universe where she can be with her sons, the ones she created in “Wanda Vision.”

During our trip through multiple universes, we are introduced to several incarnations of Doctor Strange. One of the versions we meet is an undead Strange, and he’s fantastic. This movie has Sam Raimi all over it; you can not miss his style or flavor. Of course, what would a Rami film be without Bruce Campbell? Groovy ol’ Bruce makes a cameo, and it’s such fun.

The movie is a lot darker than many Marvel movies we get these days, it’s filled with horror and death, and by god, I’m here for it. There’s a ton of action, thrills, and a surprising amount of emotion, which we don’t usually get much of with Strange. The man is stoic and a bit of a prick, so it was refreshing to see him express some emotion.

One of the characters we get to know in the movie is America Chavez, played by Xochitl Gomez, who has the power to hop between worlds. For those unfamiliar with America, she was created by Joe Casey and Nick Dragotta and is the second character to use the name Miss America. Her first appearance was in Vengeance #1 in 2011 before joining the Young Avengers; she went on to get her comic in 2017.

As for the special effects, they are both insane and stunning. And the creatures are amazing; once again, there’s that Sam Raimi flavor.

I was left a bit annoyed with the ending. It sets up another movie, but the end lacks heart and passion. It’s like they set out to make a fantastic movie but gave up five minutes from the end. I mean, seriously?  And it did not leave me craving the next sequel, and I’ve seen every Marvel movie and series out there. The film does take the opportunity to introduce both X-Men and The Fantastic 4 to the universe. Oh, but wait, they are only in the movie for about five minutes before they are killed off, but there are multiple universes, so who knows? This could make for interesting new stories in the future.

Is the movie a dud? Absolutely not. It’s a great movie that should have just ended five minutes earlier. Watch the film on Disney+ or get your copy on Blu-ray or DVD today.

← Prev: Weaponized Dinosaurs Are On The Loose In The 'Jurassic Domination' Trailer Next: Blu-ray Review: Pink Flamingos (1972) - Criterion Collection →