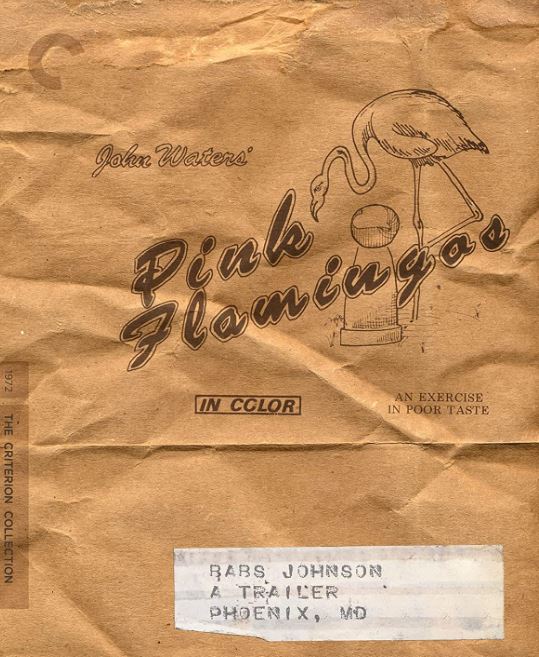 Ol’ Divine (played by Divine, because no one else could honestly) is the gold star fucking standard when it comes to bein’ filthy… so much so in fact that she has been given the title of “Filthiest Person Alive”, so you know the shit she gets up to is filthier than filthy indeed.

Divine is more than content to live the lifestyle in her homebase, namely a trailer located in the ass-end of god-knows-where; with her mother, Edie (Edith Massey), who really, REALLY digs eggs, her son, Crackers (Danny Mills), and her batshit pal, Cotton (Mary Vivian Pierce) … all just wallowing in the nasty.

All can’t remain status quo for our outrageous heroine unfortunately, as before long Divine is challenged for her crown by a pair of out-of-town, proud as all hell sick fucks by the name of Raymond and Connie Marble (David Lochary and Mink Stole respectively) who run through a catalog of dirty deeds in pursuit of her coveted role.

Divine doesn’t take this lying down however, and really ups the ante for her antagonists… and to hell with your delicate sensibilities!

Such is the meat n’ potatoes of legendary counter-culture filmmaker John Waters’ most notorious (though admittedly not his most technically proficient) film, Pink Flamingos; a loving, heart-felt treatise on kink, and how it should be embraced rather than hidden away, a timeless topic that resonates even in these troubled times.

About those “kinks”… well, while some of the outrageous acts have lost a little of their punch over the decades thanks to our ever-changing acceptance of what is socially acceptable (shit, I’m starting to sound like a damn term paper here), this film still has plenty of that good ol’ gag-inducing content including but not limited to: incest, chicken fucking, cannibalism, and of course, cursed furniture… not to mention  its most infamous moment involving a new taste sensation that’s truly for the dogs) that’s sure to raise an eyebrow, and perhaps your lunch (don’t worry, a barf bag is actually included in this Criterion release), and will doubtless entertain every viewer with a love of perversion and off-kilter lunacy!

While you may surmise that this film is an absolute celebration of the ugly (and that one guy’s talented asshole… you’ll see… and never un-see), and you are completely right… this Blu-ray release looks gorgeous, sourced as it was from 16mm original source materials (stored for 50 years in Waters’ attic no less), with eye-popping color (especially in the primary hues), and a picture clean enough to look lovingly restored, while maintaining the patina of grain so necessary to convey a twisted tale of this caliber in its proper greasiness (though the amateur nature of some of the shots do the heavy lifting there as well… and while we are at it, the audio present here is solid as well… unless the actor on screen wasn’t recorded properly… ).

As for special features, we get some choice toes to suck on with a new interview with Waters (conducted by filmmaker Jim Jarmusch), and a tour of the film’s locations by the same representing the new offerings on display.

Archival material includes two commentaries from Waters (one from a previous 1997 laser disc release, and the other from 2001) that each offer their share of unique anecdotes while covering the same material, footage from the film’s 25th Anniversary celebration, a collection of outtakes, and the film’s trailer.

Rounding out the package is a booklet featuring an interview with Cookie Mueller’s discussing the film’s production, and an analysis of the film courtesy of film critic Howard Hampton.

Pink Flamingos is a legend for a reason; it’s shocking, it’s razor-sharp satire, and it treats filth like others would treat the Mona Lisa… you know, just like our ghoulish gang!

← Prev: Movie Review: Doctor Strange In The Multiverse Of Madness Next: A "Stranger Things" Spin-Off Is In The Works →