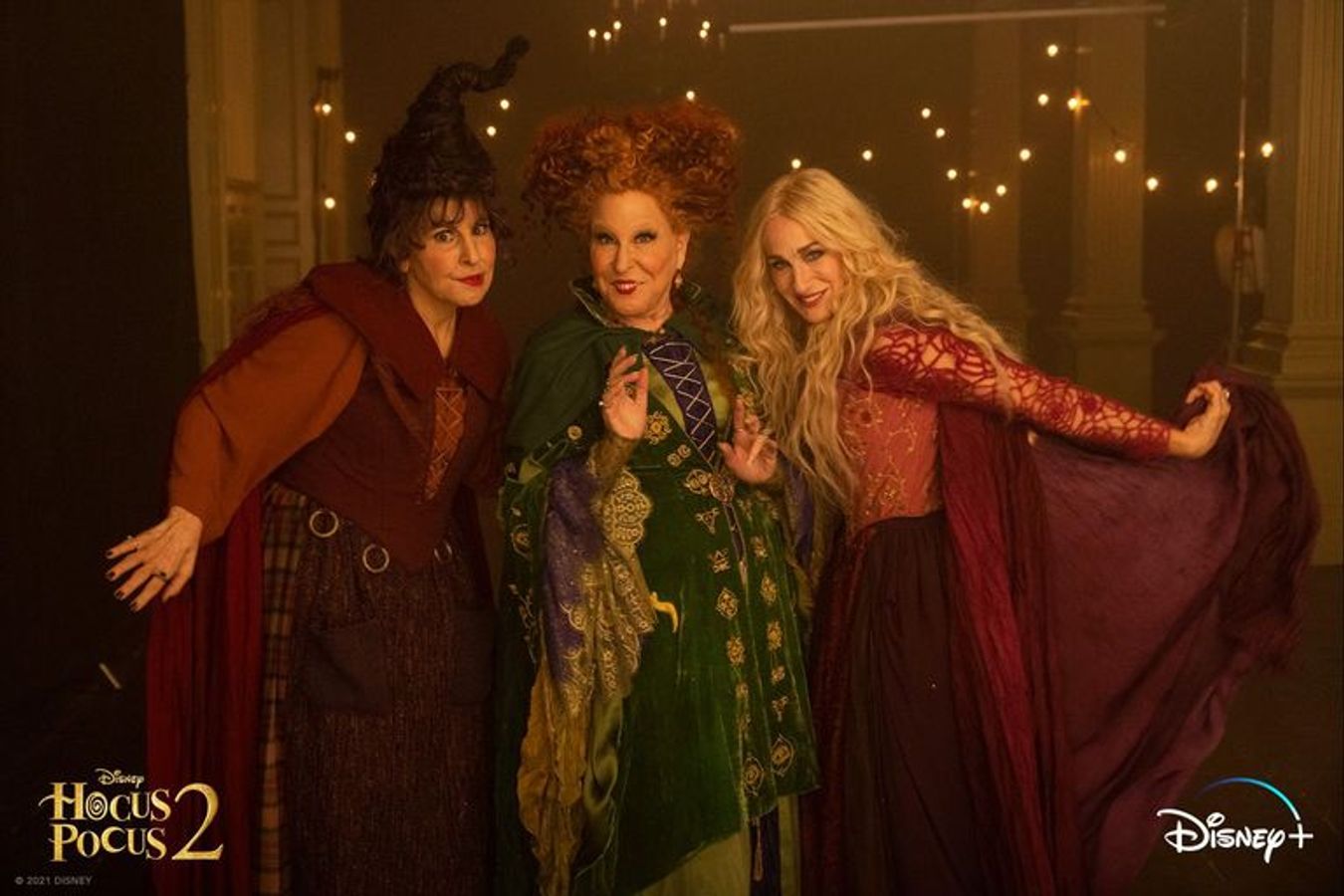 Disney has released the official trailer for Hocus Pocus 2, heading to Disney+ this September. Much of the trailer centers on a group of girls who end up bringing back the Sanderson sisters. Throughout the trailer, we see glimpses of things from the original film, including Binx, the book, Billy’s tombstone, and the black flame candle. We also get a glimpse of the Sanderson sisters Who are back and ready to raise some hell.

In the original, a curious teen name Max (Omari Katz) struggles to fit in after moving to Salem. On Halloween night he lights the black flame candled unleashing the Sanderson sisters, three witches who want to siphon the youth from children to regain their beauty.

“I am beyond thrilled to be involved in the sequel to a film that is as beloved as Hocus Pocus,” director Anne Fletcher shared in a statement last fall. “Fans around the world have embraced these characters and have made this film a Halloween tradition whose popularity continues to grow, and how lucky am I to be back at Disney with these three extraordinarily talented ladies in the iconic roles they created, as well as our fabulous new additions to the cast?”