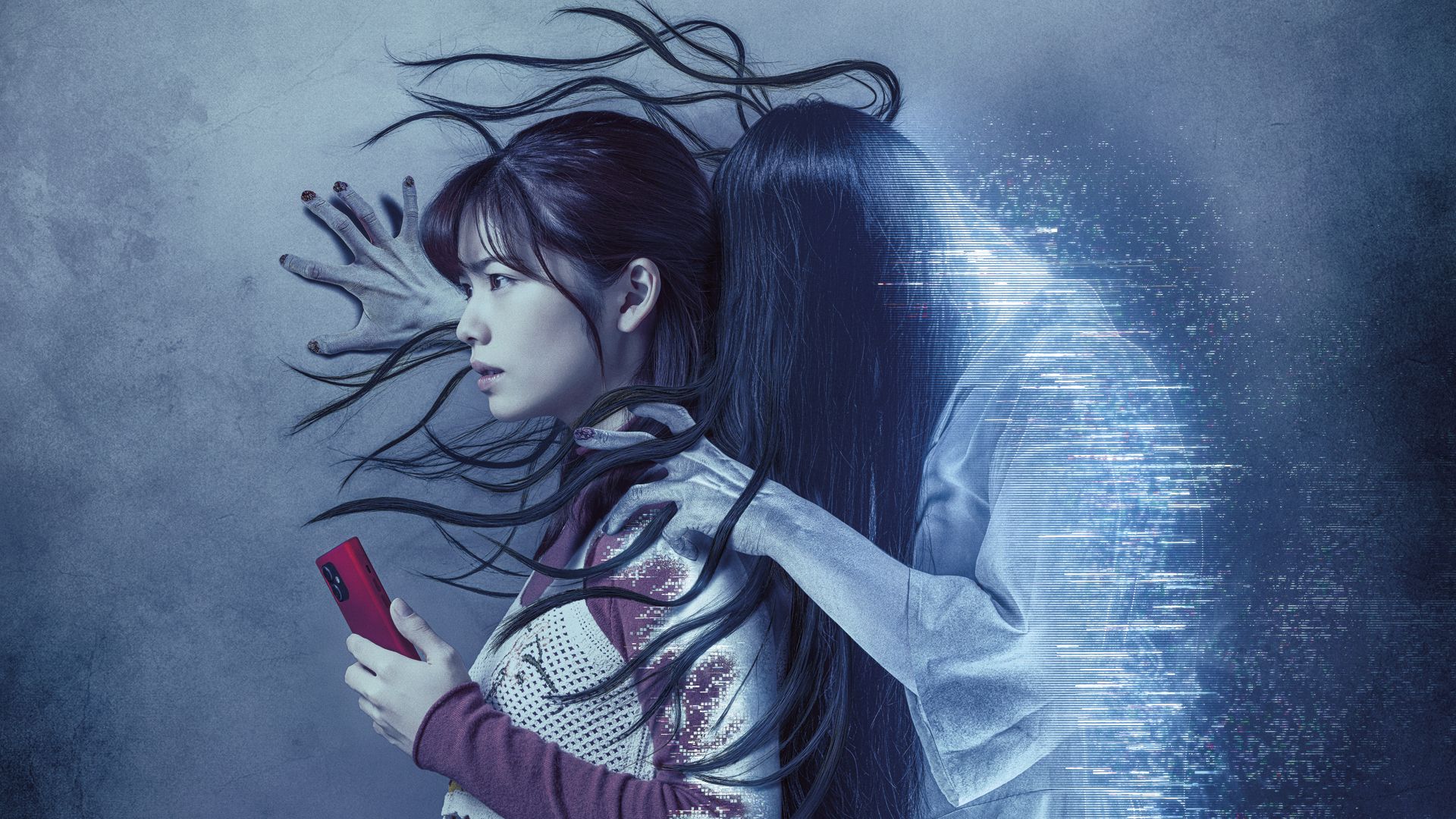 The always incredible Fantasia International Film Festival celebrates its 26th anniversary in Montreal this summer, running from July 14—August 3. North America’s largest genre film fest, Fantasia boasts more than 130 feature films and more than 200 shorts from around the globe. Here are five of the many horror titles that look to be highly intriguing, with comments from yours truly in italics after the official festival descriptions.

Ryan Kwanten (TRUE BLOOD) and J.K. Simmons (WHIPLASH) star in veteran genre journalist, filmmaker, and podcaster Rebekah McKendry’s wickedly funny, mind-bending mix of comedy, horror, sci-fi and gloriously indescribable weirdness. In GLORIOUS, After a breakup, Wes (Kwanten) ends up at a remote rest stop and finds himself locked inside the bathroom with a mysterious figure speaking from an adjacent stall. Soon Wes realizes he has found himself in a nightmare scenario more terrible than he could ever imagine. World Premiere.

Dr. McKendry is a fright-film treasure, an expert in the field who teaches university classes on horror movies and directs both features and shorts. Her latest effort sounds like an absolute blast.

MOLOCH is the hotly anticipated feature debut from acclaimed Dutch filmmaker Nico van den Brink. This is his follow-up to his award-winning shorts THE BURDEN (currently being adapted into a feature film co-produced by James Wan and Sam Raimi) and SWEET TOOTH, both of which premiered at Fantasia. Drenched in creeping dread, MOLOCH tells the story of 38-year-old Betriek (Sallie Harmsen, BLADE RUNNER 2049) who lives at the edge of a peat bog in the Northern Netherlands. As inexplicable horrors mount, she gradually becomes convinced that she is being hunted by something ancient. International Premiere.

Dutch darkness and dread — there’s nothing quite like it (case in point: this year’s Speak No Evil). I’m a sucker for films about supernatural entities of the ancient variety, so I’m all in on this one!

Monique (Gabby Beans, HOUSE OF CARDS) leaves her family quarantine to help a friend who’s suffering from terrible nightmares – but she learns too late that the bad dreams are contagious, along with the demon behind them.  Award-winning Writer/Director Andy Mitton (THE WITCH IN THE WINDOW, WE GO ON) returns with his unique brand of empathetic supernatural horror. Deeply sad, deeply scary and all-out stunning in its power to probe collective trauma, THE HARBINGER bursts with occult imagination, exploring the anxiety and disorientation of the last few years in ways that only Mitton could. World Premiere.

The Witch in the Window is a winner, so a new feature from Mitton is guaranteed to get my attention. He knows how to bring good drama with the terror and trauma.

The curse has mutated, spreading at great speed via the internet, and there are only a few hours left for skeptical TV personality Ayaka to solve the puzzle. Returning to the world of RINGU, which kicked off the Asian horror renaissance of the ’90s, director Hisashi Kimura’s SADAKO DX isn’t afraid to laugh a little at the quirks of the franchise it emerges from while still bringing the horror that hardcore fans crave. From the meta jump scares to the bizarre new appearance of our favourite wraith, SADAKO DX delivers shrieks and chuckles alike. World Premiere.

I first caught the original Ringu on a grey-market videotape long before it was officially released in the States, and that was an incredible way to watch it. Technology has advanced a great deal since those heady days, so it will be fun to see how our favorite long-haired ghosts adapts to the times.

With his feature debut Skinamarink, director Kyle Edward Ball plunges us into those endless childhood nights in this expressionistic and experimental horror vision. Two children wake up in the middle of the night to find their father is missing, and all the windows and doors in their home have vanished. In SKINAMARINK, childhood memories become the backdrops of terrible imaginings, and the landscape of increasingly disturbing incidents. World Premiere.

Kindertrauma, anyone? Yes, please, and this one sounds like it will jolt even the most jaded horror film buffs straight back into childhood fears.

An octogenarian named Manuel (Zorion Eguileor) falls into a state of dementia after the sudden suicide of his wife, sparking a series of paranormal events that will put his family’s lives at risk. Starting as a grounded drama exploring the indignities of old age, THE ELDERLY gradually snaps off one guardrail after another, building to a crescendo of sheer terror with imagery that can never be unseen. This chilling new vision in Spanish horror from directors Raúl Cerezo and Fernando González Gómez (THE PASSENGER) features a heart-stopping lead performance from Eguileor (ALL THE MOONS, THE PLATFORM). World Premiere.

The Passenger is currently on my list of top 10 favorite fear-fare films of 2022, and it will be interesting to see if Cerezo and González Gómez can land another of their works on that list in the same year. Here’s hoping!

After opening this year’s Cannes, FINAL CUT (Coupez!), Michel Hazanavicius’s riotous remake of Shinichirou Ueda’s ONE CUT OF THE DEAD, is coming to North America. Starring Romain Duris, Bérénice Bejo, Grégory Gadebois, Finnegan Oldfield, Matilda Anna Ingrid Lutz, and Yoshiko Takehara reprising her beloved role from the original film as a producer, this hilarious ode to the do-or-die spirit of filmmaking is a joy to behold. It is especially noteworthy for the film’s North American journey to be starting at Fantasia, as the festival was among the first to popularize the original Audience Award-winning ONE CUT OF THE DEAD in the West. Poetically, Ueda’s latest, POPRAN, will also be having its North American Premiere at the festival this year. Bet your viewfinder that FINAL CUT is going to bring the house down in cheers. North American Premiere.

The first big question here is, why would anyone attempt to remake the beloved Once Cut of the Dead, which has pleasantly surprised so many film fans since its release in 2017? And the other big question is, can Hazanavicius pull off a remake to that gem? We’re just mere days away from finding out!

Fantasia’s Frontières International Co-Production Market will be held July 21—24. Screenings, panels and special events will be taking place at the Concordia Hall and J.A. de Sève cinemas, with additional screens at the Cinémathèque Québécoise, Cinéma du Musée and the McCord Museum. Ticket pre-sales will open on July 9, at 1PM. 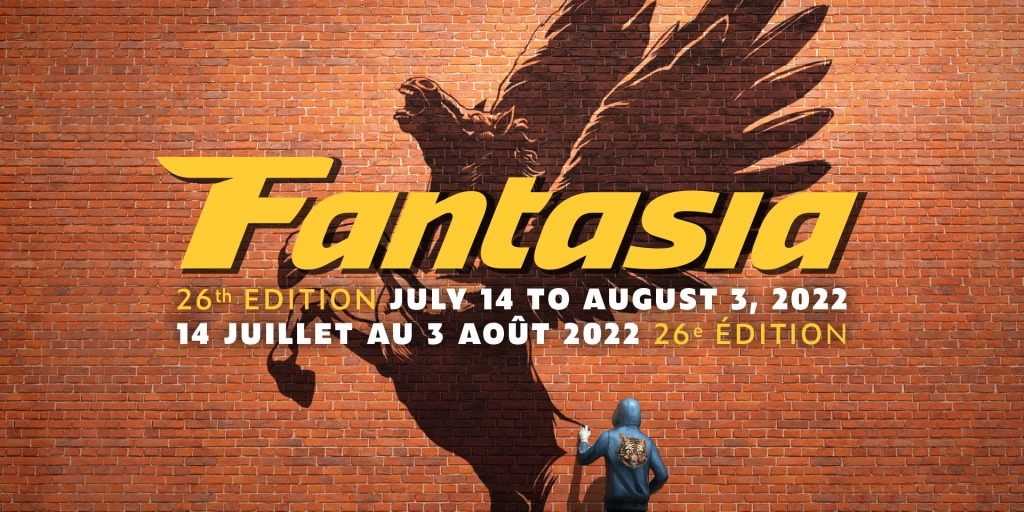 ← Prev: Blu-ray Review: The Living Dead in the Manchester Morgue (1974) Next: Sabrina Spellman Is Back In A "Riverdale" Crossover This July (Preview) →