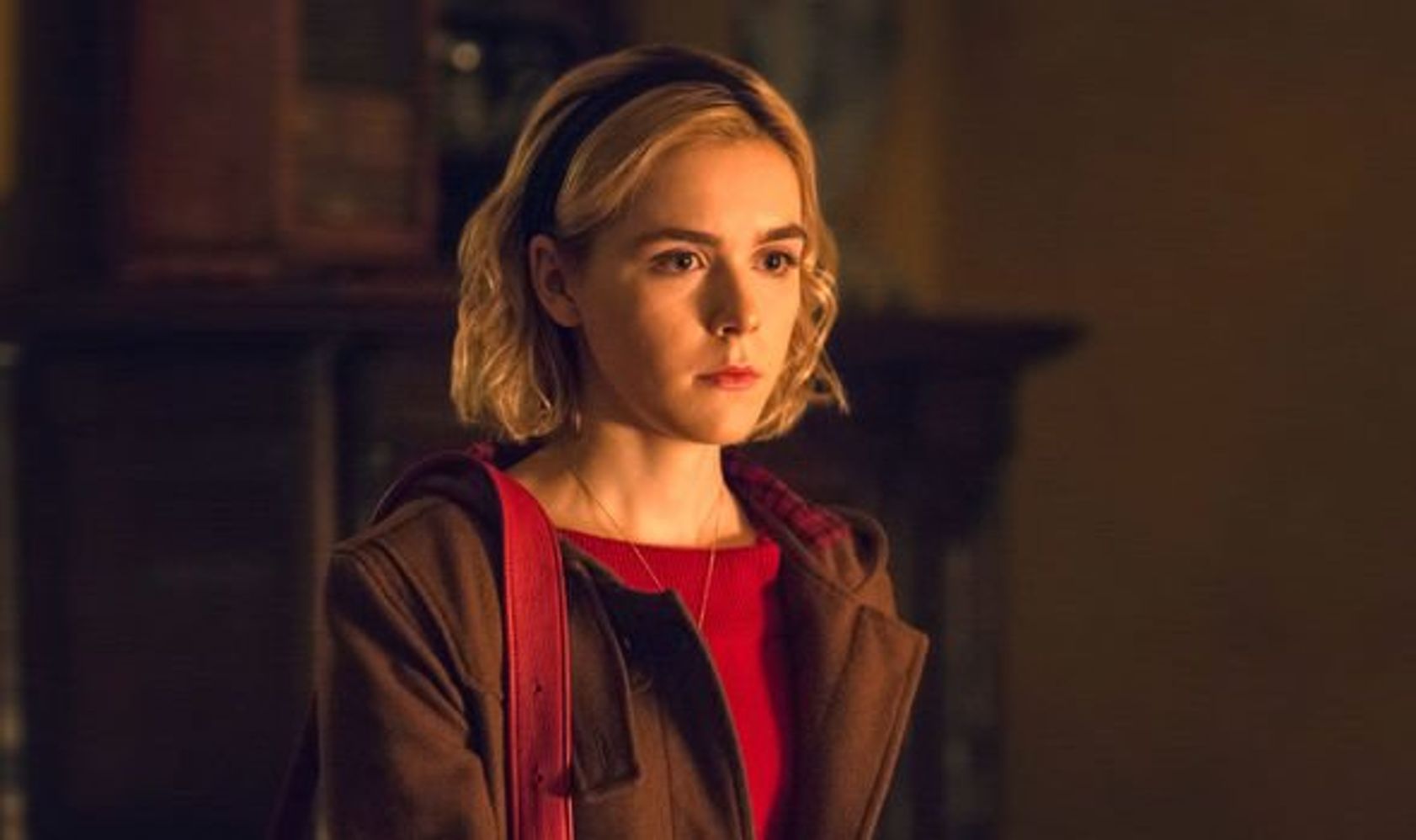 Sabrina Spellman is back in an upcoming episode of CW’s “Riverdale,” titled “Chapter One Hundred and Fourteen: The Witches of Riverdale.” Kiernan Shipka starred as Sabrina in the Netflix series “Chilling Adventures Of Sabrina,” and will be reprising her role as the young witch/Queen of Hell.

In the episode, Sabrina returns to earth, conjured by Cheryl (Madeline Petsch) to help resurrect four people. To make that happen a new coven needs to be formed, and it looks like Betty, Veronica, Tabitha, and more are joining in. In the previous episode, “Biblical,” Percival Pickens caused the deaths of the town’s first borns, including Archie, Jughead, Fangs, and Toni.

Tune in for Sabrina’s return on July 10th and check out the preview below.