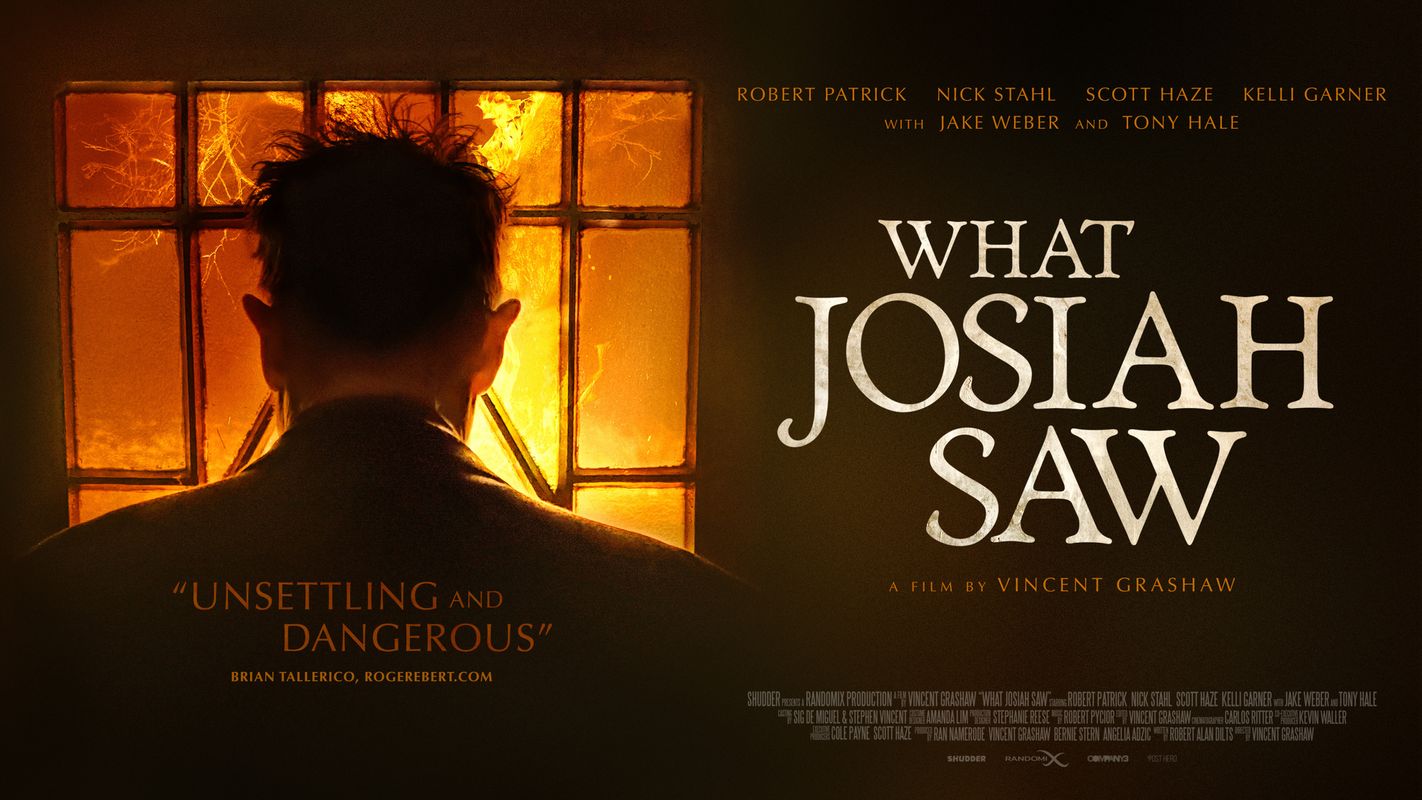 Shudder, AMC Networks’ premium streaming service for horror, thrillers, and the supernatural has just announced the release of the new trailer for the Shudder Original What Josiah Saw ahead of the film’s debut on the platform next month.

The film marks the third feature from American filmmaker Vincent Grashaw (Coldwater, And Then I Go). The haunting film made its world premiere to high praise at the 2021 Fantasia Film Festival before it went on to win awards at the Brooklyn Horror Film Festival, Fantaspoa International Fantastic Film Festival, Screamfest, and more.

In What Josiah Saw, “after two decades, a damaged family reunites at their remote farmhouse, where they confront long-buried secrets and sins of the past.

The film, which is written by Robert Alan Dilts, stars Robert Patrick (The Terminator), Nick Stahl (Sin City), Scott Haze (Child of God), and Kelli Garner (Lars And The Real Girl). And is produced by Ran Namerode, Grashaw, Bernie Stern, and Angelia Adzic and executive produced by Cole Payne and Scott Haze.

What Josiah Saw, a Shudder Original, will premiere on the streaming service on Thursday, August 4, 2022.

← Prev: Stranger Things' Finn Wolfhard Is Writing And Directing A Horror Movie Next: Saw: The Experience Comes to London for Halloween Season →