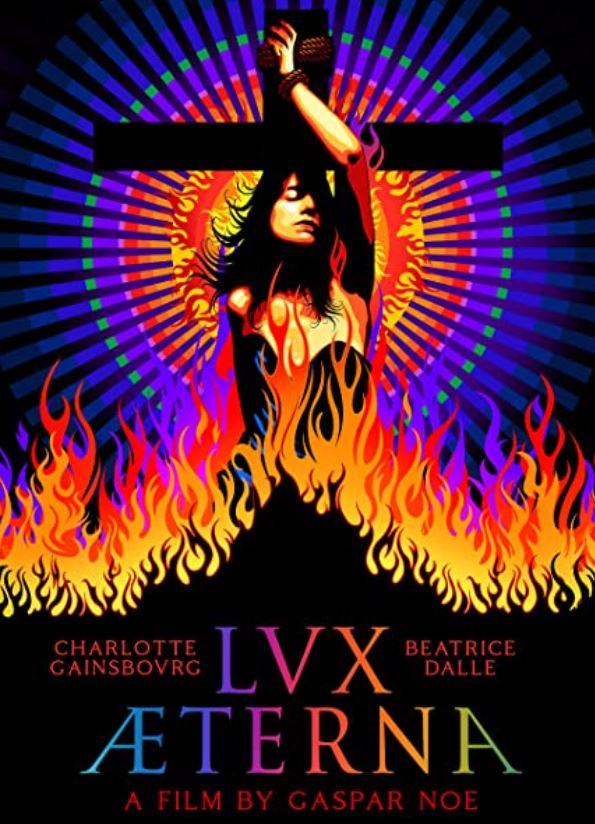 The fireside chat steers towards the perils they have faced in the entertainment industry (and seems agonizingly authentic even if it was faked for film), and as the conversation progresses we can’t help but think of the parallels between the way women are treated in a male dominated world and the witches of old… yeah man, this is an art house flick with plenty on its mind, and the point is hard to dismiss right down to the usage of sequences from Benjamin Christensen’s 1922 cinematic treatise on the evolution of witchcraft, Haxan: Witchcraft Through the Ages during the film’s opening.

Naturally, the production goes slightly off the rails when a bunch of clueless dudes (an American director, the film’s producers) try to fuck things up for Dalle at each and every turn, literally trying to impose their will upon the increasingly harried director who also has to contend with contractual nudity clauses and a cinematographer on the verge of performing a creative mutiny.

It’s a fuckin’ nightmare in other words.

Speaking of such things, the entire set begins to malfunction creating a whirling kaleidoscope of vivid color that increases both the characters anxiety and our own before the entire thing descends into history repeating itself, as is the way…

It’s that visual explosion that really makes this picture a fitting sensory face-slap that is only aided and abetted by Noé’s use of split screen that at first shows our leads reacting to each other’s conversation as it unfolds, before devolving further and further into overlapping dialog and breathless panic.

It is no surprise this flick is so damn stylish, as besides Noé’s intense artistic vision, he also had a literal ass-ton of money to make this thing as it was sponsored by fashion brand Saint Laurent to create some signature content that showcases their clothes. They got this in return, and I bet they loved every minute of the fifty-one minute run time (yeah, this is like an expanded short film, but trust me it gets the job done over the course of those brief, fever-dream drenched minutes).

As you can imagine, this film looks amazing, and the 1080p Blu-ray transfer utilized by Yellow Veil Pictures is filled with rich textures, and eye (and brain) popping color presented with an absolute minimum of digital artifacting. Skin tones are also natural and warm, with the only negative being some of the darker elements fell flat at certain points.

The overall quality of the video is matched by the crystal clear DTS-HD 5.1 and 2.0 Master Audio Track that adds a nice depth of sound and presents a great layer of viewer immersion into the ensuing chaos, as uncomfortable as that is at times.

Adding to the entire affair are the quality bonus features present on this release which begin with an audio commentary from Noé and Dalle that provides a highly entertaining and listenable journey through the film’s production and themes.

Also present are an eleven-minute introduction from Noé that further explores the film’s genesis and creation, a collection of production shots courtesy of photographer Tom Kan, a video-essay concerning cinema’s usage of the aforementioned split-screen technique, an interview with actor Karl Glusman (who plays the American director I mentioned previously), and a collection of trailers and teasers for the film.

Also included is a second disc featuring a collection of short films that inspired Lux Aeterna. Included are:

1954’s Inauguration of the Pleasure Dome, a presentation of a psychotronic masked ritual from Kenneth Anger.

1962’s La Ricotta, Pier Paolo Pasolini’s examination of the differences in the teachings of religion and the actions of those that supposed follow the dogma… starring none other than Orson Wells!

The Flicker, also from 1966, also strobe-o-mania courtesy of Tony Conrad.

These are all presented in HD with a DTS-HD 2.0 Master Audio track, with Anger’s film being the nicest looking of the bunch.

Additionally, a 60 page booklet is included in the package featuring a bevy of new writing on the film, as well as a nice selection of behind-the-scenes images.