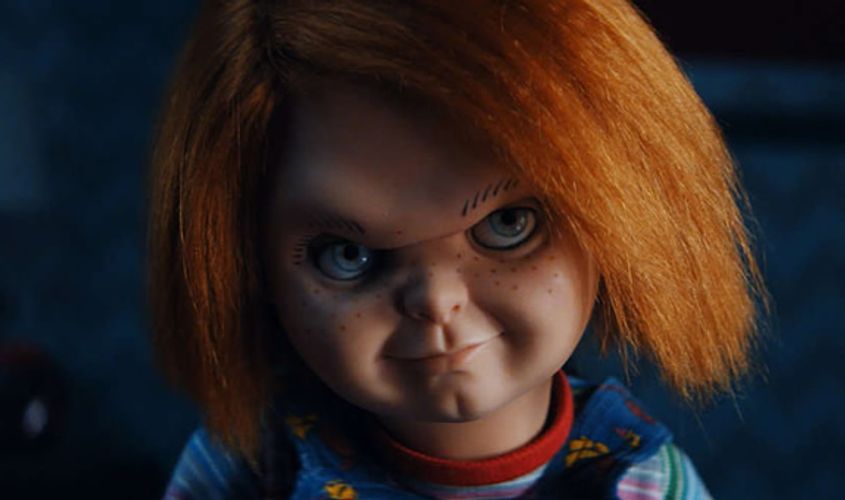 Last week we shared the first teaser trailer for the new season of “Chucky“, now a new teaser has been unleashed during SDCC that gives us a taste of the brutality to come as well as a glimpse of Glenn and Glenda, Chucky and Tiffany’s offspring.

“Chucky” season 2 is a continuation of the iconic film franchise chronicling the murderous escapades of the notorious killer doll. In the TV series, Chucky crosses paths with archenemies, old allies, and new prey, as he seeks to inspire fear and mayhem wherever he goes. After his diabolical plan to invade America’s children’s hospitals was foiled in season one, Chucky now seeks revenge on those he holds responsible: surviving teens Jake (Zackary Arthur), Devon (Björgvin Arnarson), and Lexy (Alyvia Alyn Lind), along with his ex Tiffany (Jennifer Tilly), now his sworn enemy.

The series is produced by UCP, a division of Universal Studio Group, and is executive produced by Don Mancini, Nick Antosca, Alex Hedlund, David Kirschner, and Jeff Renfroe.

I don’t know about you, but we can’t wait to see Chucky, that little foul-mouthed, psycho, possessed doll in action again! “Chucky” returns for season 2 on October 5, 2022, at 9 pm on USA & SYFY!

← Prev: Shudder Shares Nine Minute Clip From Series "Queer for Fear: The History of Queer Horror" Next: Sink Your Teeth Into The First Images From The "Let The Right One In" Series →