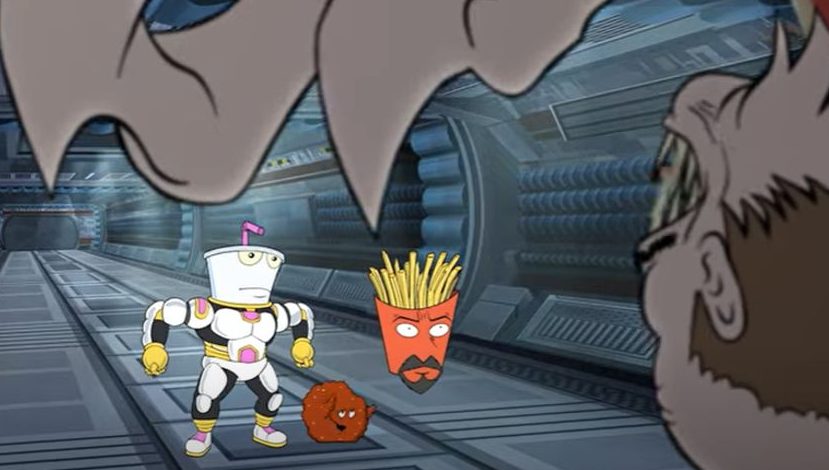 It was announced today at the Adult Swim Festival by “Aqua Teen Hunger Force” creators Dave Willis and Matt Maiellaro that an all-new mystery adventure with Master Shake, Frylock, and Meatwad is on the way with the all-new original movie titled Aqua Teen Forever: Plantasm, coming to Digital, 4K Ultra HD & Blu-ray this November from Warner Bros. Home Entertainment. This is the second film adaptation inspired by one of Adult Swim’s longest running animated series – “Aqua Teen Hunger Force.”

We’ve got a crazy out of this world first look clip that sees the gang face-off against an alien in a scene that plays homage to John Carpenter’s classic The Thing.

“Maiellaro and I are excited to finally bring book IIV of the Aqua Teen Plantasm series to the big screen that is little and inside your house. It’s funny and entertaining and it has colorful drawings that move about in a rapid fashion, but not so rapid as to cause seizures,” said Aqua Teen Hunger Force co-creator and executive producer Dave Willis. “Luxuriate your eyes in our updated animation! Revel in the mature themes and coherent storytelling! This is not your grandad’s Aqua Teen! Also, this movie has no superheroes in it. That is the Aqua Teen Hunger Force guarantee: no superheroes! No star war stuff either. If you’re looking for a star war or a yoda, this is probably not the movie for you. Do you doubt me? Watch the movie. And if you don’t like it, you have no taste and your “hot take” is not one to be trusted. I just trolled you, son. Now tweet @adultswim with your pointless rage. Bring the thunder!” 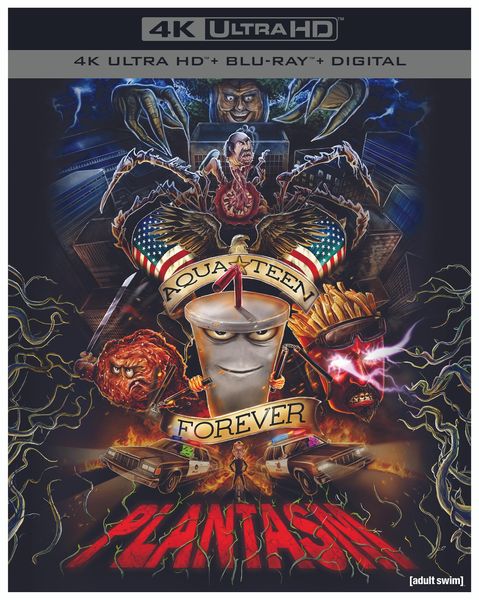 ← Prev: Get A Lesson In Terror This August With Netflix's Horror Anthology "School Tales: The Series" Next: EVERYTHING Coming To Netflix, HBO Max, Disney+, Prime Video, & Apple TV In August →