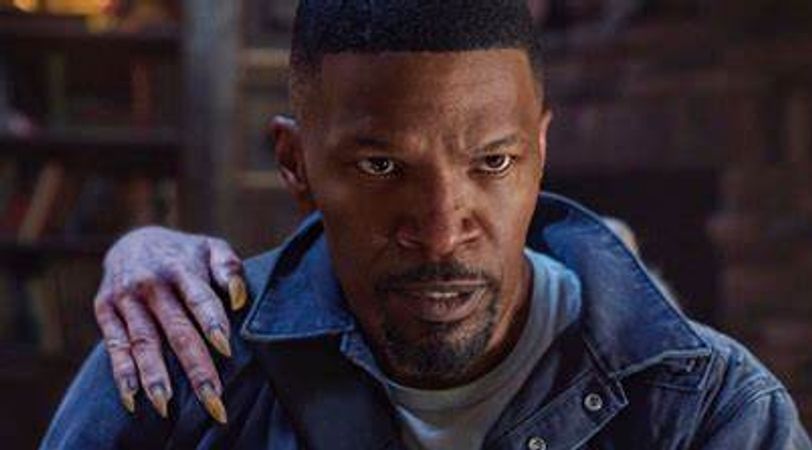 The movie stars Jamie Foxx as, Bud, a vampire hunter who works under the guise of a pool guy. Recently separated, Bud lives for his young daughter and the hope of getting back with his wife (Meagan Good). When his wife gives him an ultimatum to either come up with some cash or she and their daughter are moving to Florida, Bud goes into overdrive, killing as many vampires as he can to raise the money. Unfortunately, he kills the wrong vampire, leading to a series of events that puts his family in danger.

Jamie Foxx is perfect for his role and while Bud is no Django, he’s still a great character. Foxx plays Bud like he’s part Bruce Willis in Die Hard and part Mr. Mom, but it works. People forget how funny Foxx is, but the way he delivered his performance in Day Shift will give them something to remember.

The star-studded cast includes Snoop Dogg, who actually has a role in the movie, not just makes a one scene cameo like he usually does. His character, “Big John” is not what you would expect, I mean Snoop as a cowboy? It’s unexpected but is a perfect fit.

Dave Franco co-stars as a peeing in his pants paper pusher who is assigned to babysit Bud and he’ll crack you up with accidental humor. Karla Souza plays the villain, an ancient vampire who wants to rule the vampire world and will stop at nothing to do so. Natasha Liu Bordizzo’s character comes in near the end to help Bud. Sadly, we only get one scene with Steve Howey, who is a criminally under rated actor.

If you’re looking for over the top action, gore, and dark comedy, Day Shift is it. It’s near non stop fighting, with crazy chase scenes and more gore and blood than we usually get from a Netflix Original. It’s a ton of fun that you need to see, just don’t watch it with your kids. But don’t get me wrong, it’s not all just vampire killing action, there’s a real story there about a father’s love and his desperation to keep and protect his family.

Are you into jump scares? Day Shift has plenty. Are you more of a fan of tension and real scares? It’s got those too. It’s got something for everyone.

There’s something else that sets the movie apart, there are several different types of vampires, classes I guess you would say. The vamps themselves look great and have a creepy way of moving, with contortionists doing a lot of the stunts. Between the makeup and their movements they are creepy as hell.

The movie’s soundtrack is killer, featuring everything from ODB, Tupac And Dre’s ‘California Love,’ Snoop’s ‘Outside the Box’, and so many more classics. The soundtrack alone makes the movie worth watching.

The combo of intense over the top action, great performances, fantastic effects and comedy makes director J.J Perry’s Day Shift a great watch and one of the best Netflix Original’s we have gotten in a long time. It’s a must see flick! Sink your fangs into Day Shift, now streaming on Netflix. 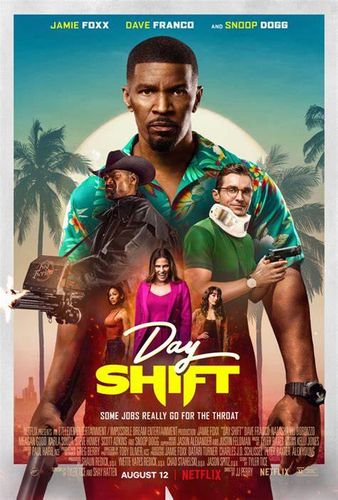