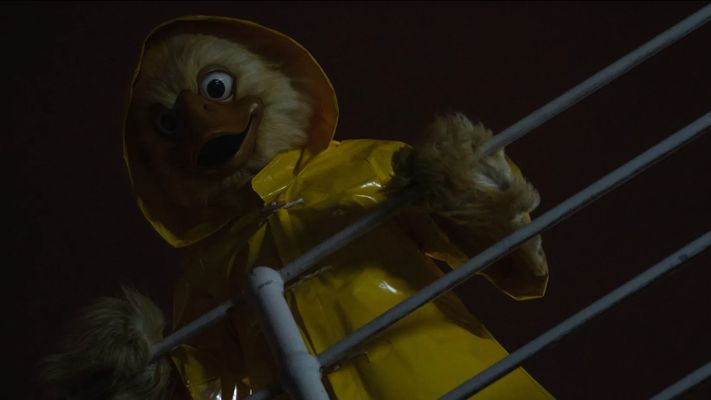 Coming soon from BBC Three is “Wrecked,” a slasher set aboard a cruise ship. BBC Three has now released the first images from the series that features a killer in a duck suit, which may quack you up.

“Wrecked” is being described as a tense thriller mixed with comedy and horror, set aboard The Sacramentum cruise ship. It centers on a  20-year-old new recruit, Jamie, as he infiltrates the 3000-strong crew in a desperate race to find his missing sister.

“She was working aboard the same vessel on a previous tour and vanished mid charter. Jamie is initiated into cruise life and gets a crash course on the tribes within the staff: the theatre kids, the mafias, and the low-paid workers. For this overworked and underpaid crew, life below deck can be an odyssey of partying and excess… and they remain oblivious to the bloodthirsty murders taking place on board. Jamie is forced to turn detective and uncover the sinister truth.”

Chris Baugh (Boys from County Hell) both directed and executive produced all six episodes of the series that will make its premiere at FrightFest later this month before launching on BBC Three and BBC iPlayer later this year. 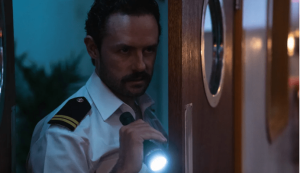 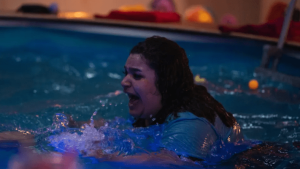 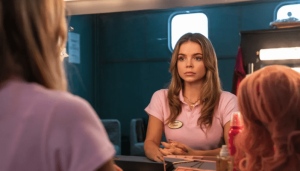 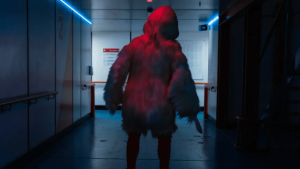 ← Prev: Humans Battle Shark Hybrids In Tubi's 'Shark Side Of The Moon' - Out Now Next: Found Footage Film 'Holes In The Sky: The Sean Miller Story' Lands Release Date →