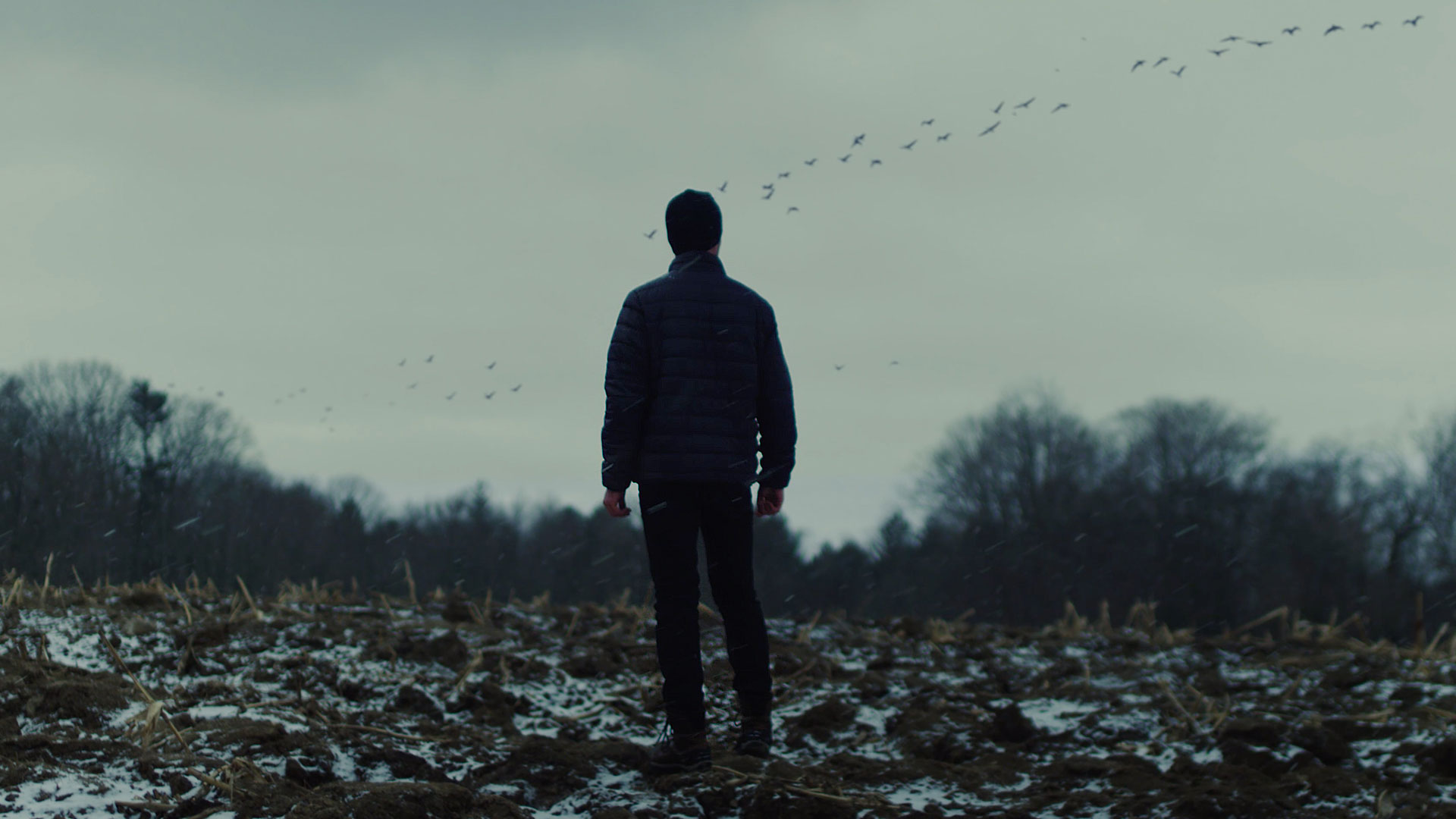 Haunting Canadian mystery thriller Wolves is a character study of a lonely man (Mark Nocent), unnamed throughout the film, who becomes obsessed with a series of animal mutilations in his wintry city. Fired from his moving job for stealing, and living alone with his pet turtle, the man researches and digs, ceaselessly pushing himself toward dangerous places psychologically and physically. Nocent gives a mesmerizing performance as someone living on edges and driven by dark places inside his mind. Writer/director Danny Dunlop invests his grim, slow-burn chiller with a constant feeling of unease. The sense of isolation is almost unrelenting, from the snow-covered streets to the man’s bare apartment to his almost hermit-like existence. Beautifully shot and masterfully edited by Dunlop, who also provided a fitting score with the help of Rachel Johnstone and Janice Kwan, Wolves is a discomfiting, highly recommended slice of genre cinema.

Writer/director Sean Perry’s Dash is a frenetic one-take thriller that goes from dark comedy to deadly serious to armrest gripping at any given moment. Rideshare driver Milly (Alexander Molina) is about to embark on the worst night of his life, as he is hoping to sell cocaine to help fund the birth of his baby with his mistress Emily (Monette Moio) while keeping his physician wife Tara (Paige Grimard) and other women in his life in the dark. His troubles begin when he makes his first sale, to a woman named Jenny (Shah Granville), who suffers horrific consequences from snorting Milly’s drugs. That Perry and Molina can make the highly flawed and despicably acting Milly a character who viewers want to watch despite his flaws and duplicity is an achievement in itself. The cast members all give believable, high-energy performances, and Perry directs with verve. Dash is a wild nailbiter that packs a lot of heart along with its tingles.

Wolves and Dash screen as part of Cinequest, which takes place in San Jose, California, from August 16–29, 2022. For more information, visit https://cinequest.org/.

← Prev: HBO Teaser Video Gives Us The First Footage From Their "Last Of Us" Series Next: Indie Horror-Comedy 'Greywood's Plot!' Hunts Down A Cryptid (Trailer) →