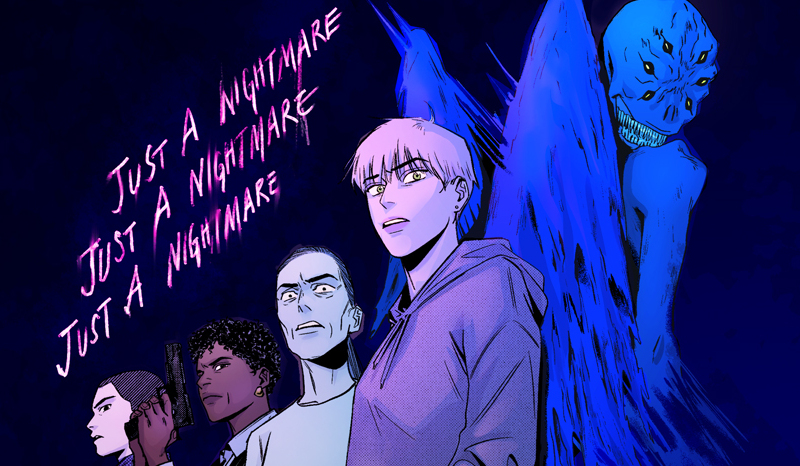 Legendary Comics, like its parent studio, is known for blockbuster storytelling and memorable characters who drive the action. Their latest original graphic novel is all of that with a dash of sleep-deprived, fast-paced fright that will keep you up at night.

Sleep Terrors is written by Cavan Scott (Star Wars: The High Republic, Justice Society) and features art by Stephanie Son, is an all-new tale of revenge gone wrong that is destined to keep you up at night, and it’s the exact kind of menacing late-summer monster romp you need to kick off spooky season. Horror fans can score an exclusive hardcover edition (among many other rewards!) in a crowdfunding campaign that ends September 21, 2022.

The book follows tortured soul Terri Shepherd as she learns, to her shock and creeping dread, that people who wrong her — even in the slightest! — are getting brutally killed by some unseen force while she sleeps. The monster is kept at bay while she’s awake, but no matter how hard she tries, she can’t keep that up forever.

Scott, explaining his inspiration for the book, said, “Have you ever been cut off on the road by another driver or had a stranger shout at you without provocation? It’s natural to feel aggrieved, and maybe even forgivable to hope that karma plays a hand in the day of the aggressor. That’s where the original spark for SLEEP TERRORS came from; the admittedly dark wish fulfillment that we could somehow magically take revenge on those who wrong us. SLEEP TERRORS plays into everything I love in horror stories; terror, heartbreak, conspiracy theories, and monsters. Lots and lots of monsters.”

Though the crowdfunding campaign is fully funded, additional backers can unlock killer stretch goals and receive an exclusive vinyl sticker and enamel pin, along with existing rewards including an exclusive hardcover edition that won’t be available at retail, a print by renowned artist Hongjacga (Star Wars, Dr. Brain), original art by Stephanie Son, and many more.

Check out the trailer for Sleep Terrors that gives you a taste of what’s going to keep you up at night. 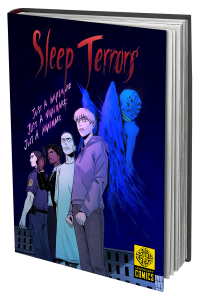 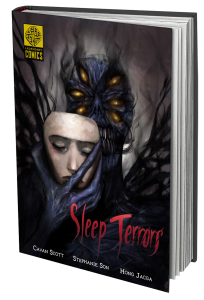 ← Prev: Hulu Unlocks The Official 'Hellraiser' Trailer Next: Sink Your Fangs Into Neil LaBute's 'House Of Darkness' - Out Now →