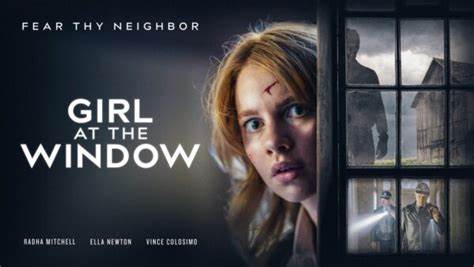 The suspense-filled trailer for Mark Hartley‘s new thriller Girl at the Window is here ahead of its November release and it teases that a killer is lurking too close to home for one young woman.

In the film, Amy (Ella Newton) and her mother (Radha Mitchell) move to a new home. Amy sees weird activity – her neighbor comes and goes at strange hours and she hears screams. Is her new neighbor and her mother’s new love interest the serial killer that’s killing her classmates?

From filmmaker Mark Hartley (genre documentary Not Quite Hollywood), this serial killer-next-door thriller has plenty of kills, gore, and suspense that will keep horror fans hooked.

Girl at the Window premieres on VOD and Digital on November 4, 2022, from XYZ Films.