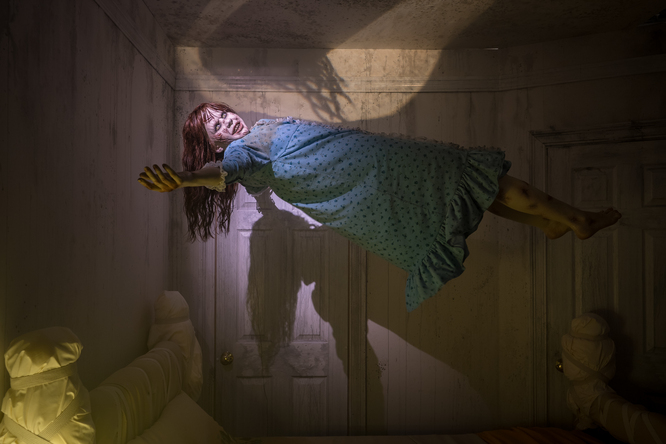 The new area celebrates some of the most classic horror possession films ever released by Warner Bros. and New Line Cinema. Annabelle and The Nun from The Conjuring Universe, the original possession that started it all, Regan from The Exorcist, and everybody’s most feared clown, Pennywise from IT will bring life to all four films for the first time ever – all under one roof and so lifelike you’ll scream!

Incredible wax figures of each character are set within four highly themed, fully immersive scenes. The new experience dares guests to explore every eerie corner and come face to face with some of the most famous tormentors in horror history in incredibly lifelike detail; an experience only possible inside the world’s greatest wax museum, Madame Tussauds.

“The horror genre has one of the most dedicated fan followings and we can’t wait to send a chill down visitors’ spines when they immerse themselves into these iconic scenes featuring terrifying wax figures,” said Madame Tussauds New York Head of Marketing Tiago Mogadouro. “We know Warner Bros. Icons of Horror will be a favorite at Madame Tussauds New York, especially during this spooky time of the year!”

Each scene was inspired by the Warner Bros. and New Line Cinema’s horror films, including:

Annabelle – It’s Tea Time! Head down a creepy corridor into a child’s bedroom and take a seat next to Annabelle for a tea party photo-op but beware that things are never as they seem with the possessed doll! The table starts to shake, and objects mysteriously move around the room.

The Exorcist – Things get more frightening and sinister for visitors as floorboards creek and loud noises scare to the core in the MacNeil household. Meet 12-year-old Regan, a child possessed by the devil, where only and exorcism can free her from evil within. The terrifying wax figure levitates above the bed causing strange poltergeist-like activity while moving wind lights create terrifying animated shadows on the ceiling.

The Nun – With dim lighting, shadows, and eerie organ music, there is danger LURK-ING everywhere! In order to make your way through this next room, guests must pass and survive the menacing Nun, Valek, standing in this chilling cloister.

IT – This clown needs no introduction. It’s PENNYWISE. Finally, guests find themselves in the darkest and most run-down part of the Neibolt house, coming face to face and terrorized by the dancing clown.

The nightmare begins now at Madame Tussauds New York. Horror fans can catch every sinister detail. Head to  @MadameTussaudsUSA on social media for more on this and other features. 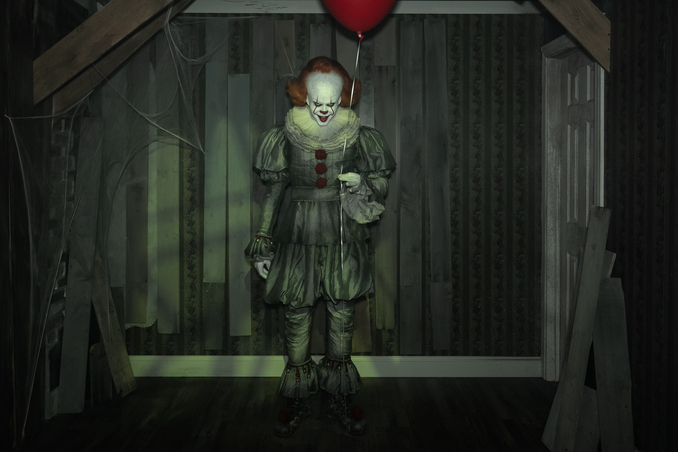 ← Prev: Loyalties Are Tested In The New Trailer For Horror Movie 'The Friendship Game' Next: The New 'Soft And Quiet' Trailer Speaks Volumes About The Horrors You Will Witness →