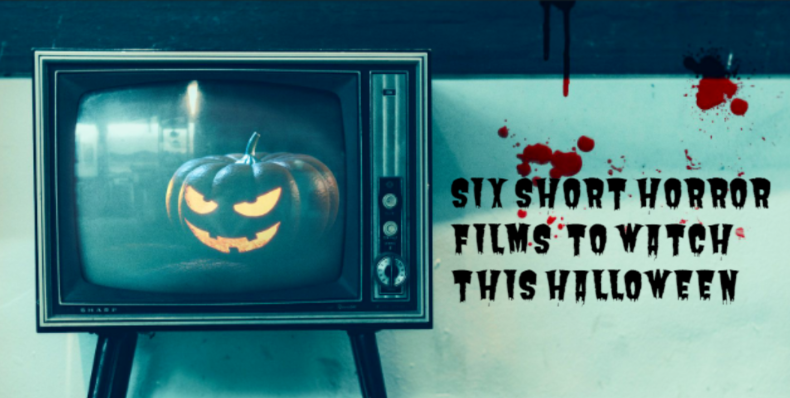 This Halloween, we’ve got a treat for you, six short terrifying tales of horror set on the spookiest night of the year.

During their first Halloween in their new home, Travis and Beth encounter an unexpected trick or treater. The films from writer-director Wesley Mellott.

The House on Oak Street

Four middle school kids discover the unimaginable when, on Halloween night, they venture into the old house on Oak Street.

The Pumpkin Man: Demon of Fall

Jenny Scott is an amateur photographer constantly looking for abandoned landmarks to add to her portfolio. But when she visits Alpine Groves, she stumbles upon something far darker and more sinister than she could have possibly imagined… The Pumpkin Man! Written & Directed by Ryan Sheets and starring Sylvia Muchmore.

As they go from house to house, four young trick-or-treaters collect strange treats that could signal the end of Halloween. “The Last Halloween” was directed by Marc Roussel.

Michael Myers comes face-to-face with the horrific prospects of retirement in this parody based on John Carpenter’s Halloween.

From Treehouse Digital comes Treaters, which follows A gang of three kids, led by a mysterious, clown-faced mastermind, who stages the sweetest heist of their lives on Halloween. They’ve set their sights on the local candy store, but get more than they bargained for when faced with the not-so-sweet store owner.