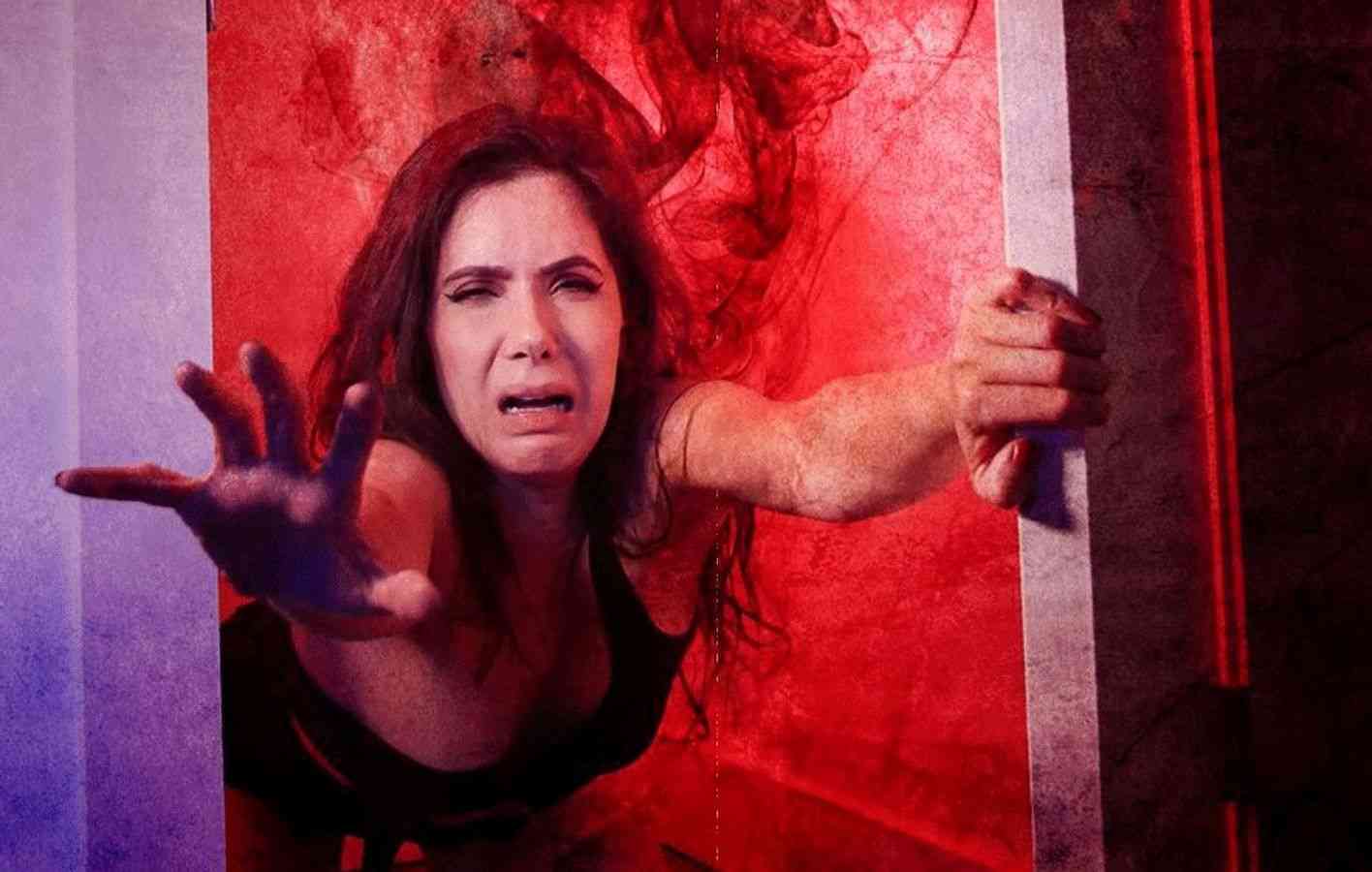 The U.K.’s Horror-on-Sea Film Festival celebrates its 10th anniversary in January 2023 with a mind-shattering, blood-spattering array of independent scare-fare cinema. From monsters to murderers to other assorted mayhem, the fest features something for sppoky-cinema lovers of all stripes. Following is the official press announcement.

Halloween may be over, but the horror will continue as the website for Horror-on-Sea 2023 is now live and the terrifying full line up has now been revealed.

Horror-on-Sea is recognised by many as the true home of independent horror and remains one of the UK’s biggest independent film festivals.

Originally formed to promote independent horror films and will continue to uphold that tradition, giving the horror fans an opportunity to see independent titles which would not normally be played on the big screen.

Festival organiser Paul Cotgrove had the following to say about the festival returning: 10 bloody years of the Horror-on-Sea Film Festival, who’d of thought it! When we came up with the concept of only supporting independent Horror Films back in 2013, we never dreamt that we would tap into such a vast appreciative fan base that we have today. We have put together a very strong line up of films for January 2023 which will certainly keep the horror fan’s happy and mark our 10th anniversary in style. You can find the full festival listing for both weekends below.

Tickets and exclusive Horror-on-Sea merchandise is now available on the website and can be collected at the festival: https://www.horror-on-sea.com/

A detective and a wildlife specialist investigate when a mutilated body is found in a forest.

Plus short film: WHAT’S THE BOOGEYMAN

Natalie, an ambitious young illustrator, is forced to create four of the most terrifying tales imaginable.

Plus short films: THE PEY and ESCALATION

12 of indie horror’s brightest talents, including many HoS regulars, bring 12 tales of terror to life

Plus short films: THE CURSE OF ROOM 102 and CONKERS FOR THE BRAVE

When lonely Stephen meets streetwise call girl Christa it seems like a dream come true – but is it?

10am THE HAUNTING OF LADY-JANE

Plus short film: GONE and BEHIND YOU

After an argument with his wife, Jason seeks solace in a forest, but finds it has secrets of its own.

Plus short films: SERURTA and ANIMATION

Students tormented by a lingering ‘presence’ find that true art can only be achieved through suffering and pain.

From the creators of HoS hit The Snarling: Gruesome murders in a sleepy village have the police baffled.

A telephone psychic is pulled into a web of mystery when she receives a call from a self-confessed serial killer.

Colin Baker and Dani Thompson star as a customer service agent is terrorised by a dissatisfied caller.

Plus short film: THE WEIRD WORLD OF MOLLY BROWN

3pm IT CRAWLS BENEATH

Plus short films: NEONATE and SUCKER

5.30pm POWERTOOL CHEERLEADERS VS. THE BOY BAND OF THE SCREECHING

The title pretty much says it all – but there’s a cursed amulet and an apocalyptic TV talent show in there as well.

A fraudster posing as a casting director preys on actors desperate to get their big break.

Plus short films: UPSTAIRS and BLINK 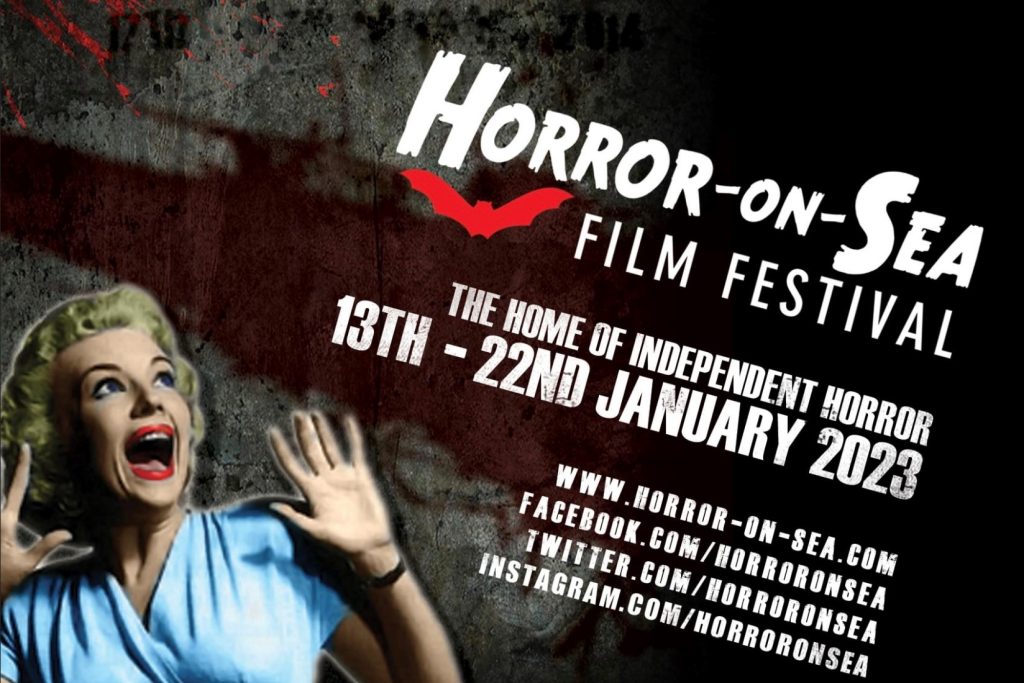 10am MONSTERS IN THE CLOSET

When read out loud, a horror author’s stories come to gruesome life.

Plus short film: MY CONDITION

A family is haunted by the ghost of their young daughter, but did she really commit suicide?

A couple’s romantic weekend away turns into a nightmare when their first day keeps repeating itself.

Plus short films: BURNING LOVE and DON’T LOSE YOUR FACE

The Western Front 1916. During a night-time raid on a German trench, the fates of four British soldiers collide.

Plus short films: AU PAIR and ALL YOU CAN EAT

A young couple are hunted by someone intent on stopping them leaving the freeway.

Plus short films: #NOFILTER and STRINGS

Moving in with her ailing grandmother, a young woman has to confront a malevolent presence.

Plus short films: ROOM 301 and THE MIRAGE

After being sent to a sinister religious retreat by their stepfather, siblings must escape to try to save their mother.

Plus short film: THE OVERKILL

Taking a job with a low-rent pornographer, a feisty young woman ends up battling an ancient evil.

Plus short films: CURSE OF BAXTON HOUSE and EAT YOUR EGGS

Inspired by the ‘video shop’ at HoS, six directors present tales in the spirit of the classic horror anthologies.

10.30pm A SHIP OF MADNESS: DEEPER AND HIGHER WITH PAZUCUS

10am ANOTHER DAY TO LIVE THROUGH

A determined young woman and an embittered old soldier are trapped in an isolated cabin.

Plus short films: THE WOODS ARE STILL PLAGUED and UNTIL DEATH

On a rescue mission to the North Pole, Captain Mortimer gets more than he bargained for.

Zach Galligan is the Games Master as a man stumbles upon a darkly magical peepshow.

Plus short films: TO RAISE HER SPIRITS and FORE STREET

Plus short films: THE CHAIN and ERIC

Famed as one of the trashiest, but least seen, films ever made in Italy, this is the first screening worldwide for 40

Hack the film industry! Pat Higgins (described as “One of the Masters of Horror” by The Dark

Masterclass full of hacks, tricks and techniques for breaking into the industry, getting your

movie off the ground and getting the maximum amount of bang for your buck.

From coming up with a killer idea through to getting traction on social media, this is a jam-

packed session with plenty of audience interaction, opportunities for Q&A and more indie