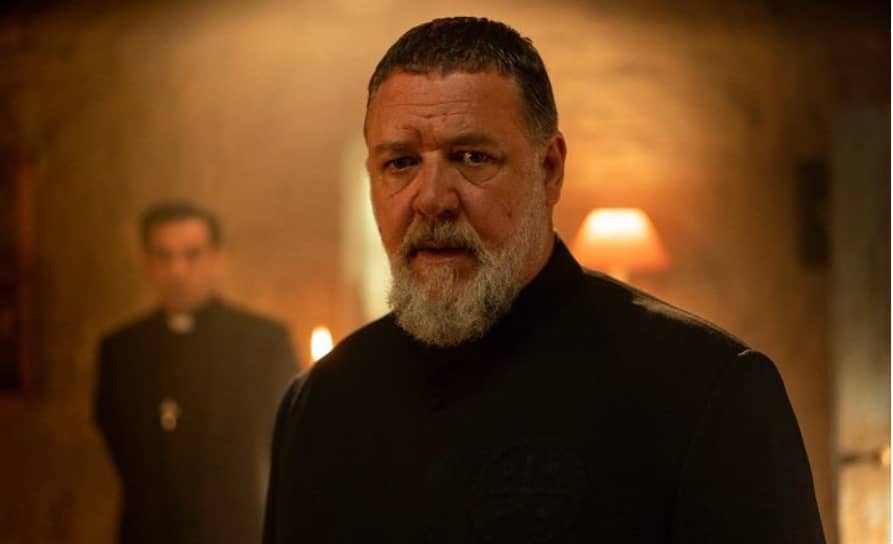 Ella Rebecca has been in love with the horror genre since an early age. The Bride of Frankenstein began her love of the classics and she's been writing and collecting since.
Millions of people are excited about the release of Russell Crowe’s new thriller Poker Face. Though production was halted due to a crew member falling ill, the film has now been fully completed and is ready for its premiere. Aside from being the main star, Crowe is also the director and co-screenwriter of this anticipated thriller. With such a respected Hollywood veteran spearheading Poker Face, fans and casual viewers will surely be in for a treat once this movie is released.

In the film, Crowe plays Jake Foley, a tech millionaire with a penchant for card games. Annually, he hosts a high-stakes poker match, inviting a few of his friends to his impressive estate. With an enticing $25 million pot, there’s no way Foley’s friends can resist. But, there’s a catch. In his most recent gathering, Foley has poisoned his guests, thereby forcing them to answer his questions as truthfully as possible. As the tension starts to rise between the group, things take a turn for the worst as a group of armed men enters the estate. For Jake, the stakes are now life or death as he is forced to defend his home.

What to look forward to

This isn’t cinema’s first foray into a poker-centric movie. Hit films like Molly’s Game and Casino Royale are two examples of movies that use poker as a storytelling vehicle.

Crowe has proven himself to be a formidable actor in the thriller genre, considering he has starred in works like L.A. Confidential, and American Gangster, as well as the upcoming horror movie The Pope’s Exorcist. Aside from this, Crowe’s directorial debut, The Water Diviner, has been met with praise from viewers and critics alike. Though it was a war drama, it will be interesting to see what artistic vision Crowe decides to implement in this movie considering his background in crime thrillers.

Viewers can also certainly look forward to many high-tension sequences based on the trailer alone. We’re introduced to three situations (the game, the poison, and the home invasion) where the film’s thriller aspects will certainly come into play. The film’s title perfectly alludes to the poker term meaning to deceive or hide one’s feelings, so the plot of the movie will certainly be filled with twists and turns to keep viewers on the edge of their seats. Every good thriller needs stakes, and Poker Face will certainly be able to deliver in this regard.

While Poker Face has already premiered at the Rome Film Festival last October 16, it is set for a theatrical release on the same day in November. A week after that, it will be made available on different streaming platforms. Early watchers have given it a score of 8.3/10 on IMDB, proving that it is one that many can look forward to viewing.

Those eagerly waiting for its release can build their anticipation by watching the movie’s trailer. This will easily give them a glimpse of what to expect before seeing the film on the silver (or small) screen. There’s no doubt that Crowe’s filmmaking, acting, and storytelling skills will shine through with Poker Face. Fans are expecting the movie to meet high expectations and there is a lot of hope that the film will go above and beyond to deliver.

← Prev: Comic 'Saga of the Doomed Universe' Coming To Stores This November Next: 'Sinphony: A Clubhouse Horror Anthology ' Coming To DVD →