From the first moment I got a cryptic email telling me about a new game coming from Glen Schofield (creator of Dead Space) called The Callisto Protocol, I was in from the word go! After the first trailer, I was very interested and I brought you guys along for the ride. I’m pleased to say that the awesome folks at Krafton and Striking Distance were awesome and allowed me to take a trip to Black Iron Prison and for this, I thank them for the early Christmas gift!

The Callisto Protocol follows a freight transporter named Jacob Lee who while transporting cargo to the moon of Callisto, has his ship pirated by a terrorist organization and causing him to crash onto the planet that is also a maximum security prison, and in a Kafka twist, he’s arrested and made into the prisoner of the planet for no reason. Shortly after becoming a prisoner, Jacob awakes to find the prison falling into chaos as a mysterious outbreak occurred and is turning prison staff and inmates into monsters.

Now onto the game itself! It should be noted that even though The Callisto Protocol looks a lot like Dead Space don’t go into it thinking it will control like it! When it comes to the controls, it can be a bit complicated, especially during combat and it will take some time to get used to it.

The game is best played with headphones in my honest opinion. The world The Callisto Protocol takes place in comes to life thanks to the ambient sounds that make you paranoid about the airshafts around you! The voice acting is top-notch from all voice actors involved from the main cast all the way to the NPCs. 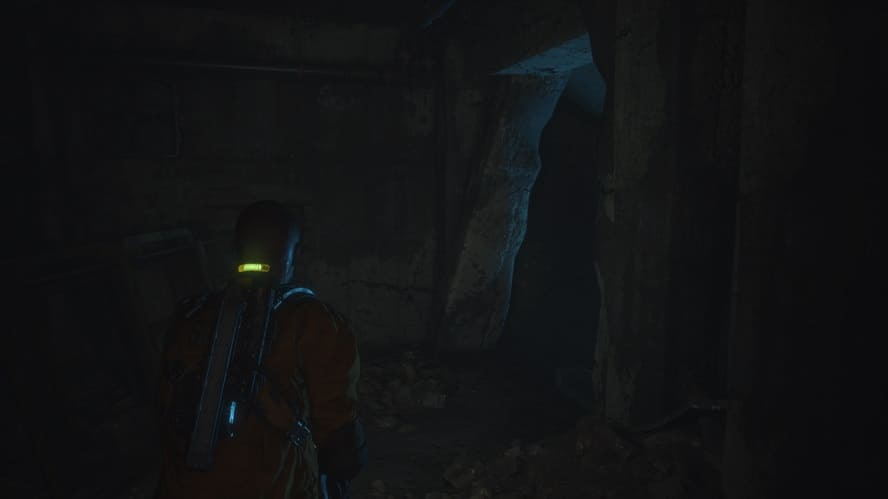 The gameplay is pretty much what you expect, you have a melee weapon that you can use to save ammo as the firearm only helps a little, and of course, you can find credits to purchase upgrades for your weapons by doing what everyone loves to do back in Dead Space, stomping on the corpse of your enemy! Exploration is possibly the best thing you can do in the game as you can find credits, health, and items you can sell at the shop, the only issue is your inventory seems to be quite limited and at the time of writing this I have not found anything to suggest there’s a way to upgrade that.

Overall The Callisto Protocol really takes you back to the look and feel of Dead Space but at the same time, it really does feel like a stand-alone game. They did a good job of making it its own thing and didn’t try to really cash in on fan expectations like a game I’ve reviewed before… With its atmosphere, well-placed scares, honest attempt at being its own game, voice acting, graphics, and sound design I gave The Callesto Protocol a 7.5 out of 10 as the controls (especially during combat) felt like they were over complicated than they should be.

The Callisto Protocol is out now on PlayStation 4, PlayStation 5, Xbox One, Xbox Series X/S, and PC.