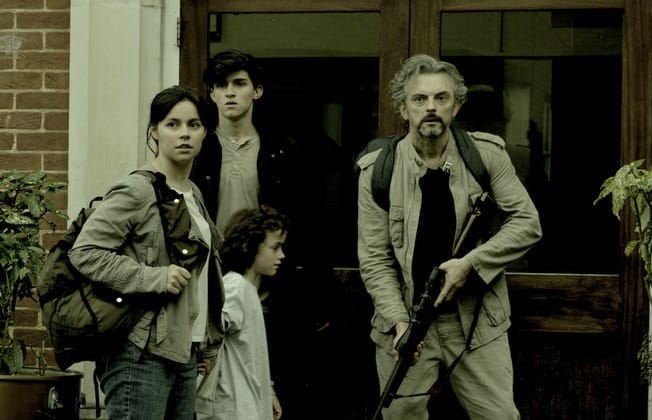 This January, a new nail-biting horror film, Alive, is debuting On Demand from British filmmaker David Marantz. In the first images, a group fights to survive the undead.

In Alive, Helen navigates a ravaged world with her boyfriend Kevin and her little brother Barney. Desperate to find help after Barney’s infection slowly turns him into a zombie, they come upon a house where lives Dan, a man harboring a heavy secret.

Alive lands on Digital and Demand on January 31, 2023, from Gravitas Ventures.