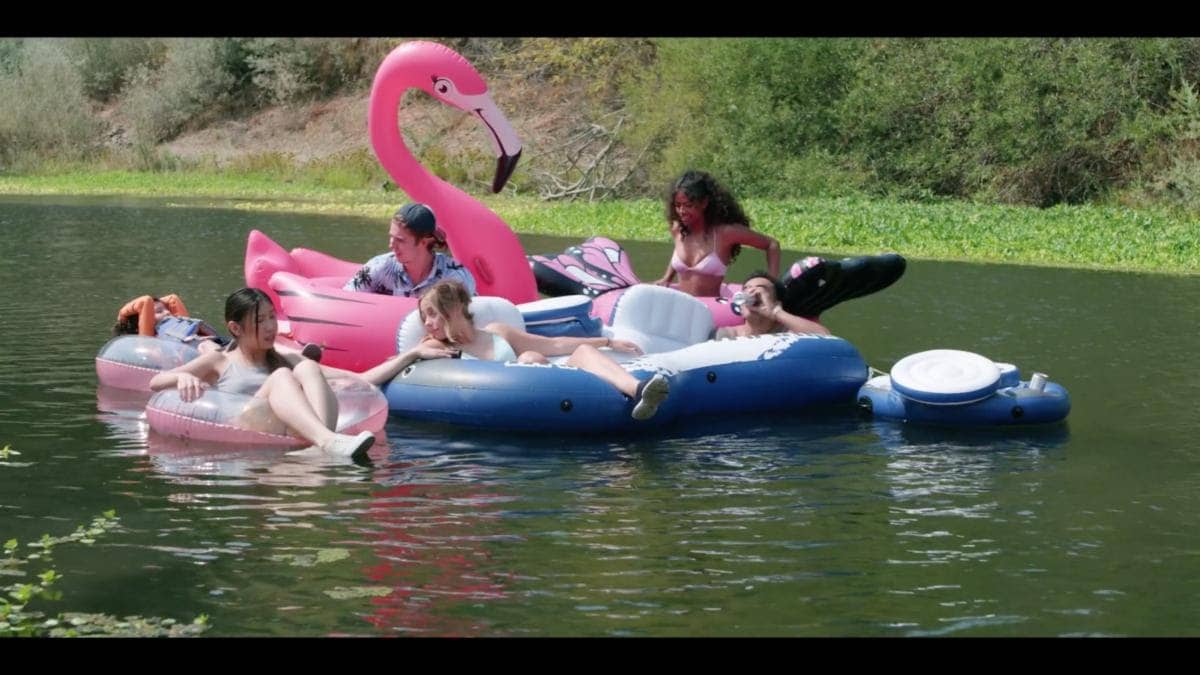 Writer/director Zac Locke’s #FLOAT (2022) combines survival horror and the supernatural for a river trek involving a group of young people who plan to scatter the ashes of a friend who died in the same body of water. Though an interesting exercise, #FLOAT ultimately leaves viewers adrift regarding story details after spending time with characters to whom it isn’t easy to warm up.

Aspiring but struggling vlogger Kali Fyre (Kate Mayhew) and her boyfriend Jackson (Miguel Muñoz) go on the river trip with friends Madison (Scarlett Sperduto), Dee (Kaya Coleman), Blake (Grant Morningstar), and Zola (Christina Nguyen), along with Blake and Zola’s young daughter Thea (Ophelia Lichtenstein). The group plans to pay respect to their deceased friend Chuy (Cristobal Reyes), but first comes heavy drinking and plenty of bickering amongst members who are nonsupportive of each other, harbor sexual crushes, and the like.

Once the river float starts, Thea suddenly disappears underwater and her panic-stricken parents spy her on shore before she disappears once again, this time in the woods. Blake goes searching for her and becomes the first victim of whatever it is happening in the area, of which the hard-partying friends were warned about by a seemingly creepy local (Matt Wise). From here, the body count goes up and the mystery of who or what is offing the group members is thickened. Without wanting to get into spoiler territory, many viewers are bound to find that mystery unresolved.

#FLOAT is technically proficient and well shot, with much of the action taking place in daylight. Locke has a solid sense for building suspense and does well with the film’s more dramatic elements, as well. Although the characters are not particularly convivial, the cast members give solid turns in their roles.

#FLOAT is pretty squarely aimed at twentysomethings and teens, and its focus on a vlogger and her misbehaving buddies will have social influencer fans and detractors alike rooting one way or another, for survival or demise. You can see on which side you fall when #FLOAT, from XYZ Films, is released to VOD and Digital platforms on December 9, 2022. 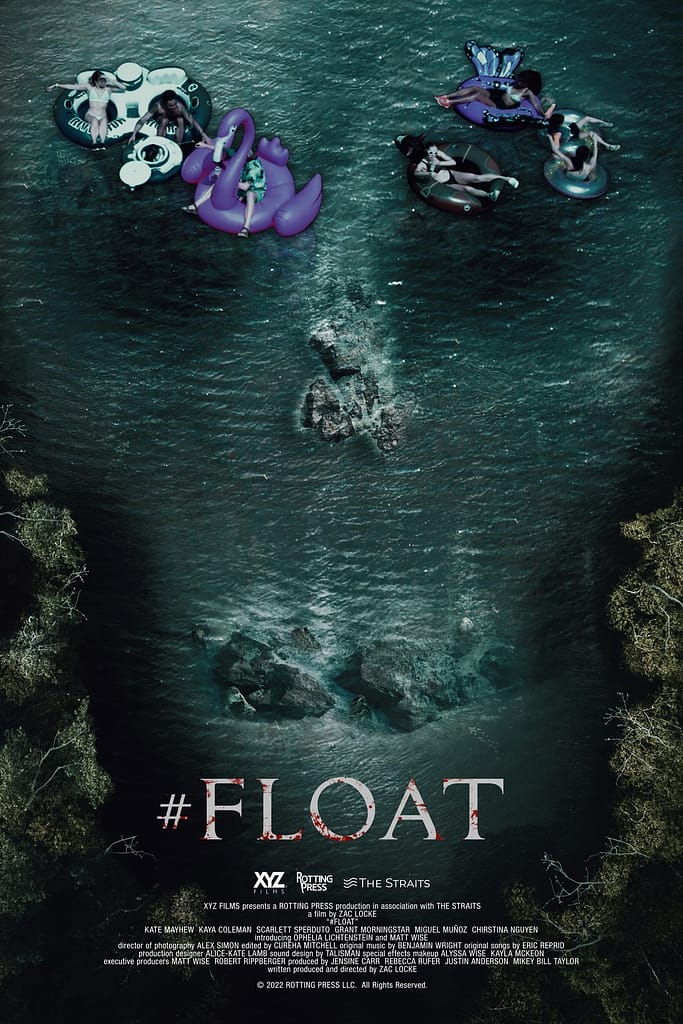 ← Prev: This January, A Group Fights To Survive The Undead In 'Alive' Next: Shorts Reviews: SPECIAL DELIVERY, STUCK, and THE GIFT (Another Hole in the Head Film Festival) →