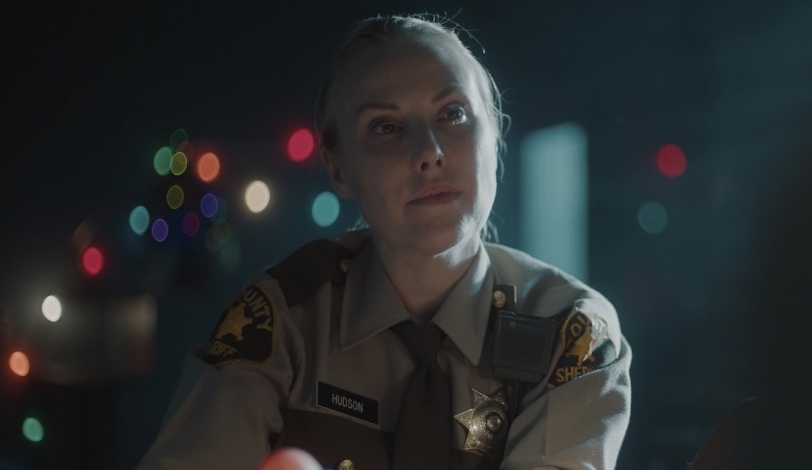 From the co-director of The Retaliators, and featuring horror legend Bill Moseley, comes the new Christmas horror anthology from writers Samuel Gonzalez Jr and Gigi Gustin (story by), Nightmare at Precinct 84, whose trailer has just debuted, teasing four terrifying segments.

“Set on a stormy night on Christmas Eve, a small town female sheriff who secretly is a serial killer gets a visit from a mysterious woman who tells four bizarre stories: the first is about a small boy who has a terrifying encounter with the local ice cream truck. The second is about a young girl who takes up a phone sex operator job to pass the time, but a certain caller has other intentions. The third is about two women who discover the strange reality behind a tiny town they are trapped in, and the fourth is about a man who makes a promise with haunting repercussions.”

Produced by Samuel Gonzalez Jr. and executive produced by Matthew Hersh, Nightmare at Precinct 84 is coming in 2023.